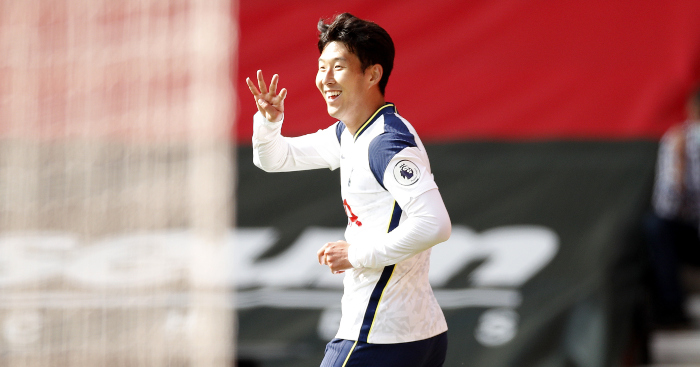 Son Heung-min was at his sparkling best against Southampton, scoring four goals for Tottenham in their 5-2 win at St Mary’s.

Jose Mourinho’s side got off to a terrible start with Harry Kane having a goal ruled out for offside before Danny Ings put the hosts ahead.

Kane provided the assist for all of Son’s goals before getting in on the scoring himself when he stabbed in from close range in the 82nd minute.

Here are seven stats from Son’s incredible performance against Southampton.

– Son had just four shots against Southampton and found the back of the net with all four.

– The 28-year-old is now the second Asian player to score a Premier League hat-trick after Shinji Kagawa scored three goals against Norwich City in 2013.

– He is the first Asian player to score four or more goals in a single game in Europe’s top five leagues Technically, Mark Viduka did do it back in 2000 against Liverpool, but Australia was still part of the Oceania Federation.

– Spurs have now won their last 40 games in which Son has scored. The last time they lost when the South Korean scored was in the 2-1 defeat against Southampton back in the 2015-16 campaign. 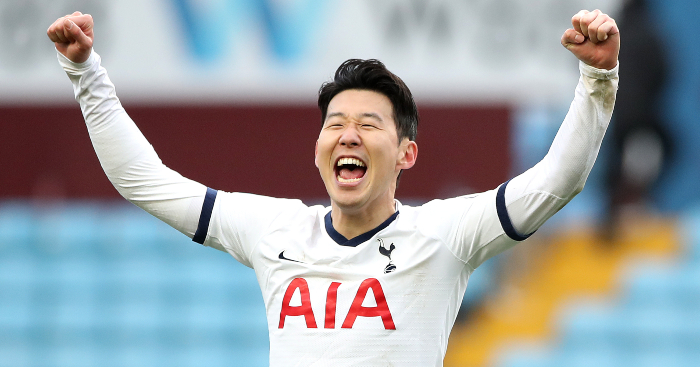 – This is only the fourth time a player has scored a Premier League hat-trick with one player assisting each goal and the first since Thierry Henry to Freddie Ljungberg against Sunderland in 2003.

– Son and Harry Kane have combined for 24 Premier League goals since August 2015, more than any other duo in that time.

– The South Korea international has now scored 89 goals in 232 appearances in all competitions for Spurs and is 18th in their all-time top scorers list.