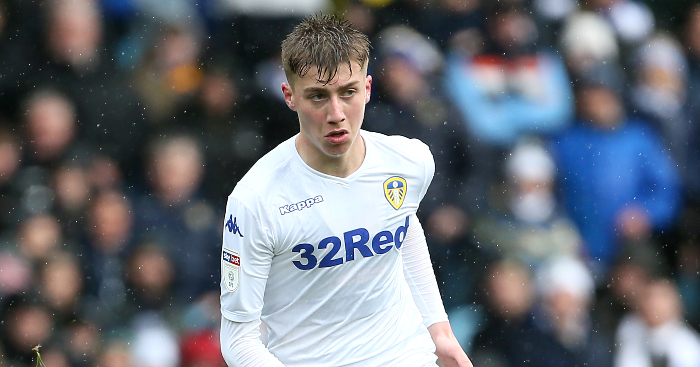 The seven sent out so far for the 2019-20 season will be hoping to catch the Argentinian’s eye, being more like Marcus Edwards at Excelsior than Samuel Shashoua at Atletico Baleares.

Here’s our guide to those seven players hoping for a first-team place for last season’s Champions League finalists.

The former England Under-18 international hasn’t really kicked on in previous loan spells at Southend and Stevenage, with his progress stunted by an anterior cruciate ligament injury last year.

But he’s got an opportunity to play at a higher level than ever before this season, playing for Mark Warbuton’s QPR in the Championship. He’s played all four of their games so far and impressed in the midfield engine room – this is set to be a big season for the 22-year-old.

There was a lot of logic in Jack Clarke being sent back to Leeds United. Marcelo Bielsa famously gave Pochettino his first opportunities in football, and helped shape his tactical acumen and man-managing skills at Newell’s Old Boys and the Argentina national team.

Last season at Leeds, Bielsa gave Clarke his break, who announced himself with electric performances against Derby and Aston Villa. Still a raw talent, it made sense for Tottenham’s £10m summer signing to continue his development at Elland Road.

But things haven’t started off ideally this term. He’s yet to play a minute in the league, and has dropped out of the squad altogether in Leeds matches with Wigan and Brentford due to a maximum of five loanees, with Arsenal striker Eddie Nketiah usurping him.

Despite that, the Leeds manager reiterated that Clarke remains a big part of his plans this season.

“For me he’s an important player who has very good individual skills, one vs one,” said Bielsa.

“In this moment I am focusing on three wingers. They are putting in good performances, but Clarke will be in or be a substitute.”

The Southend-born USA international impressed at Graham Potter’s Swansea City last season, and will hope to take another step forward at Stoke City this time.

But it’s not been an ideal start. The centre-half is yet to make a Championship matchday squad in four games, despite injuries to Ryan Shawcross and Bruno Martins-Indi.

He did appear in Stoke’s 1-0 win over Wigan in the Carabao Cup, the only clean sheet they’ve kept this season. In the league, the Potters are bottom of the Championship table after four games, with 10 goals conceded, the worst defensive record in the division.

The 20-year-old forward will be playing under Darren Moore at Doncaster Rovers in League One this season, having been a peripheral figure in Sunderland’s ill-fated promotion push last term.

Cyprus international Georgiou will be competing against Sterling in League One this time out, for Paul Lambert’s Ipswich as they bid to return to the Championship at the first time of asking.

There’s big hope for George Marsh’s future at Tottenham Hotspur, having made his senior debut in the FA Cup last season, as well as being part of the travelling squad for last season’s Uefa Champions League final in Madrid.

He can play either as a right-back or a centre-back. He won’t be too far from home this season as he turns out for Leyton Orient. The club returned to the Football League last season under the guidance of Spurs legend Justin Edinburgh, who tragically died shortly after.

Enfield lad Jack Roles will be spending the first loan spell of his career at Cambridge United during the 2019-20 season, and he’s turning heads for his performances in midfield already.

Evidently quite the hit at The U’s.

Quick question @SpursOfficial – this lad @JackRoles_ you’ve lent us… is he actually a wizard? 🧙‍♂️⚡️