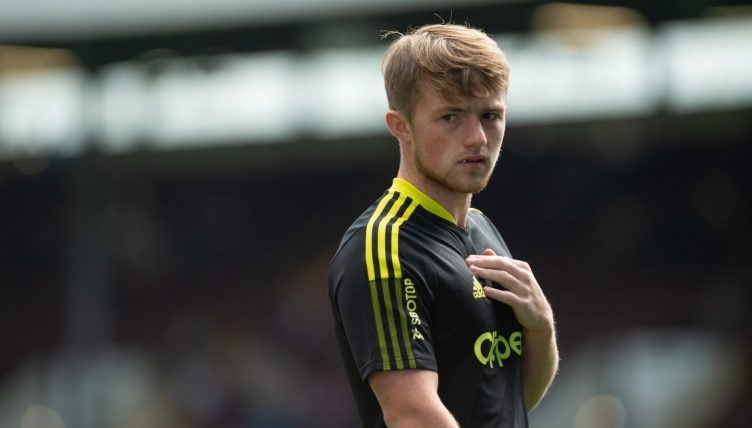 Fans of every Premier League club look to their youth academies to provide their stars of the future – and supporters of Arsenal, Leeds and Tottenham will be encouraged by what they’ve seen in the Premier League 2 this season.

The PL2, which replaced the old U21 league in 2016-17, places a greater focus on technicality, physicality and intensity to bring players as close to first-team experience as possible.

We’ve identified seven young talents that have lit up the PL2 season so far.

Balogun started Arsenal’s first Premier League game of the season, the 2-0 defeat at Brentford, but hasn’t been selected since.

No matter – the 20-year-old has been on fire in the PL2 this year and has scored 10 goals in eight appearances in the competition.

His latest was a stunning equaliser to salvage a 3-3 draw against Leicester and Mikel Arteta has spoken about Balogun’s future at the club.

“We will see what happens,” the Arsenal boss said. “Again, with Flo, we have a really clear project.

“The steps that he’s making, they are the right steps. Don’t forget he is really young, he hasn’t played almost any professional football, and you need to go through every phase – and don’t try to jump phases when you are not ready to do so.

“Again I’m really happy with him, he’s making the right progress and in December we will see where we are and what’s the best for him as well.”

Gelhardt has been one of the breakout stars of the season so far, impressing Leeds fans with his cameo appearances in the first team.

While the injury woes of Patrick Bamford have created the opportunity for Gelhardt to play in the Premier League, his stunning form for the U23s made him the name of everybody lips.

The 19-year-old has managed six goals in seven PL2 appearances and the signing from Wigan won’t be playing at this level for much longer if this season is anything to go by – he’s already showing what he can do in Marcelo Bielsa’s first-team.

Arguably the standout player in PL2 this year, Markanday is likely to become the first British-Asian to play for Tottenham in the Premier League.

The winger celebrated his 20th birthday in August and has already notched 10 goals in 10 appearances for Spurs’ U23s this year.

And Markanday made his senior debut during the 1-0 defeat to Vitesse in October, with Football Insider correspondent Ben Wild tipping him for more.

“Dilan Markanday popped up yet again with an injury-time goal in a 1-0 win over Manchester United,” he said in November 2021. “It was a strong Tottenham team against a very decent United team.

“He’s playing amazingly and doing himself absolutely no harm as he looks to get another first-team chance.

“I can’t speak highly enough of Markanday. He keeps getting better every week and he is showing no signs of slowing down.”

They call McAtee the ‘Salford Silva’ at Manchester City and, based on his form this season, it’s not hard to see why.

Another young talent who’s scored 10 goals in as many appearances this year, the midfielder is the latest creative talent to break through City’s youth ranks and press for a first-team place.

But hopes of McAtee emulating Phil Foden are currently on hold until the 19-year-old signs a new contract at the Etihad.

With Manchester United, Barcelona and Liverpool among others monitoring the situation, Guardiola will be desperate to tie McAtee down long-term.

It’s not just Premier League clubs that are eligible for PL2 – 10 former top-flight clubs with good youth facilities participate in the competition and Sunderland striker Harris is the pick of the bunch.

Just a quick glance at his statistics would confirm such a statement. In just seven matches, Harris has scored nine goals (including two hat-tricks) and been the matchwinner on two occasions.

“Will is a really good player,” Sunderland U23 coach Mike Dodds has said. “He’s like that old-school classic number nine, and his hard work shows he deserves his success.”

The 20-year-old from South Shields looks to have a big future in the game.

The future looks brighter at Arsenal after a shocking start to the season. It may look even brighter in the next few years if Patino can fulfil his potential…

Wayne Rooney, Ross Barkley, Leon Osman… Everton have nurtured some cracking footballers down the years and Whitaker may be the latest off the Goodison conveyer belt.

After joining from Blackburn at the age of 12, Whitaker has really caught the eye with his performances this season. He scored a hat-trick in the final PL2 game of last season and already has five goals and one assist this year.

“For the size of him, he is good in the air, he is brave, we just need him to link play, and the future is bright for him,” said Everton coach David Unsworth earlier this year.

“I’m not getting over-excited, because you can’t, it is too early. But the signs are very, very good.”