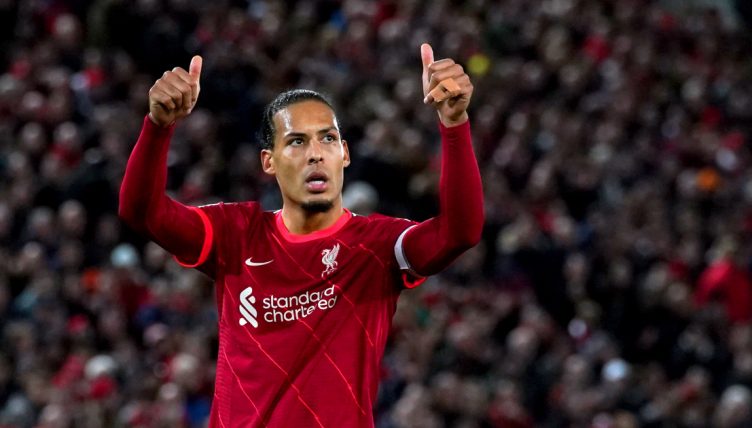 It was a long wait, but Liverpool centre-back Virgil van Dijk has finally tasted defeat in a Premier League match at Anfield.

One of the most impressive ongoing stats in football, the run came to an end in Liverpool’s 2-1 defeat at home to Leeds United, which was sealed by an 89th-minute winner by Crysencio Summerville.

Liverpool have usually been rock solid at the back with Van Dijk marshalling the defence, particularly at Anfield, but Jurgen Klopp bemoaned the manner in which they conceded the late goal.

“It was a set-back, absolutely. I thought we had a really good start then conceded a freakish goal. We scored the equaliser but for some reason it didn’t give us the security back,” Klopp told Sky Sports.

“We struggled to control the game and gave too many balls away. The boys tried, we had good possession and had big chances but, in the end, if it is 1-1 and you defend the situation around the second goal like this, you leave everything open.”

It might not have been Van Dijk’s night, but it helps put into context how impressive it was to go unbeaten at Anfield for so long. We’ve trawled through the numbers to bring you nine stats that highlight just how incredible that long unbeaten run was.

– With the 1-0 victory against West Ham in October 2022, the run reached a mammoth 70 Premier League games without a loss at Anfield for Van Dijk.

– Van Dijk holds the record for most home games for a single club without ever losing in the Premier League, having long surpassed Lee Sharpe at Manchester United (55 games).

– Here’s that record in visual form:

– The likes of Sergio Aguero, Erling Haaland, Kevin De Bruyne, Cristiano Ronaldo and Harry Kane were unable to break Van Dijk’s record. Instead, it was Leeds’ rising star Crysencio Summerville that did, on the eve of his 21st birthday.

– When he has played at Anfield in the league, Liverpool have kept 37 clean sheets and conceded just 48 goals. That’s an average of just 0.67 goals against per game.

– Without Van Dijk, Liverpool have lost six of their 18 home games in the Premier League since his signing. Those six defeats came in successive games during his long-term injury lay-off in the 2020-21 season. That’s a loss ratio of 33.3%.

READ NEXT: 13 times Virgil van Dijk showed he could easily be a world-class forward