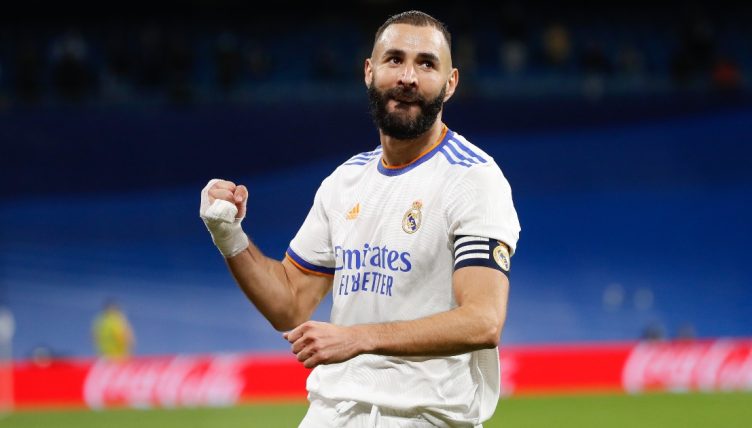 After a chastening 2020-21 season, Real Madrid have started the season in determined fashion – and Karim Benzema is leading from the front.

Despite Madrid relinquishing their La Liga title and enduring a meek defeat to Chelsea in the Champions League, Benzema scored 30 goals last year and has started this season in red hot form.

We’ve collected seven stats that illustrate just how good Benzema so far has been this season.

All the highlights from Los Blancos' 6-1 win this evening! 🎬#LaLigaTV pic.twitter.com/j66uMSaqnJ

– His goal tally equals Barcelona’s entire total and his total goal contributions are higher than the goal tallies of 14 La Liga clubs.

– Benzema is only two assists away from equalling his total from both last season and the 2018-19 campaign.

– His two goals during the 6-1 win over Real Mallorca took Benzema to 200 La Liga goals for Real Madrid – just 28 behind club icon Raul.

With 8️⃣ goals this season, Karim Benzema has now scored 200 goals in the white of Los Blancos

His first in 2009 was pretty special too ✨pic.twitter.com/pN0LMNntL9

– The 33-year-old striker has taken 23 shots in La Liga this season – five higher than any other player in the league.

– Benzema’s explosive run of form is just part of Real Madrid’s strong start to the season – their 21 league goals represents their highest total after six matches since 1987.