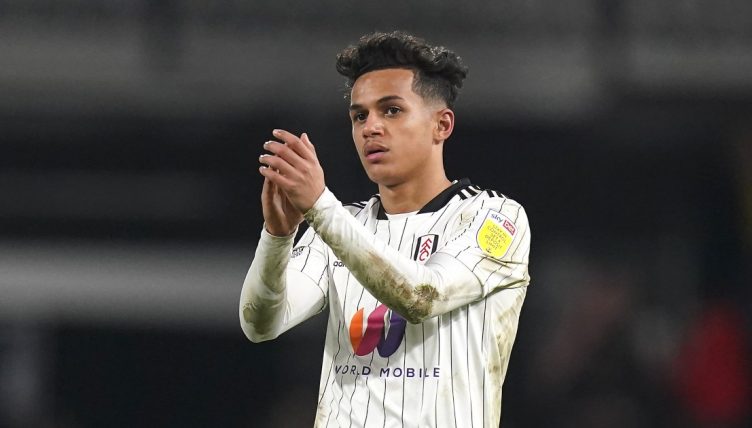 Not very many players turn up to face Manchester City and produce a top-class performance, and even less do it playing with a team from the Championship. But Liverpool target Fabio Carvalho did just that.

Carvalho starred in Fulham’s FA Cup match with the Premier League leaders, opening the scoring for the West London side. The 19-year-old Portuguese starlet impressed all match, even as his side lost 4-1.

It sent a message to Jurgen Klopp and Liverpool not to let him slip through their fingers in the summer as he did in the January window, with his move to Anfield falling apart at the last second.

The deal was all but completed, with the clubs agreeing on a deal that ensured the Portuguese attacker would return to Fulham on loan for the rest of the season.

But the relevant papers were not signed in time by both clubs, preventing the deadline day deal from occurring.

They reportedly remain in talks over the youngster and Carvalho looks set to join Liverpool when his contract expires in the summer.

“We are still interested, it would be crazy if not. But at the moment it’s not in our own hands,” Klopp said of the club’s interest in Carvalho. ‘It was late before the window closed. It didn’t work out but we will see what happens.”

So here are seven stats from Carvalho’s performance that prove he is a worthwhile signing for the Reds.

– Carvalho took just four minutes to score the opening goal of the match, tapping in from close range to put Fulham on top. That’s the earliest goal City have conceded all season.

– It was the 19-year-old’s eighth goal of the season which, along with his four assists, means he has contributed directly to a goal 12 times in 20 appearances.

Liverpool target Fabio Carvalho scored this against City in the cup pic.twitter.com/uVHdMoxu9u

– The game against Manchester City was also the fifth game in a row that he has now scored or assisted in, scoring four and assisting three.

– His performance was not just impressive for his goal. He had an 83% pass accuracy at the Etihad, impressive for a youngster playing in the attack against one of the best teams in the country.

– Despite Fulham having just 39% possession, Carvalho also demonstrated his playmaking ability and created one chance during his 88 minutes on the pitch

– Of Fulham’s three shots on target, Carvalho was the product of two of them as he also forced a save from Zack Steffen in the second half.

– He drew two fouls during the match, using his impressive dribbling ability to win a couple of free-kicks for the away side.