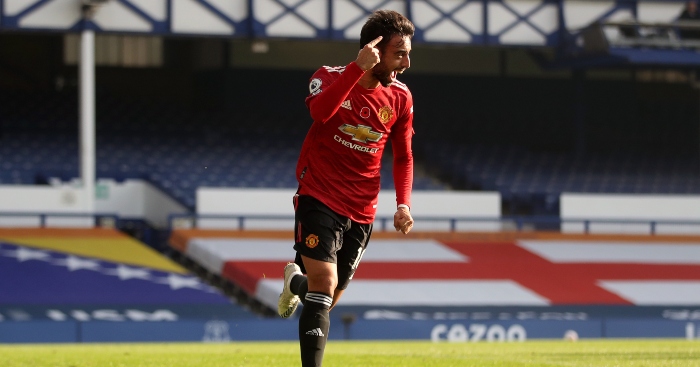 Bruno Fernandes has made a substantial impact since joining Manchester United from Sporting Lisbon in January 2020.

The Portugal international clearly makes United click – his arrival proved the catalyst for Champions League qualification last season, and he made the difference yet again in their 3-1 win over Everton.

– Fernandes has now been directly involved in 23 goals in 21 Premier League appearances, averaging a goal every 76.6 minutes.

– In all competition, he has scored 18 goals and provided 13 assists in 33 appearances for Ole Gunnar Solskjaer’s side.

– Since Fernandes made his debut in February 2020, Mohamed Salah is the only player to score more than his 13 Premier League goals.

– Despite being called a penalty merchant, he has scored seven non-penalty league goals since making his debut. No Premier League midfielder has scored more in that period.

– With 10 goals and five assists, Fernandes has more goal involvements in his first 10 Premier League away matches than any player in the competition’s history.

– His efforts against Everton were acknowledged with the Man of the Match award – the fifth time Fernandes has been given the accolade since moving to England. No player has received more during the period.