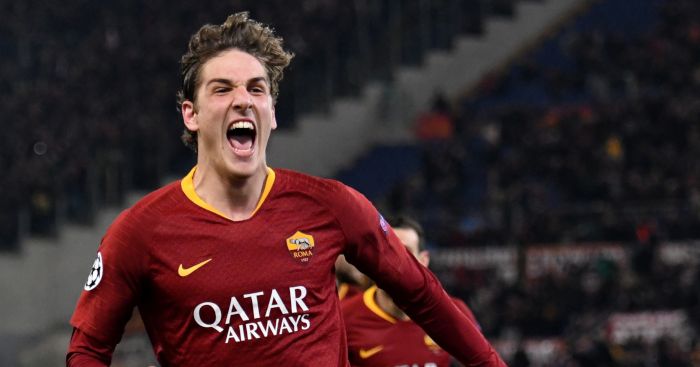 Football clubs, or at least football fans, are obsessed with trying to sign the next big thing.

Signing a hot prospect is one of the most exciting possibilities in a transfer window – no matter how the player ultimately develops.

We’ve taken a closer look at seven teenagers who will have plenty of admirers this summer.

According to Goal, Arsenal have made Saliba their main transfer target this summer and are lining up a £25million for the Saint-Etienne defender amid interest from Manchester United.

Former Red Devils boss Jose Mourinho recently praised the 18-year-old, saying: “I think he has everything needed to become a good player, much like Kurt Zouma, who I signed.”

The France Under-19 international, who was coached as a youngster by Kylian Mbappe’s father, has caught the eye after making his first-team breakthrough for Saint-Etienne this term, with the side just missing out on Champions League qualification to Lyon.

It’s not hard to see why.

Only 19, João Félix has an unbelievable future ahead of him! pic.twitter.com/h2s3D8rwdz

Barcelona are reportedly interested in uniting De Jong with De Ligt, but a deal has yet to be confirmed and the centre-back has also been linked with Liverpool, Manchester United and Manchester City.

Yes, he’s still just 18 FFS. Fulham’s season in the Premier League may not have gone as hoped either collectively or individually for Sessegnon, but he now has over 100 senior appearances to his name, and six assists and two goals should hardly be sniffed at from a teenager in his maiden top-flight campaign.

Liverpool, Manchester United (you can almost take both of those as a given due to the nature of how transfer rumours work) and Tottenham have all been linked with a move for the left-sided player.

A name which has become familiar over the past couple of seasons, Havertz has just completed his third season with Bayer Leverkusen’s first team and already has three Germany caps to his name.

The 19-year-old has stepped up a gear in 2018-19, bagging 20 goals and six assists in all competitions, drawing comparisons to another Leverkusen goalscoring midfielder in Michael Ballack.

Bayern Munich, on a recruitment drive of some of the best young talent in Europe, have been linked with a €75million move, with Joshua Kimmich telling FourFourTwo in 2018: “Kai Havertz is a player who would suit us well.”

But Leverkusen sporting director Rudi Voller is determined to keep hold of Havertz for one more season.

“There is no discussion with him anyway,” Voller told Sky Sports. “He is a wonderful footballer, but he is only 19. One year – at least – at Bayer Leverkusen would do him good, and then we’ll see.”

Kai Havertz can do mad things with a football at his feet 🤯pic.twitter.com/Zh8AzW2YTY

Inter may live to regret allowing Zaniolo to join Roma as part of the deal which saw Radja Nainggolan move to the San Siro last summer.

The 19-year-old has impressed in his maiden Serie A campaign, breaking into Italy’s senior squad and reportedly catching the eye of Real Madrid, Arsenal and Juventus.

According to The Mirror, Tottenham are lining up a £40million bid for the midfielder, who was compared to Steven Gerrard and Frank Lampard by Inter Primavera coach Stefano Vecchi.

You may have heard about him this season. Borussia Dortmund may have ultimately failed to win the Bundesliga title, but Sancho’s form has been nothing short of ridiculous: 13 goals and 15 assists in all competitions from a 19-year-old enjoying his first full season of senior football.

Manchester United are going to be linked with the winger forever more, even when he eventually joins Real Madrid or returns to Manchester City.