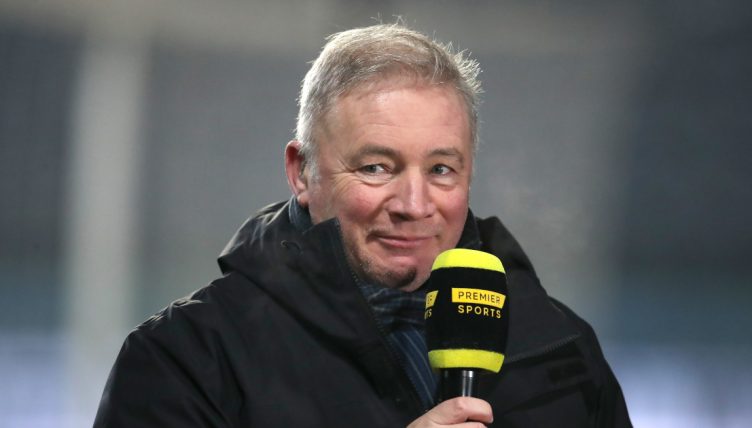 Ally McCoist is probably the greatest co-commentator in football. If you can’t make it to the game, listening to him share stories, make jokes and marvel at what he’s seeing is the next best thing.

It’s a crime he isn’t invited to do more games, but when he is on duty, especially alongside commentator Jon Champion, sparks fly as the two put out the very peak of what footballing commentary can offer.

McCoist is brilliant because he doesn’t hold back his emotions nor his opinion. Yes, he provides the analysis and expert opinion that a co-commentator should, but more importantly in him we see ourselves; as he shouts in astonishment and laughs at tricks the same way we do at home or in the pub.  And then there’s his Scottish accent topping it all off.

So here are seven recent examples of when his co-commentary proved he was the best around, in no particular order.

If there’s one thing McCoist loves it’s his beloved Scottish national team and, in this crucial European World Cup Qualifier, McCoist was at his brilliant best all match.

Shouting alongside the crowd, the match and McCoist’s commentary peaked when Scott McTominay put home an injury-time winner to all but secure the Scots’ place in a playoff for the first time in decades in front of a packed Hampden.

As soon as the goal went in he couldn’t control himself, and you can hear him let out a scream in the background trying not to do so into his mic.

“Ah come on listen to this place!” he shouts, voice strained, as he manages to somewhat compose himself.

“Absolutely brilliant, and you know something it’s no more than we deserve, absolutely tremendous.”

The goal goes in on the 4.23 mark, but watch the whole thing. It’s beautiful.

Shall we watch that one again? 🤩

Here’s all the goals and drama from an electric Hampden Park as @ScotlandNT beat Israel thanks to that injury time winner 🏴󠁧󠁢󠁳󠁣󠁴󠁿🙌🏼 pic.twitter.com/kUiiJapmoh

Sometimes when you see a beautiful goal you scream and shout, other times you’re so stunned you can barely speak nor believe what you’ve just seen.

That was the case for McCoist when Mahrez scored this beauty against Everton in the Premier League in February this year.

“Peter, that’s ridiculous… that is… holy smokes, that’s unbelievable” was all he could manage, in a tone that let you knew just how much he couldn’t quite fathom what he was seeing.

It also showed off one of his best little quirks when he spoke directly to the commentator, in this case, Peter Drury, which he frequently does. It’s just another thing that makes you love him.

Yes, we’re back to Scotland again, but you can’t blame McCoist for being most excited when his nation plays.

This time it was the Scottish destruction of Denmark in their own backyard that had McCoist producing some top drawer commentary throughout the match.

His best bit came when Scotland didn’t even score, but failed to take the chance to convert a third.

“Oh, oh oh no!” McCoist shouted, probably along with every other Scotland fan watching. Apart from the guy filming, however, he couldn’t stop laughing and neither could we watching this.

Ally McCoist once again proving why he’s the finest co-commentator in the world🤣🤣🤣 pic.twitter.com/HYFa1kwP7e

‘Ally McCoist and the Commentator’s Curse’ sounds like a Hary Potter book, but when he predicted how Raphina’s free-kick was going to play out for Leeds it became reality for the Scotsman.

If you’ve never heard of it, the commentator’s curse is a phenomenon where the commentator says something and then the opposite ends up happening soon after, i.e. a goal going in right after they said “This has 0-0 written all over it.”

It’s an affliction we’ve all been at the wrong end of, confidently telling our mates that this penalty is going wide only for it to nestle in the top corner.

But unfortunately for McCoist he was commentating when Raphinha stepped up to fire a freekick into the box that McCoist assured the audience was getting “whipped in with unbelievable pace.”

You can hear him chuckle after it went high and over, because of course it did.

Give me Ally McCoist on every game of football.
pic.twitter.com/PTpwsC8JYu

When you go to the football, what’s the most important thing? The match? The pre-match drink? No, it always has and always will be the food.

But when a young woman decided to put Chips on a pizza, fold it up and chow down before Hibs faced Rangers in the Scottish Premiership a couple of years ago I’m sure she didn’t expect to have her food choices analysed by McCoist.

“I tell you right now, tactically she has got this all wrong,” McCoist began his scathing review.

“There is absolutely no way on this earth you should be putting tomato sauce on any form of Pizza.”

We quite agree. This is an iconic bit of commentary (if you can call it that).

We must protect Ally McCoist at all costs. pic.twitter.com/8fh25jNfYk

Sometimes you see a bit of skill that you can’t quite believe and all you can do is laugh at the ridiculousness of it.

That was the case for McCoist when he watched Firmino absolutely do Joao Moutinho at Anfield.

The “are we getting another wee look at that?”, the oof and the little chuckle: it’s perfect.

Every video on earth can be enhanced by Ally McCoist chuckling along to it pic.twitter.com/05g9Z4lYuj

Ally McCoist was some player back in his day, but as Jon Champion pointed out to him last year he wasn’t quite up to it when he played Liverpool.

Champion had clearly had enough of McCoist’s antics as he released a trade of stats about McCoist’s performances against the Reds, much to the amusement of the Scotsman.

We’re including this in here because McCoist’s little laugh at the end makes it all the better.

We all need putting in place sometimes.

Jon Champion tearing Ally McCoist to pieces has been the highlight of the game so far pic.twitter.com/ps2z96sCGo