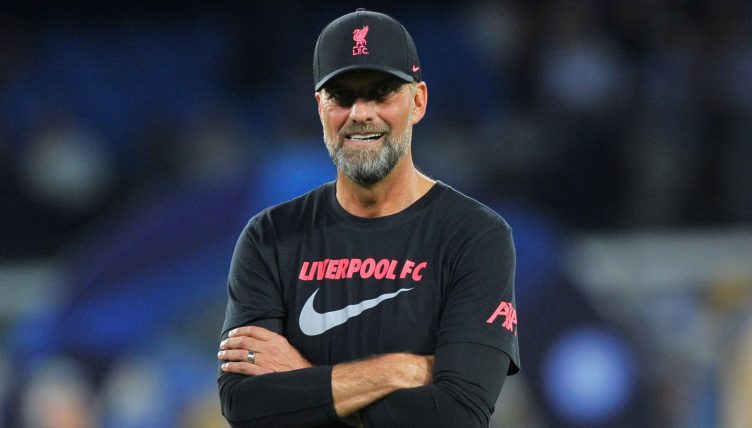 As well as being one of the best managers in the world, Liverpool’s Jurgen Klopp is also one of football’s genuine good guys.

Klopp has captured the hearts of Reds over the last seven years, and while his cheery manner is not everyone’s cup of tea, there are also plenty of neutrals that are fond of him too.

We’ve taken a look back at eight times the manager has shown his class off the pitch.

After a young Liverpool fan wrote to the manager about the stress and anxiety he had over starting secondary school, Klopp took time out to send him a letter with some advice.

“Hello Lewis, can I start by telling you a secret?” the letter read.

“I get nervous. To be totally honest, I would be worried if I did not get nervous because when it happens it gives me the chance to turn that energy into something positive.

“I know it might be strange for a boy of your age to think that the Liverpool manager can feel the way that you do but I do.

“From your letter, it is clear that you are very thoughtful and also very caring and when you have these qualities it is very hard to avoid getting nervous.

“You asked me what I do when my players feel this way and the answer is simple – I remind them of how important they are to me and how much I believe in them and I have no doubt that it will be exactly the same for your family with you.”

Jürgen Klopp's personal letter to an 11 year old child who wrote to him about his stress and anxiety over starting secondary school this September gone.

He is much more than just our manager. 👏 #LFC pic.twitter.com/qqgddokfp3

Klopp spoke openly of his admiration for NHS workers during lockdown and tried to help by offering to pay for their shopping.

“It’s interesting during the lockdown he was seen on the streets, completely oblivious to whether anyone was watching, clapping ambulances when they went past.

“He was going into shops and giving large amounts of money, in the thousands, to the manager and said take £50 off everyone’s bill today. Take money off NHS workers’ grocery bills.

“He’s that sort of man. He wants to be like the man in the street.”

After helping Wycombe clinch promotion to the Championship, Akinfenwa, a long-time Liverpool fan, added that his day could only get better if Klopp were to “hit me up on WhatsApp”.

The Liverpool manager duly obliged by sending a congratulatory video message and even invited the striker to the club’s title parade.

Are u crazyyyyyyy the man, the myth, the legend sent me a Watsapp. Today can’t get any better. Thank you Klopp #YNWA #Beast20 #BeastMode we did it #champHereWeCome 💪🏿🙏🏿💙 pic.twitter.com/9RgiKZkYt2

Liverpool won the Premier League in 2019-20 but the likes of Harvey Elliott and back-up goalkeeper Andy Lonergan looked set to miss out on a medal after playing less than five games.

Klopp felt that everyone played their part in the title triumph and promised that no member of his squad would miss out, vowing to give away his own medal if necessary.

“I am not sure who came up with that idea but I don’t think it is a good rule,” Klopp said. “People don’t understand how important a squad is to win a championship. Even if you play no game, you should get a medal.

“If you are the second goalkeeper and you don’t play, you should get a medal because you train five million times for a year and if you don’t train at the highest level you have no chance to win a championship.

“So someone decides they need five games to win a medal? These boys will get a medal 100% even if I have to produce it by myself. They can have my medal but it is not really the right rule. What is that?

“We have to win football games and it is not about that. We cannot just give the appearances away here and there. But if they deserve a medal they will get a medal, if not from the Premier League then from me.”

The manager made good on his promise and ensured that his squad all received Premier League winners’ medals.

Liverpool fan Sean Cox suffered life-changing injuries after he was assaulted outside Anfield ahead of the Champions League semi-final clash with Roma in 2018.

Klopp made a £5,000 donation to the rehabilitation fund set up in Sean’s name and also welcomed the 55-year-old back to Anfield after Liverpool’s 3-1 victory over Manchester City in 2019.

“He was very happy to see me and I thought I am much more happy to see him, but I think we had a draw! It was special, it was nice. His wife and son were there as well, it was a wonderful day for them as well. It’s what we wanted.

“I can say already that if he moves to Liverpool then he gets a season ticket, 100%!

“It was for all the boys really important news when we heard he was able to come to the stadium and watch a football game. I saw him and he could enjoy the game. So, all good.”

This picture is absolutely class. Jürgen Klopp alongside Sean Cox after Liverpool's victory over Man City. Cox attended his first Liverpool game at Anfield today since being attacked by Roma hooligans that left him in a coma. ❤ #LIVMCI pic.twitter.com/8gCvmQlJqM

A 10-year-old Manchester United fan made headlines in 2020 after writing to Klopp asking him to stop Liverpool from winning the title.

While the Reds did still win the Premier League, Klopp let him down gently with a classy and touching response.

“Unfortunately, on this occasion, I cannot grant your request, not through choice anyway,” the letter read.

“As much as you want Liverpool to lose it is my job to do everything that I can to help Liverpool to win as there are millions of people around the world who want that to happen, so I really do not want to let them down.

“Luckily for you, we have lost games in the past and we will lose games in the future because that is football.

“The problem is when you are 10 years old you think that things will always be as they are now but if there is one thing I can tell you as 52 years old it is that this most definitely isn’t the case.”

Jurgen Klopp is a class act, here's a brilliant letter he wrote in response to a young Man Utd fan who wrote asking him to stop Liverpool winning games pic.twitter.com/MWjBgLXROu

Despite Liverpool’s rivalry with Everton, Klopp proved that club colours don’t matter during a visit to Alder Hey Children’s Hospital in 2018.

The manager sat down with a young Everton fan to find out more about his Cystic Fibrosis and the amazing work the hospital does to help.

After having a kickabout in the gym, he handed the schoolboy a Liverpool FC football to use during his activity sessions.

“I’ve only got this one ball… a red one,” Klopp said. “But this is your ball from now on. Do whatever you want, kick it in the sea or whatever but maybe you can have a bit of fun with it.”

Gundogan is one of the few players to have turned out for both Klopp and Pep Guardiola.

The Germany international has starred for Man City in recent times, lifting four of the last five Premier League titles, but he first rose to prominence at Klopp’s Dortmund, where he made over 100 appearances.

Klopp doesn’t exactly have a reputation as the most magnanimous loser in football, with some terse post-match interviews after painful defeats, but he showed a classy touch after Gundogan played a key role in Manchester City’s dramatic final-day victory over Aston Villa last season.

The midfielder came off the bench and scored twice as City came from two goals behind to beat Steven Gerrard’s Villa 3-2, claiming three points that were vital in pipping Liverpool to the title.

“He was one of the first [to message],” Gundogan revealed.

“We have always treated each other with the utmost respect. He had another very good season with Liverpool and made life extremely difficult for us. He’s just an outstanding guy and coach, and he’s shown that over the years.”