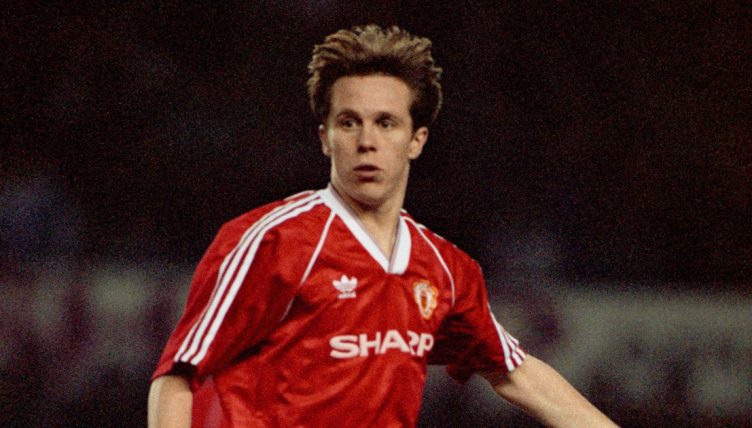 While everyone remembers Manchester United‘s iconic Class of ’92, they weren’t the first group of young players that Sir Alex Ferguson worked with at Old Trafford.

Ferguson had some talented young players on his books in the late 1980s and they were the first group to be dubbed ‘Fergie’s Fledglings’ by the press.

We’ve taken a look back at Ferguson’s first batch of fledglings to see how they all fared.

After winning United’s Young Player of the Year award in 1987-88, Martin replaced Arthur Albiston and became their first-choice left-back over the following two seasons.

He only scored two goals for the club but one of them was the winner in the 1990 FA Cup final replay against Crystal Palace as Ferguson secured his first trophy at United.

But the defender struggled with injury problems after that FA Cup final win while Clayton Blackmore and Denis Irwin established themselves as United’s first-choice full-back pairing.

Martin was sold to Celtic in January 1994 and then had a spell at Bristol Rovers before seeing out his playing career in non-league football.

“If you’d told me at 16 I would play 110 games [for United] and score the winner in the FA Cup final I’d have snapped your hand off,” Martin told the Sun.

“I was a United fan, I still am, and it was just a great time. We all felt it was the start of a new team and to play my part in it is something I’m so proud of.”

Gill was handed his first-team debut early in Ferguson’s reign, filling in for the injured Bryan Robson during a 1-1 draw away against Southampton in January 1987.

“I’d never played in central midfield at United before so it was a surprise and I imagine very much a gamble for the manager,” Gill told Retro United.

“I was wearing Bryan Robson’s No.7 shirt and just so happened to wear New Balance boots at the time so I got a bit of stick in the dressing room along the lines of who did I think I was.”

But an Achilles tendon injury derailed Gill’s progress, keeping him on the sidelines throughout the 1987-98 season.

He started to become a first-team regular in 1988-89, only to suffer a broken leg and a shattered ankle during a game against Nottingham Forest in March 1989. Gill tried to recover but never played professional football again, retiring at the age of 22.

Ferguson wrote in 1992 that he would “undoubtedly have made it” if it wasn’t for injuries.

Alongside Martin and Gill, Wilson was part of the youth team that reached the 1986 FA Youth Cup final, but he made just six substitute appearances for United’s first team.

After loan spells at Lincoln City and Charlton Athletic, the midfielder was released by United at the end of the 1990-91 season.

He spent the next two seasons with Bristol Rovers before moving abroad, playing for teams in Finland and Sweden until his retirement in 2006.

Beardsmore made an immediate impact in United’s first team, registering a goal and two assists in a 3-1 win against Liverpool on just his second league start for the club.

He made a total of 73 appearances for the Red Devils but failed to live up to the initial hype and that Liverpool game ultimately proved to be the zenith of his United career.

The winger wasn’t named in the matchday squad for the 1990 FA Cup final or the 1991 European Cup Winners’ Cup final and failed to make a single Premier League appearance in 1992-93.

He joined Bournemouth on a free transfer in 1993 and made over 200 appearances during his five years at the club before a back injury forced him to retire at the age of 29.

Before the Class of 92

A lovely jinking run on the left by Sharpe and a wonderful volley from Russell Beardsmore past Mike Hooper #MUFC pic.twitter.com/miLt5BnSaD

United fought off interest from Tottenham, Chelsea and Manchester City to sign a 17-year-old Brazil from Irish side Rivermount Boys in March 1986.

The right-back later became captain of United’s reserves but made just two cameo appearances for the first team before going on loan to Oldham Athletic and Swansea City.

“We were all looking over our shoulders at the Class of ’92 because we’d go and watch them play,” he told the 42. “They were only Under-16s, maybe, at the time but you’d sit there and watch and think, ‘Who are these boys?’ So we knew that was coming.

“And I think Fergie knew too and he almost used us as a template in many ways. A lot of us left because of the likes of those boys coming through.”

After spotting Gary Neville’s progress, he decided to join Cardiff City on a permanent deal in 1992 and went on to make over 100 appearances for the club.

Robins scored 17 goals in 70 first-team appearances for United, including the winner in an FA Cup third-round tie at Nottingham Forest which reportedly saved Ferguson’s job.

“I had no idea that goal against Nottingham Forest would become so important in the history of Manchester United,” Robins would later reflect in an interview with The Telegraph. “How could I at the time? Nobody knew it was a pivotal moment for Sir Alex Ferguson.”

But the striker failed to usurp Mark Hughes and Brian McClair and was deemed surplus to requirements following Dion Dublin’s arrival in the summer of 1992.

After joining Norwich City, he scored two goals in a 4-2 win against Arsenal on the opening day of the inaugural Premier League season and was also part of the side which famously defeated Bayern Munich in the UEFA Cup.

The 52-year-old left the Canaries in 1995 and then embarked on a nomadic career, playing for 11 different clubs over the following 10 years before hanging up his boots.

Despite being a prolific goalscorer in the youth teams, Graham made just four first-team appearances for United and scored his solitary goal for the club in an FA Cup tie against QPR.

The striker completed a £50,000 move to Barnsley in August 1991 but failed to make much of an impact at Oakwell, scoring just two goals in 42 appearances.

Unlike the Class of ’92, Fergie’s original fledglings didn’t just feature United academy graduates. Sharpe started his career at Torquay United before moving to Old Trafford shortly after his 17th birthday.

The winger quickly became a fan-favourite at United due to his flair and won the PFA Young Player of the Year award in 1990-91 but was later usurped by the emerging Ryan Giggs,

While he didn’t live up to his potential, Sharpe still won three Premier League titles, two FA Cups, the League Cup and European Cup Winners’ Cup. He also won eight England caps, making him the only player on this list to have represented their national team at senior level.

Leeds United spent a club-record £4.5million on Sharpe in 1996, but he struggled with a series of injury problems and played just 35 times in three years, scoring six goals.

The 51-year-old later had stints at Bradford City, Portsmouth, Exeter City and Icelandic side Grindavik before retiring at Garforth Town. 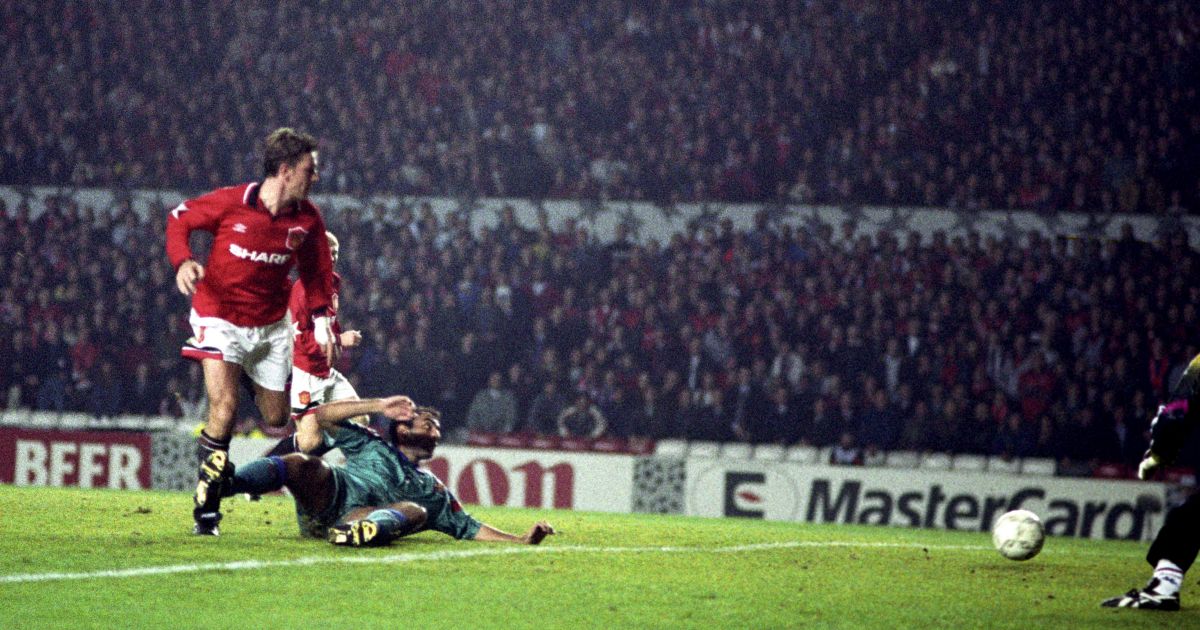 Maiorana joined United from Eastern Counties League side Histon in a £30,000 deal after initially going on trial and impressing Ferguson in a friendly game against Birmingham City in 1988.

The winger showed glimpses of his raw talent during eight first-team appearances, but he had a turbulent relationship with the manager and was banished to the reserves.

“[Alex Ferguson] used to belittle me in front of people,” he told FourFourTwo. “Darren Ferguson would have his head in his hands, just shaking his head.

“Once, I went up to him and said, ‘What the f*ck has your dad got against me? What have I done to him?’ He didn’t know what to say. He was embarrassed. That happened on numerous occasions.”

After picking up a knee injury in a reserve game in 1991, he would only play five more first-team games in his entire career and they all came for Ljungskile SK in the Swedish second tier.