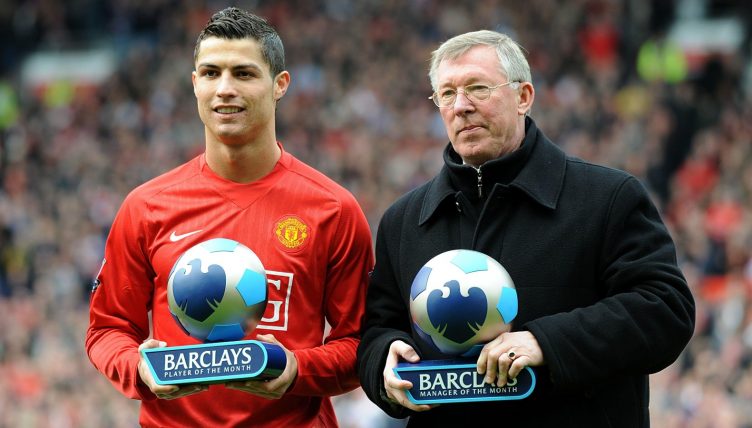 Manchester United became one of the most successful teams in Europe under Sir Alex Ferguson, meaning most players weren’t exactly desperate to leave.

Ferguson did have to get rid of some influential stars when the time came and had to be ruthless with some fringe first-teamers, with life after United proving difficult for some.

We’ve looked at the 11 most expensive outgoings during Ferguson’s time at United to see how they fared after leaving Old Trafford.

Richardson came through the United academy and made 81 appearances in all competitions for the Red Devils between 2002 and 2007.

Cristiano Ronaldo presented a sizeable obstacle to the first-team for Richardson, and he failed to truly establish himself as a first-team regular, although he did win eight caps for England while on the books at United.

The winger was sold to Sunderland for £5.5million and became a fan favourite at the Stadium of Light after scoring the winning goal against Newcastle in 2008.

After five years at the Stadium of Light, Richardson left to join Fulham in 2012 and last appeared for Cardiff City in 2016, most recently tweeting his urge to find a new club after four years out of the game.

Smith controversially crossed the Pennines to join Manchester United from Leeds United in 2004 but his career was nearly over when he suffered a sickening broken leg and dislocated ankle against Liverpool two years later.

The midfielder recovered from the injury and won the Premier League in 2007 but then joined Newcastle United for £6million in search of regular football.

Smith continued to struggle with injury problems as the Magpies were relegated in 2009, but he helped them seal an immediate return to the Premier League.

The 39-year-old then had spells with MK Dons and Notts County before hanging up his boots in 2018.

Relive some of his best moments… pic.twitter.com/MA8lr8wJd8

Tosic only ever made two Premier League appearances for United after signing for £7million from Partizan Belgrade in 2009.

“I was put straight into the first-team squad and the levels were so high that it felt like another sport,” he told The Athletic in October 2019.

“It was very heavy for me in those first weeks in Manchester. The ball moved so quickly in training, the quality was top, top level. Nobody lost the ball. Except me. I was trying my best but it wasn’t enough. This wasn’t the football I knew.”

The winger was sold to CSKA Moscow for £8million in 2010 and became a key player for the Russian side, scoring 47 goals in 241 appearances before rejoining Partizan in 2017.

Heinze was voted as United’s player of the season in 2004–05 after arriving from PSG, but he eventually fell behind Patrice Evra in the pecking order at Old Trafford.

The defender angered fans by trying to force a move to rivals Liverpool, but Ferguson refused to sanction the deal and sold him to Real Madrid for £8million in 2007.

Heinze won one La Liga title and made 58 appearances for Madrid during his two years in Spain before moving to Marseille in 2009.

The midfielder was a key part of Ferguson’s first great United side and won two Premier League titles, two FA Cups and the Cup Winners’ Cup at Old Trafford.

But his working relationship with the manager began to disintegrate and Ince was shipped off to Inter Milan for £7million in 1995.

“Man United accepted the bid for me from Inter Milan. I could have turned it down but it was a case of… I didn’t feel right,” Ince told BT Sport in 2018.

“After six years with Manchester United, they had accepted a bid behind my back, I wasn’t too pleased about that.”

After a slow start, he had a successful stint in Italy, scoring 13 goals for Inter before controversially returning to the Premier League with Liverpool in 1997.

Cole formed an iconic partnership with Dwight Yorke as United won the treble, but Ruud van Nistelrooy’s move to Old Trafford in 2001 eventually led to his departure.

Blackburn Rovers paid £8million for Cole’s signature and his time at Ewood Park got off to a great start, scoring the winning goal in the 2002 League Cup final just a couple of months after arriving.

The striker had a return of 37 goals in 100 appearances for Rovers but was sold to Fulham in 2004 after falling out with manager Graeme Souness.

Van Nistelrooy was one of the most prolific goalscorers in United’s history, scoring 150 goals in 219 appearances for the club after signing from PSV.

He still fell out of favour under Ferguson and was left as an unused substitute for United’s League Cup final win over Wigan in 2006.

“I called him (Ferguson) a number of things in a blind rage,” Van Nistelrooy told Eleven Sports in 2019. “Cocky and stubborn as I was, I couldn’t snap out of that for some time after.

The striker was sold to Real Madrid for £11million that summer and scored 53 goals in his first two seasons in Spain, winning back-to-back La Liga titles. However, injuries eventually took their toll and Van Nistelrooy moved to Hamburg in 2010.

Veron cost United £28million in 2001, and the midfielder arrived with big expectations after his impressive performances in Italy with Lazio.

The Argentina international struggled to adapt to the English style of football after his big-money move and was sold to Chelsea for half of his transfer fee in 2003.

Veron suffered with several injury problems at Stamford Bridge, making only 14 appearances for the Blues while being loaned out to Inter for two years before returning to Argentina with Estudiantes.

He made another 281 appearances for his boyhood club, winning two league titles and the Copa Libertadores in 2009 and even coming out of retirement at the age of 42.

The centre-half had been a stalwart in the United defence following his arrival in 1998, helping the club win three successive league titles and the famous treble of 1999.

However, Ferguson felt that the defender was struggling with injuries and coming to end of his career, selling Stam to Lazio for a fee of £15.3million in 2001.

Beckham was yet another United player who was shown the door after falling out with the manager.

The relationship between the duo had started to sour before boiling over in 2003, when Ferguson kicked a football boot at Beckham’s head and it caused a gash above his eye.

“The next day the story was in the press. In public an Alice band highlighted the damage inflicted by the boot. It was in those days that I told the board David had to go,” Ferguson said in 2013.

The midfielder was swiftly sold to Real Madrid for £24.5million and became a fan favourite at the Bernabeu before moving to the MLS after winning La Liga in 2006-07.

Ronaldo’s move to Real Madrid was the biggest transfer fee United received during Ferguson’s time at the club – and by some margin.

The winger had developed into one of the best players in the world during his time at Old Trafford, and Madrid had to spend a then-world-record fee of £80million to bring him to the Bernabeu.

In Spain, his game went to a whole new level, scoring 438 goals in 450 appearances and winning two La Liga titles and four Champions Leagues in nine years before joining Juventus.

That £80million fee must seem like a bargain now.

READ MORE: 17 of the best quotes on David Beckham: ‘True winners are relentless’