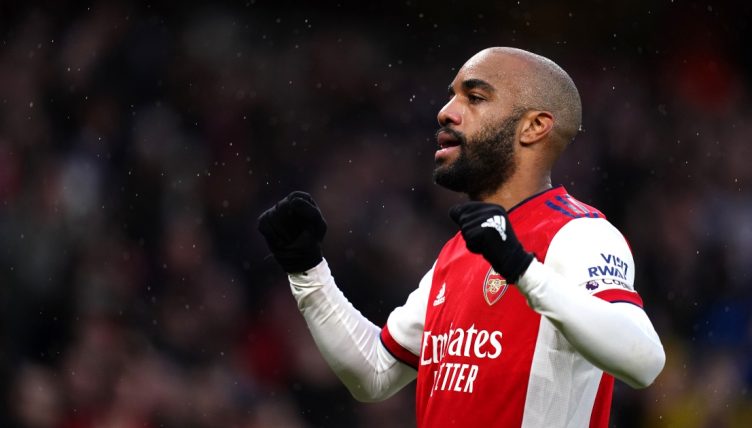 Mikel Arteta has done well to recover from a dreadful start to the season, but Arsenal are still expected to be busy in the transfer market throughout January.

Plenty of players, including Dejan Kulusevski and Dusan Vlahovic, have been linked with a move to the Emirates, but there may also be some significant outgoings as Arteta continues to reshape his squad.

We’ve identified six players that could leave Arsenal in the January 2022 transfer window.

He may have scored his second Premier League goal of the season against Southampton, but Lacazette’s departure from the Emirates feels inevitable at this point.

AC Milan are reportedly interested in signing the 30-year-old striker in January as they look to win their first Serie A title since 2011. The likes of Barcelona, Atletico Madrid and Newcastle have also been linked with his services.

Lacazette is out of contract in June and his time at Arsenal could be coming to an end after five seasons in north London.

Alexandre Lacazette scored this rather satisfying team goal against Southampton on Saturday.

Arsenal’s record signing just hasn’t lived up to his £72million fee and there have been suggestions that the club are open to offers for Pepe this January.

Arteta has refuted these claims publically, telling reporters: “We are interested in Nico performing at the level that he can do. He had some really good moments since I have been here, some moments where he hasn’t participated that much, like everybody else.”

But the Arsenal manager has been reluctant to call upon the Ivory Coast winger and it’d be a surprise if Arsenal were to turn down a significant offer for Pepe’s services.

Maitland-Niles almost left Arsenal in the summer after a spectacular falling-out with Arteta. But, having been promised a run in the first team, the midfielder stayed put.

He’s started just two Premier League games since, however, and is rumoured to be irritated at being left on the periphery of the Arsenal side.

Everton and Newcastle are monitoring the situation, and with 18 months left on his contract, Arsenal could be forced into selling Maitland-Niles next month instead of losing a player that was once valued in excess of £30million for free in the future.

Is there a colder penalty taker than Ainsley Maitland-Niles? 🥶 pic.twitter.com/wUCLyt1hml

Even though a new deal for Nketiah is in the works, the striker’s current contract is due to expire in the summer which means he can negotiate with foreign clubs in January.

“Eddie has six months left on his contract and we are having discussions with him and the agents to try to find the best possible way,” said Arteta before the win over Southampton

“Eddie knows how much I like him, how much I rate him and I would like him to stay at the club. He is our player and someone that we raised and has the Arsenal DNA in his blood.”

But Nketiah is reportedly open to leaving the Emirates and Leeds United are one side rumoured to be interested in signing the 22-year-old.

“I feel like I am ready for a new challenge,” Balogun said after scoring for the England Under-21s earlier in the season.

“I feel like I have played youth football for a while. I have scored goals at that level and improved at that level drastically compared to now. At the same time, I am not sure what that challenge might be.

“As a striker and as a young player you need minutes. It is the best way to learn and get consistency.”

Despite signing a new contract with Arsenal in April, Balogun’s pronouncement has got clubs like Liverpool on alert and a surprise move in January could be on the cards.

Arsenal are struggling to keep hold of 18-year-old Edwards, who has scored 14 goals for the Under-18s already this season, as he has just six months left on his contract.

Chelsea, Leeds, Southampton, Brighton and Newcastle are all monitoring developments, along with numerous clubs in Germany, and Arsenal may be forced to part with the talented young striker.