Six Barcelona players that could leave in January: Umtiti, Dembele… 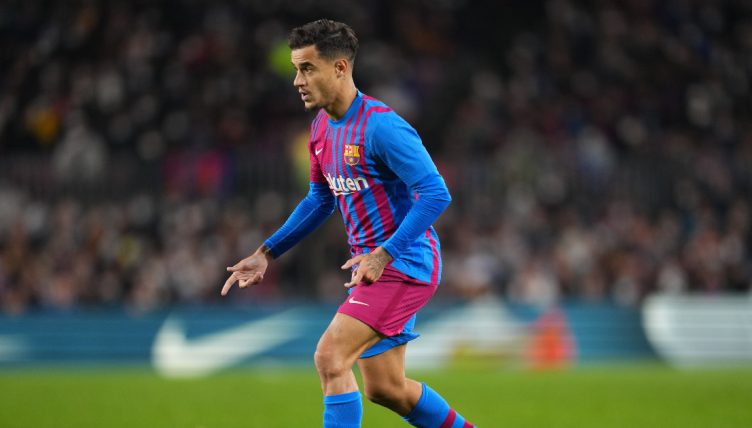 Barcelona are in a financial crisis of their own making, with big-name players on big-time salaries doing little on the pitch.

The situation with wages has caused the club to run afoul of La Liga’s strict wage cap rules, meaning the club was unable to register their greatest ever player in Lionel Messi who instead had to leave for PSG.

Since arriving as manager, Xavi has begun attempting to reinstall a culture of prioritising youth players, but he will still have to ensure the club moves on some of its deadwood and may even have to let go of some vital first-team players if the club is to rebuild.

Of course, the media is therefore swirling with the usual crazy transfer rumours but we’ve gone through the hearsay to find the six players it’s reasonable to say could leave the Catalan giants in January.

Dembele’s time at Barcelona has, at times, been mystifying.

The Frenchman is clearly talented as is plain to see whenever you get the chance to see him play, but those chances are few and far between thanks to his tendency to get injured.

As a result, he has never lived up to the over £120million that the Blaugrana paid for him; such feckless spending is an example of why they’re in their current mess.

In the final year of his contract, Dembele is now at a crossroads; stay in Catalonia, fight for his place and his fitness in order to try and realise his Barcelona dream? Or leave, open up the wages for new Barca signings and have a fresh start elsewhere?

Liverpool and most recently Spurs have expressed interest, with both in positions to make moves in January rather than wait until the summer.

Xavi on Ousmane Dembélé out of contract in June: “I feel positive with him again. Ousmane says that he wants to continue, that he is happy here. It is a matter of agreeing with his representative. He knows about the importance he will have if he stays”. 🤝🇫🇷 #FCB pic.twitter.com/WSlJffSx0Z

There’s no way around it, the signing of De Jong was a weird one.

Yes, Barcelona needed attacking players to bolster their ranks who wouldn’t push them over the wage cap and de Jong has some La Liga experience but it still feels like it was more of a panic move by former manager Ronald Koeman than anything else.

With few appearances under his belt and the manager who signed him gone, it’s reasonable to suggest de Jong is on his way out. There are talks of a de-facto swap deal between Barca and Internazionale, with De Jong being sent back to Sevilla to go to Milan and Alexis Sanchez returning to Camp Nou on loan in turn.

It’s a deal that would make sense for both clubs, with Inter needing backup to Edin Dzeko upfront and Xavi trying to reinstall a long-lost culture at Barcelona.

In any case, expect De Jong to leave.

Another loanee that hasn’t quite made the needed impact at Barcelona.

The young Austrian arrived on loan from Rapid Vienna in the summer, with the move effectively seen as a permanent one due to the various clauses and Barcelona’s option to buy at the end of the season.

But with the Catalans needing to free up space to register new signings, or even to get Dani Alves able to play in La Liga, the young winger is supposedly first in line for the chopping block.

With nine appearances under his belt, the rumour is a tenth would see the Demir move automatically become permanent and the club wants to avoid that. A return to Vienna and then a move to the Bundesliga seems likely.

Umtiti was signed as one of those players brought in to sure up the Barcelona backline for the future and replace Puyol with the club having failed in attempts to do so.

But after a solid start to his time at Barcelona, the french centre back has fallen out of favour and played just once in the league this season.

His big wages have made him a primary target for Barcelona to move on but also provided a barrier to other clubs interested in signing him, with Umtiti seemingly happy to have limited minutes and maintain his current contract rather than move elsewhere.

Premier League clubs are supposedly interested, and with his wage demands they would likely be the only option, in Europe at least. 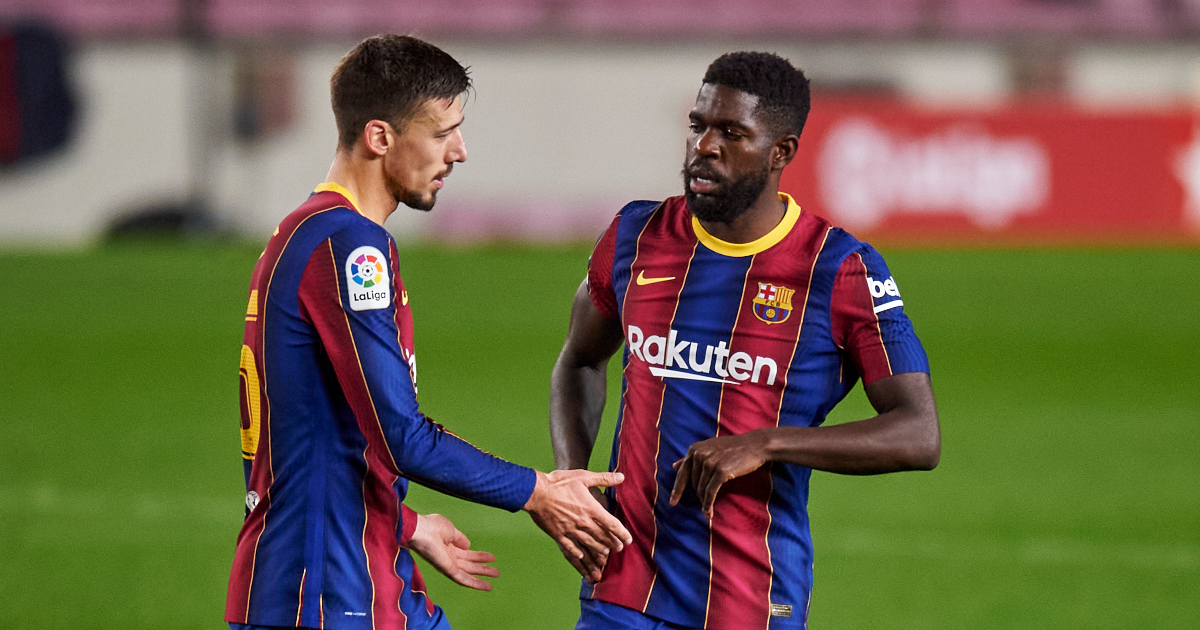 Should he have stayed at Liverpool? Is there an alternate universe in which he performs at Barcelona? Is him winning the Champions League with Bayern, scoring twice against Barca on the way to doing so, one of the most tragic but funny moments in recent footballing history?

Some questions don’t need answering, but where Coutinho goes next is one that does. Money-bags Newcastle have emerged as front runners to make the Brazillian a statement signing and Arsenal are one that have always been linked.

This January Coutinho may well finally leave Camp Nou in his past.

To start, De Jong leaving is the most unlikely transfer on this list but there have been consistent rumours on the former Ajax man that make it worth mentioning.

Barcelona need money, and De Jong is probably the single most desirable player on their books, the only truly world-class player at the club.

Manchester United amongst others have been strongly linked, and De Jong’s dad did little to dismiss rumours in a recent interview.

“I know that Barcelona need money and a big offer for Frenkie could help,” De Jong senior is quoted.

“I don’t think that will happen soon, however, five top European clubs have called.”

He then went on to talk about how nice living in Barcelona is, sitting in a bar having a beer under the sun and watching the game while seeing people wear shirts with his son’s name on.

Wait until you’re hiding from the rain in the Salford Precinct, Mr. De Jong. Now that’s a proper lifestyle.