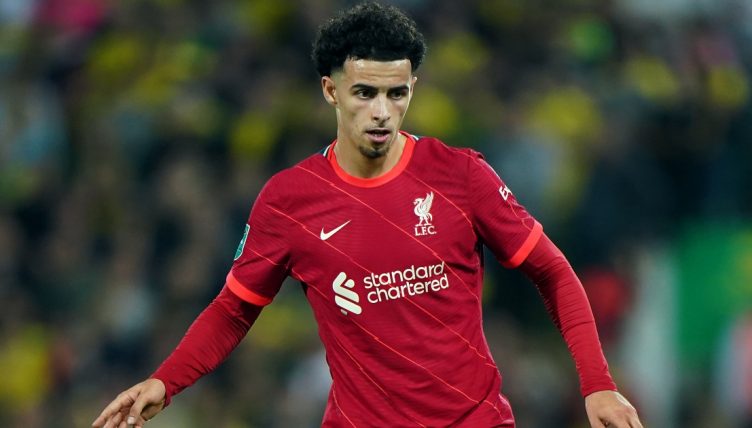 Curtis Jones enhanced his burgeoning reputation with a brilliant performance in Liverpool‘s 5-1 win over Porto in the Champions League.

With Thiago Alcantara, Harvey Elliott and Naby Keita all sidelines with injury problems, Jones has taken his chance with both hands in recent weeks.

“He played a really good game, he was everywhere, he was involved in everything. Set up the first goal with a surprising finish, the goalie cannot save it,” Jurgen Klopp said after the Porto game.

“In a lot of other situations he was really there – maybe not as spectacular as the offensive stuff, but defensively he played a top-class game.

“He defended really well, pressed from the blind side, a lot of things I liked a lot about his performance tonight. So, let’s keep going, Curtis, it was not bad tonight.”

– The 20-year-old is the second-youngest player to assist two goals in a Champions League game for an English club. Theo Walcott holds the record after getting two assists for Arsenal against Hamburg in 2006.

– Jones now has four assists and one goal in seven Champions League appearances, averaging a direct goal contribution in the competition every 103 minutes.

– The midfielder completed 64 of his 72 passes against Porto, recording a passing accuracy of 89%. He also made one successful long ball.

– Jones showcased his brilliant skills, completing all four of his attempted dribbles at the Estadio do Dragao. No player made more successful dribbles than him during the game.

– The England Under-21 international also did his defensive duties in the middle of the park, making one clearance and winning seven of his 10 ground duels.