Six Chelsea players that could leave in the January transfer window 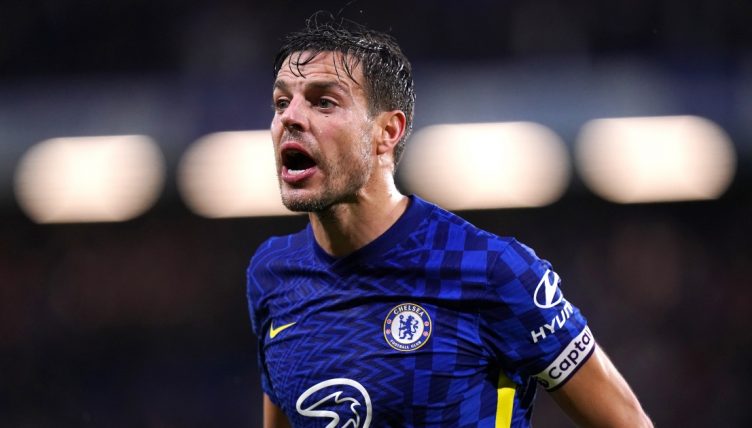 Chelsea started the season like a runaway train but have seen their league form dip in November and December – which may tempt manager Thomas Tuchel to make changes in the January transfer window.

With a large set of players, not all of whom will be satisfied with their current situation, Tuchel may end up selling some of them to balance out his squad.

We’ve identified six players that could leave Chelsea in the January 2022 transfer window.

Loftus-Cheek has seen his game time increase in December, owing to injuries for N’Golo Kante and Mateo Kovacic, but there has always remained the sense that the midfielder would be left on the bench when everybody’s fit.

The 25-year-old still attracts plenty of admirers and there are reports that Jose Mourinho wishes to bring him to Italy and Roma in January.

Mourinho has made a mixed start to his time at the Serie A club and has identified a number of midfield options to bolster his side.

Fellow Chelsea academy graduate Tammy Abraham has impressed since moving to Roma during the summer and Loftus-Cheek may enjoy a similar renaissance in the Eternal City.

It may appear unlikely that Chelsea’s captain will leave the club next month, but there are increasing rumours that Azpilicueta is unhappy with his game time under Tuchel.

Azpilicueta has struggled for appearances following the emergence of Reece James at right wing-back and is out of contract at the end of the 2021-22 season.

But Tuchel is not concerned by the contract situation at the club.

The Chelsea manager said: “No, not so much. I think that all of these players know very well how much we appreciate them, the big role they play in our plans, in the presence of this team and of this club.

“And I think they are very aware of it and will not throw it away like this.

“Of course it’s their right now to do things, but it’s also their right to stay with us and create a future and be a part of the future of Chelsea Football Club.”

Alonso has appeared on the verge of leaving Stamford Bridge for much of his Chelsea career but has demonstrated Teflon-like qualities under a number of managers to retain his place in the squad.

But, after starting the season in the side, Alonso’s only appearances over recent weeks have been due to an injury to Ben Chilwell.

Speaking on the Transfer Window podcast, Ian McGarry claims both Azpilicueta and Alonso are keen on leaving Stamford Bridge to enhance their chances of being in the Spain squad for Qatar 2022 and have told their agents to find them another club.

“Azpilicueta and Alonso have informed their representatives to find another club or certainly to find alternatives where they believe that they will get playing time,” he said.

“They will then get a chance in doing so to earn a place in their respective World Cup squads.”

Marcos Alonso that is special 🤩

Chelsea's right-back opened the scoring, but it was the left-back who sealed the deal!

Any striker would be proud of that finish 🔥 pic.twitter.com/vKnPo4ScLA

Still the most expensive goalkeeper of all time, Kepa never recovered his starting spot at Stamford Bridge after a string of errors saw him replaced by Edouard Mendy.

And Maurizio Sarri, the man who paid £71million for Kepa back in 2018, is reportedly interested in taking the 27-year-old to Lazio in the January transfer window.

If the transfer happened, we’d be crossing our fingers for more slapstick substitution antics…

Ziyech completed just his second 90-minute shift of the season during the 1-1 draw with Everton and rumours linking him with a move away from England haven’t gone away.

The Morroco international faces squad competition from the likes of Mason Mount, Christian Pulisic, Timo Werner and Kai Havertz in attack – it’s no surprise that Tuchel hasn’t started the 28-year-old in every game.

A solution for the star may arise from Germany. Borussia Dortmund are long-term admirers of Ziyech and could take him to the Bundesliga at the start of 2022.

Chelsea may be reluctant to sell somebody they paid €40 million for in 2020, but a short-term loan may suit all parties.

Very much one of Chelsea’s forgotten men, Sarr has been linked with a string of Italian clubs and may leave Stamford Bridge in January.

The defender has had little playing time since coming back from last year’s spell at Porto and Serie A club Torino have registered an interest in signing him on loan.

Both Milan clubs are also keen on snapping up the 22-year-old and Sarr would be looking to emulate the success of former Chelsea defender Fikayo Tomori in Italy.