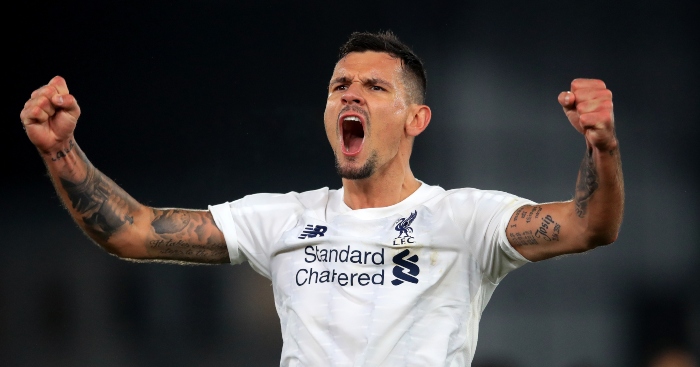 We all like a good conspiracy theory, but former Manchester City, Liverpool and Real Madrid men are among the footballers to truly believe them.

Football is awash with conspiracy theories, from Ronaldo’s appearance in the 1998 World Cup final to Paul the Octopus supposedly faking his own death.

But many players also buy into conspiracy theories concerning the wider world, and we’ve looked at seven of the best.

Lovren is used to criticism on the pitch but recently came under fire for backing a conspiracy theory that suggested the coronavirus is a ploy to force the general public into vaccinations.

He also referred to himself as being part of “the resistance” and promoted the work of conspiracy theorist David Icke. More on him later.

Dejan Lovren believes Coronavirus is a hoax and that Bill Gates is trying to kill us with vaccines 🤦🏼‍♂️ Respect lost pic.twitter.com/0z3qyQh0MA

Casillas caught everybody by surprise when he tweeted out his take on whether or not man walked on the moon.

“Next year will be 50 years of the (supposed) moon landing. I’m at a dinner with friends arguing about it. Do you think man stepped on the moon? I don’t think so!”

The World Cup winner had the good grace to ask his followers for their opinion on the matter, and it was a relatively close call.

Where to start with David Icke?

Let’s get the straightforward information out of the way: he played in goal for Hereford in the fourth and third tiers of English football in the early 70s.

Right then, so what conspiracies is Icke into?

Just the usual really: he believes he is a “son of the godhead”, the world was going to end in 1997, many members of the ruling class are actually reptiles, the world as we perceive it is a holographic projection…there are loads more here.

He also pisses on Casillas’ theory – he doesn’t believe the moon even exists.

The late 90s were pretty interesting for Roa. The goalkeeper won the Spanish Super Cup with Mallorca and famously saved David Batty’s decisive penalty as Argentina knocked England out of the 1998 World Cup.

But in 1999, just as he entered his prime for a goalkeeper, Roa decided to retire from football to undergo a religious retreat as a devout Seventh-day Adventist.

He subsequently refused to discuss a new contract with Mallorca as he believed the world was going to end with the new millennium.

“The year 2000 is going to be difficult,” Roa said. “In the world, there is war, hunger, plague, much poverty, floods. I can assure you that those people who don’t have a spiritual connection with God and the type of life that he wants will be in trouble.”

Less than a year later, he sheepishly returned to Mallorca, forced to play out the remaining two years on his contract, although he failed to regain the form which made him Argentina’s No.1.

Liverpool fans may remember Eccleston as a promising young forward who made a handful of appearances for the club, missing a decisive penalty in the shock League Cup defeat to Northampton.

But he’s possibly better remembered for being investigated by the Reds for suggesting the 9/11 terrorist attacks were carried out by the Illuminati.

On the tenth anniversary of the attacks, Eccleston tweeted: “I aint going to say attack don’t let the media make u believe that was terrorist that did it. #O.T.I.S. [‘Only the Illuminati Succeed’].”

About time we had a new David Icke – Liverpool to investigate striker Nathan Eccleston tweet http://t.co/LUFe9fll via @guardian#Illuminati

Uruguayan forward Vitkieviez made headlines in 2016 when he captured footage of a UFO near Servette FC’s Stade de Geneve.

A number of others also witnesses the scene, with one telling the Geneva Tribune: “It was about 8:30pm, the phenomenon lasted about 20 seconds and the object departed at once, as if it was burning.”

Vitkieviez posted a video to Facebook with the caption: “Everyone sees the same thing as me? It’s completely crazy! UFO above the industrial area behind the stage of la praille #ufogva”

This isn’t a conspiracy theory as such, but it’s still worth a mention.

“When I first signed for Villa I stayed in a hotel, I’ve forgotten what it’s called. There was a lot of things moving in the room, a lot of bangs and when I had hair, the hair on the back of my neck was standing up.

“And about four months ago I’ve seen, in my house in God’s country, I saw two ghosts in the bedroom. I don’t think they’re there to harm me.  But I’ve definitely seen them. It was just a split second and then they were gone.

“The one four months ago, that actually was carrying a body, it went out onto my balcony, then disappeared.”