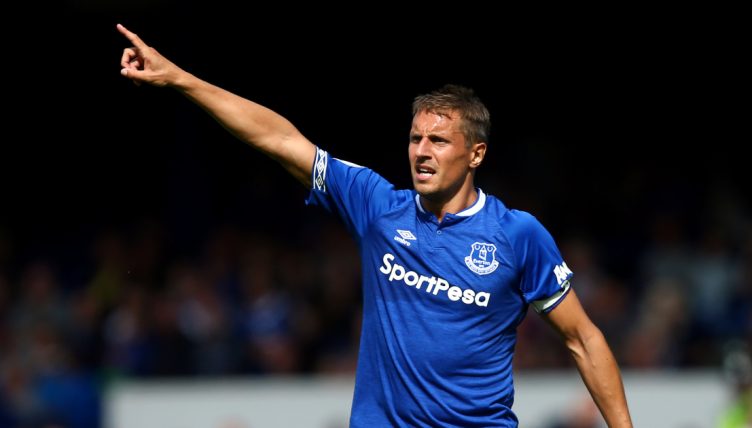 Everton have had a number of different managers in recent years and that means a big turnover in football talent as different coaches try to impose their playing philosophy on the team.

Even under David Moyes Everton saw players come and go, with names like Louis Saha, Mikel Arteta and Tim Cahill now long since retired from playing.

There are also those who are still going who we know of well; James McCarthy now plays for Celtic, Ross Barkley is still at Chelsea and Eric Dier, who once had a season on loan at Goodison Park, still features regularly for Tottenham.

But here are six former Blues from over the years you might now have known are still plying their trade.

After a slow first season at Everton, Oviedo began to make headway in the first team in 2013, even scoring in a 1-0 win at Old Trafford in December.

Not long after however his career was stopped in its track when he broke his leg. It kept him out of the 2014 World Cup with and his Everton career never really recovered.

Now 31, the Costa Rica international is back at former club Copenhagen after a stint with Sunderland.

When @Bryan_Oviedo sent the away end wild at Old Trafford! #ThrowbackThursday #EFC pic.twitter.com/tJEgk66qR9

After being an integral part of everyone’s cheap, overpowered Russian League teams in FIFA 13, McGeady joined Everton in January 2014

He came with high expectations, but couldn’t quite make his mark in the first team and barely made appearances after 2016. His last Ireland cap came a year later.

The 35-year-old went on to Sunderland, where he remains today after a stint on loan with Charlton.

Drenthe arrived on loan at Merseyside from Real Madrid in the summer of 2011.

The La Liga winner had a good start to life with Everton, but as the season developed things soon fell apart as he clashed heads with Moyes. After being late for training, Drenthe was told to stay away from the club.

The 34-year old is now at Racing Murcia in the fourth tier of Spain, his 11th club in six different countries across his career which included a period in Abu Dhabi.

The former Everton captain made over 350 appearances for the club across a 12 year period after signing from Sheffield United in 2007, becoming a modern-day favourite at the club.

Whilst with Everton, the centre-back represented England 40 times and was a regular feature in the Fabio Capello and Roy Hodgson eras.

He returned to Sheffield United in 2019 after his contract expired and played across both their recent seasons in the top flight before joining Wayne Rooney’s Derby County on a short-term contract in August 2021.

A last-ditch tackle or a last-minute screamer, he could do it all 👏#OnThisDay in 2007, @Everton signed Phil Jagielka pic.twitter.com/vDY695gyu2

Look, we’ve sort of cheated with this one but you’ll see why.

Gueye didn’t have the most illustrious career at Everton, making just a handful of appearances across his fours years on Merseyside between 2010 and 2014.

The forward scored just one goal for the side in a 4-0 win against Sunderland in 2012, a match in which he also made two assists.

After leaving in 2014, Gueye bounced around clubs and ended up playing for Dinamo Bucharest last season, but following a drug test after the Bucharest derby in March 2021 it emerged Gueye had allegedly used cocaine and was promptly fired by the Romanian side.

The 31-year-old is still without a club but has not yet retired.

Ok, fine; you probably knew Fellaini was still playing. But sometimes it’s difficult to remember a player when they’ve left to go play in China and that’s where the Belgian midfielder is still playing for Shandong Luneng.

In Moyes’ Everton, Fellaini was a vital part of the team. He became one of the league’s foremost box to box midfielders capable of contributing at either end of the pitch, even scoring 11 league goals in the 2013-14 season.

He left the Toffees with his manager to Manchester United in 2013, playing under Moyes, Louis Van Gaal and Jose Mourinho before leaving in January 2019 when Ole Gunnar Solskjaer arrived.

The 33-year old might not have his iconic hair anymore, but he still does the job for Shandong, helping them win the Chinese FA Cup in 2020.