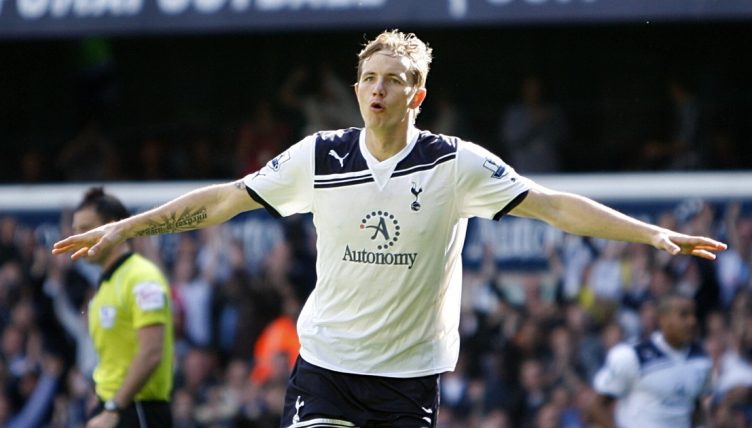 Tottenham Hotspur are one of those clubs where, wherever you look, you’re likely to find one of their former players playing somewhere.

Andros Townsend, Ryan Fredericks and Kyle Walker-Peters are just three of the Spurs academy graduates currently on the books of Premier League clubs, while former first-teamers such as Etienne Capoue and Vlad Chiriches are playing their club football in ‘big five’ European leagues.

However, there are more former Tottenham players still active than you might have thought. We’ve picked out a few of those who you probably didn’t realise were still playing in 2021.

Anyone who watched Pavlyuchenko at his best in north London will have seen a man who clearly loved playing football and scoring goals, so maybe we shouldn’t be so shocked to learn he’s still going as he approaches his 40th birthday.

The Russia international hasn’t played for his country since back in 2012, but he’s kept going lower down the domestic pyramid in his home country and keeps scoring goals wherever he plays.

He was last seen in Russia’s third tier for Znamya Noginsk, where his fellow forwards include Dmitri Savin, a man literally young enough to be his son.

While Pavlyuchenko is still a few months shy of turning 40, Gomes hit that milestone in February. At that age, and with several months as a free agent, you’d have forgiven him for retiring. However, he did nothing of the sort.

The former Watford and PSV Eindhoven goalkeeper, who racked up more than 100 games in a Spurs shirt, went back to South America to join Democrata, a lower-league side from the Minas Gerais region.

When Gio dos Santos joined Spurs from Barcelona in 2008, it felt like a real coup for Juande Ramos. Ultimately, it wasn’t, and for a number of reasons.

Some 13 years on, the Mexican has racked up more than 100 international caps, showing there’s life after whatever his Tottenham spell counts as, and he has scored goals in three different countries after leaving White Hart Lane.

At the time of writing, he’s reported to be on the verge of a return to Major League Soccer, where he played with Zlatan Ibrahimovic and Ashley Cole at LA Galaxy, after a stint back in Mexico with Club America.

Mexico facing the US in the first ever CONCACAF Nations League final seems like the perfect opportunity to dig out this Gio dos Santos beautypic.twitter.com/PawTQmuxst

Speaking of Major League Soccer, that’s where Ziegler was playing up until just last year.

The former Switzerland international joined Spurs as a teenager way back in 2004, when Jacques Santini was in the dugout and scored his one and only Spurs goal against an Everton side containing the likes of David Weir, Kevin Campbell and Gary Naysmith.

Now 35, the left-sided player joined Lugano in his native Switzerland ahead of the 2021-22 season, having previously played in Germany, Italy, Turkey and Russia during a storied career.

Not only does Sandro’s Tottenham spell feel like it happened eons ago, but his entire time in English football feels that way.

The Brazil international spent time with Queens Park Rangers and West Bromwich Albion after leaving north London, and you could be forgiven for thinking his departure from Loftus Road was quickly followed by a quiet retirement. Not so.

Sandro is still just 32 and is now at his sixth different club since leaving England. He signed for Belenenses over the summer, joining the Portuguese side on a two-year deal.

🇧🇷Sandro on his time at Spurs:

💙"I just loved playing for Tottenham.”

🙌”The people there were sensational.”

🤩”I get goosebumps just talking about it.”

👏“It was an inexplicable thing. You do not get that at every club but I did there." #THFC #COYSpic.twitter.com/scxXR2a9GM

Yes, that Calum Davenport. The former England Under-21 defender hasn’t played league football for more than a decade, but he recently ended a spell out of the game by joining Tavistock AFC.

His new Devon-based employers play in the ninth tier of English football, where their opponents this season include Wellington, Street and Mousehole.

“The way he came across, it was all about giving back to the game, he lives in the Tavistock area and he knows we are trying to drag ourselves out of this Western League,” manager Stuart Henderson said upon signing the centre-back, who made his full debut for Tavistock in August 2021.