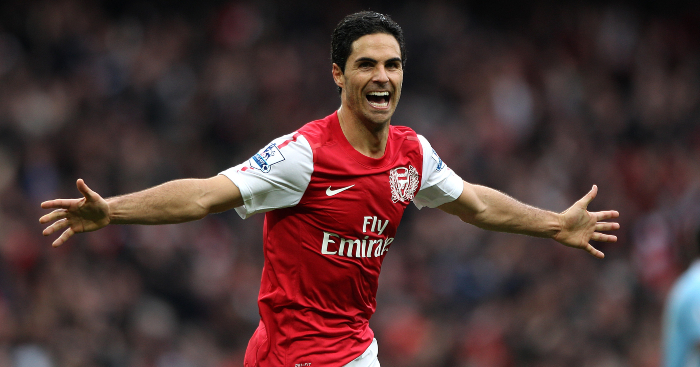 Mikel Arteta is earning plenty of admirers for his work as Arsenal boss – and the Spaniard already has plenty of credit in the tank with supporters thanks to his time as a player in north London.

In 2011, Arteta left Everton to join Arsenal and went on to captain the Gunners, with whom he won two FA Cups.

And a Reddit user has unearthed some impressive stats from the midfielder’s second season with the club which show just how influential he was as a player. The report was designed to show how good Michael Carrick had been at Manchester United, only for the England international to be overshadowed by Arteta’s numbers.

– Arteta’s 2,548 passes were the highest of any player in the Premier League, ahead of Carrick in second and Steven Gerrard in third.

– Arteta made 2,353 successful passes in 2012-13, more than any other Premier League player. His 92.3% passing accuracy was better than Carrick’s 88.1% and would again be the highest in the current Arsenal squad.

– The midfielder averaged 78.8 successful passes per 90 minutes that season, leading the way in the competition and beating team-mate Aaron Ramsey, who ranked second.

– Arteta’s 2,955 touches were the highest in the league that season, closely followed by Santi Cazorla on 2,937.