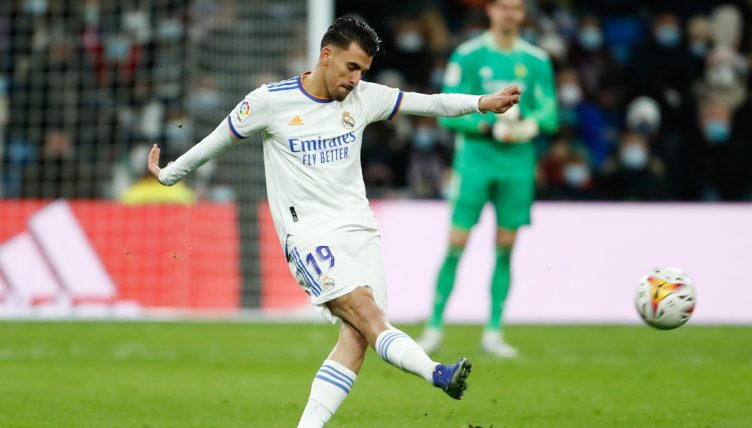 Luka Modric is an absolute diamond of a midfielder and has been for years.

Now 36-years-old, the Croatian has won pretty much everything on offer at Real Madrid, and even won the Ballon D’or in 2018, breaking the duopoly of the award held by Cristiano Ronaldo and Lionel Messi for so long.

Even though he has aged like a fine wine, Real Madrid have been planning for his eventual replacement for years, and made several signings in central midfield to fill the large gap that will be left by the technical wizard when he leaves.

Modric became a massive success at the club in nearly 10 years at the Santiago Bernabeu, and after initially struggling in his first season, he became a crucial cog in a team that won four Champions League titles in five years.

Youth product Federico Valverde looks set to replace him in midfield, having rotated with him already in the last two seasons, and there have been links to Paul Pogba as Modric is set to depart for free in the summer of 2022.

Real Madrid have signed six midfielders in the last few years, with an eye on them becoming a starter once Modric leaves, with varying results. Here’s how they got on.

Signed as a 15-year-old in 2016, after being scouted by every top club in Europe, the Norweigan playmaker became the youngest debutant in the history of Real Madrid at 16 years and 157 days in May 2015, coming on as a substitute for Cristiano Ronaldo.

There were seriously high hopes for Odegaard, and after a few successful loan spells, including a very productive season at Real Sociedad, Zinedine Zidane terminated his loan early to bring him back to Real Madrid.

However, Zidane hardly gave Odegaard a sniff of first-team action, and the Norway captain joined Arsenal on loan in January 2021 in search of playing time. They liked each other so much that Odegaard made his North London stay permanent in the summer, and his Real Madrid dream was over.

The 23-year-old has been fantastic in the Premier League, and down the line there may be regret from Real Madrid that they didn’t give more of an opportunity to such a talented player.

“The player demanded it. I told him to stay and fight, but it wasn’t to be.”

A technical central midfielder who looked like the second coming of Zidane at Real Betis, Ceballos did enough in La Liga and for the Spanish youth sides that Real Madrid paid close to £17million for him in 2017.

Two seasons and 60 games later, Ceballos joined Arsenal on loan in search of first-team football. After a great season, Arsenal extended his loan for another year, but a poor campaign followed, including a Europa League run where he made mistakes in every round before being sent off in the semi-final.

Arsenal chose not to keep the midfielder after, and in 2021 he returned to Madrid, where he picked up a long-term injury. Now recovered, he has a warm seat on the Real Madrid bench, and it looks more unlikely than ever that he will be chosen to fill the void of Modric, and a summer move away looks certain.

He had so much promise before…

A clever free kick that steals the 3 points in the last minutes of the game 😮 pic.twitter.com/zAwSaL9TQL

There was some excitement when Real Madrid paid Manchester City £15million for the Spanish attacking midfielder in January 2018, as it was expected that Diaz was a young star ready to explode.

Diaz did eventually explode, but not in the famous white of Real Madrid.

Another one who could have been given more opportunities.

The Spanish central midfielder, who once had a loan spell at Derby County, had his buyback clause of £4million activated in the summer of 2018.

However, any hopes for him to add to his one La Liga appearance for Real Madrid were short-lived, as he was sold for £10million to Schalke in the same window.

Back in Spain with Elche, the 29-year-old, whilst a decent midfielder, was never destined to fill the boots of Modric.

Florentino Perez went crazy after losing Neymar to Barcelona when the Brazilian left Santos, such that he tried to sign every somewhat good Brazilian attacking midfielder in the entire country since.

Some have been successful, with Vinicius Junior developing into one of the world’s best wingers, but the highly-gifted Reinier’s career seems to have stagnated.

After signing for the club for £28million as a youngster from Flamengo in January 2020, the 20-year-old is now on loan at Borussia Dortmund, but has found first-team opportunities difficult to come by.

Another loan move will do him good, and there is still plenty of time for Reinier to fulfil his promise, but as it stands, it looks like an uphill battle for him to find success in Madrid.

The 19-year-old is already a full-fledged France international, and Real Madrid had to fight off a lot of interest around Europe to bring him in for around £30million in Summer 2021 from Rennes.

The teenager had an instant impact, scoring within minutes against Celta Vigo after coming on for his debut, and looks a world-class prospect in the centre of midfield.

Camavinga already looks ready to step into Modric’s place in midfield despite his age, as his monstrous power and technical excellence already makes him a standout player in Real Madrid’s vast plethora of midfield options.

Yet another top French prospect, he’s already made a name for himself as someone capable of the utterly outrageous.