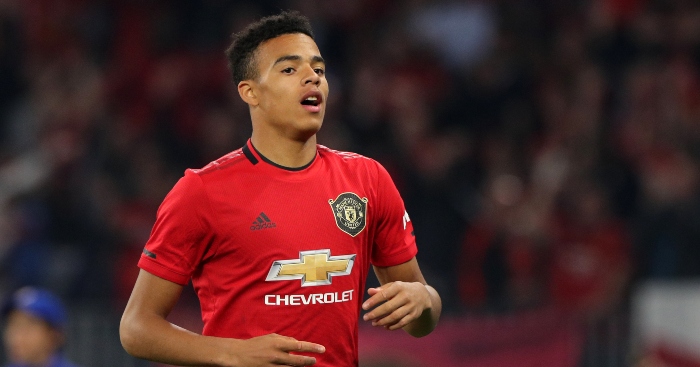 Manchester United have enjoyed a promising pre-season to date with a number of exciting young players catching the eye – but have they done enough to force themselves in Ole Gunnar Solskjaer’s first-team plans?

After a disappointing end to the 2018-19 campaign, United have a 100% record from their friendlies this summer, beating Perth Glory, Leeds United, Inter and Tottenham, with fixtures against Kristiansund and Milan still play.

We’ve taken a look at six players who have impressed ahead of the Red Devils’ opening Premier League fixture against Chelsea on August 11.

With Romelu Lukaku possibly leaving Old Trafford and Alexis Sanchez injury, Solskjaer has already admitted Greenwood is in contention to start against Chelsea, even comparing the 17-year-old to United icon Ryan Giggs.

“He reminds me a little bit of the Giggsy story, you can’t really send him on loan and for me he’s ready to be in this squad,” Solskjaer said.

“The kid’s only 17 and he’s learning every day, training with these boys, he’s been with us the last few months and he’s grown in confidence, he’s grown in stature.”

Greenwood opened the scoring in United’s 4-0 victory over Leeds in Australia and bagged the only goal against Inter with a tidy finish.

United’s long-standing interest in Harry Maguire is yet to materialise into a transfer, meaning Solskjaer is still looking for a partner for Victor Lindelof in the heart of defence.

That could open the door for Tuanzebe, fresh from helping Villa win promotion from the Championship after spending the season on loan at the Midlanders.

Tuanzebe was picked alongside Lindelof for the win over Inter, after which Solskjaer said of the 21-year-old: “He’s got a future at Manchester United. Inter Milan was a test for him playing against different opposition.

“He’s shown he’s very capable of playing at this level. Axel is going to be the future of this club.”

The first player born in the 2000s to appear in the Premier League, Gomes has already been given a handful of chances in United’s first team, having been the subject of plenty of hype throughout his days in the club’s academy.

Gomes played for the club’s Under-17 side when he was still just 13 and in 2015, Nani described the attacking midfielder as United’s “next star”.

Still just 18, the England youth international showed what the hype is all about by scoring a late winner against Spurs.

The 18-year-old was also handed four first-team outings by Solskjaer and continued that momentum by showing some impressive skill to beat three defenders and earn his side a penalty against Leeds.

Highly rated by all at United, Solskjaer himself has said he hopes Garner can eventually prove to be the man to fill Michael Carrick’s shoes as the Red Devils’ holding midfielder.

“He knows we believe in him, we’ve got great faith in him as the next Michael Carrick,” Solskjaer said after handing Garner an appearance off the bench in a 3-1 victory over Crystal Palace last term.

“I know he’s young and I know it’s not fair on kids to compare great players like Michael was, but he’s the same mould. He plays simple passes through the lines.

“Michael had the pressure of coming in after Roy Keane, so that’s just the way it is at Man United.”

A captain of United’s youth sides, the 18-year-old is unlikely to be thrust straight into first-team action, but the fact Solskjaer is happy to keep him around his senior squad – Garner made two substitute appearances in Australia – suggests the future is bright.

“We believe in the boy, we’ve given him a new (four-year) contract,” Solskjaer told FourFourTwo last week. “He wants to learn, he listens and tries to incorporate what we tell him into his game.

“He played against PSG away, scored (United’s goal of the season) against Southampton, he played against Liverpool. He is one we expect more from this season. If you give him game time, he’ll grow.”

Pereira has often been stuck in the middle at Old Trafford; good enough to be kept around the first team but not quite ready to cement a place for himself.

Now 23, this season feels like now or never for the Brazilian, who provided the assist for Anthony Martial’s opener against Tottenham. Judging by Solskjaer’s comments, Pereira will at least be given the chance to prove he belongs with the club.