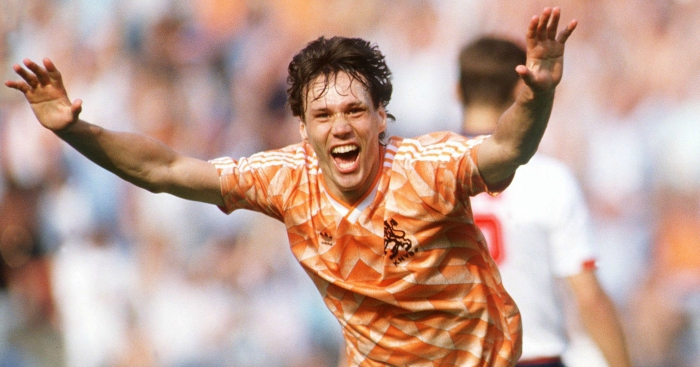 Goals scored from tight angles are understatedly tough to pull off – and players from Arsenal, Manchester United and Real Madrid have managed some of the best.

Scoring one requires a high degree of self-assurance, as the more sensible option would be to pick out a team-mate in a better position.

Here are the guys who ignore ‘sensible’, the players who have scored some of the best goals from what seemed like impossible angles.

PSG won the 2014-15 French League Cup after beating Bastia 4-0,and Cavani stole the goal with a remarkable solo goal.

It’s a bit like when the lad in the year above nicks the ball off the younger lot and starts running rings around them, refusing to give it back.

Another PSG example, Pauleta scored this tremendous goal against Marseille during the 2003-04 Ligue 1 season.

It also gives us a nice nostalgic pang of FIFA 2006’s compilation set over Black and White Town by Doves.

A goal that is largely forgotten, which is strange because it’s a really phenomenal goal in a big match.

In United’s Premier League clash with Arsenal in the 2009-10 season, Sir Alex Ferguson opted for Nani in the starting XI over Antonio Valencia, the club’s biggest signing of the summer.

And the Portuguese winger repaid his boss with this outrageous goal.

You might not know the name, but Ankersen was linked with a move to Newcastle United in 2017.

The Esbjerg defender scored this standout goal from his side’s 5-1 demolition of Aarhus in the Danish league in 2013.

Not bad for a No.3 – Newcastle don’t know what they missed.

Maicon, who was billed as one of the greatest right-backs in the world at the time, was yet to go through the ordeal of being turned inside out by a certain Gareth Bale in the Champions League.

At the 2010 World Cup, he opted for a classic toe-punt to help Brazil beat North Korea 2-1. God bless the Jabulani.

An obvious choice. The ne plus ultra of goals from an accut angles: Robert Carlos’ Impossible Goal. A shot hit so hard and with so much bend that it seemingly defied physics.

Rub your eyes, give your glasses a wipe – yes, that actually happened.

A largely unknown quantity at the time, Kanu made himself a cult hero at Highbury when he scored this goal against Chelsea in the 1998-99 season to round off a famous hat-trick.

Trailing 2-0 to the Blues, Kanu’s three goals in the final 15 minutes ensured a victory for the Gunners. But he saved his best for last. Kanu believe it? No, we can’t.

Djorkaeff, a cult hero in some corners of England, pulled off this outrageous goal from an impossible angle in a Serie A clash between Inter Milan and AS Roma in the 1996-97 season

Up until this point, Inter hadn’t won a match in six, drawing five times and losing once, so they really needed something special, and the Frenchman supplied the goods.

Borgetti appeared to warp physics with this one in Mexico’s World Cup 2002 group stage game with Italy.

It’s only by watching the second replay you comprehend precisely what Borgetti did – but how he did it is another matter.

One of the most iconic goals of all time, Van Basten pulled off this piece of magic as the Netherlands beat the Soviet Union in the Euro 1988 final.

The goal is fabulous, almost as good as the kit.