Six of the most ridiculous players linked with Liverpool during lockdown 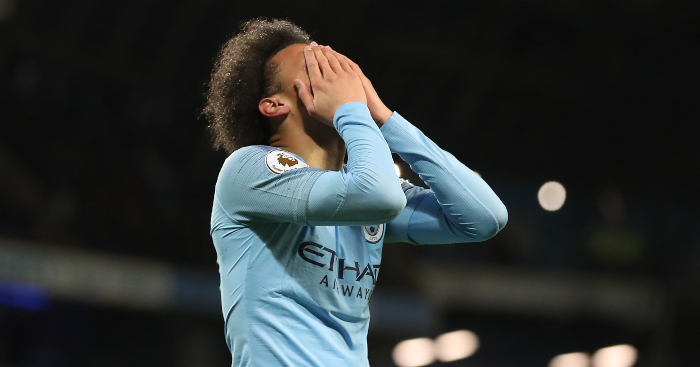 Despite already being one of the best teams in the world, Liverpool continue to be linked with a host of new players.

According to the Daily Mail, the Reds have put all transfer talks on hold due to the growing uncertainty of the current climate, but the rumour mill is still as busy as ever.

We’ve looked at six of the most ridiculous transfer rumours about Liverpool since lockdown began.

Selling the 24-year-old to a direct rival wouldn’t make much sense, and Falk himself admits Sane, who has seemed set to move to Bayern Munich throughout the past 12 moths, won’t move to Anfield out of respect for City.

That hasn’t stopped the rumour continuing to be reported – thanks to Football Insider regularly publishing “exclusive” “transfer updates” from, erm, Danny Mills…

In April, French outlet Le10 Sport reported that Klopp is so desperate to land Mbappe, he even called the Frenchman’s dad, while the Sun suggest that Liverpool are ready to make a world-record move.

But the 21-year-old will be valued at around £250million and the likelihood of the Reds pulling off a deal for Mbappe in the current climate appear incredibly slim – regardless of the fact Klopp himself has spoken of the near impossiblity of signing the forward in the past.

“Buying this calibre of player is difficult,” Klopp said in November 2019. “I don’t see any club at the moment who can buy Kylian Mbappe from PSG.

“I don’t see any club; that is how it is. And we are involved in the clubs that cannot do it. It is as easy as that.

“OK, from a sporting point of view, there are not a lot of reasons to not sign him. What a player he is. But it is about the money, of course. No chance. Absolutely no chance. Sorry for killing that story!”

Liverpool are in pole position to sign Napoli’s Koulibaly after PSG withdrew their interest in the defender, according to Le10 Sport. Yes them again.

It will reportedly take an offer of £88.4million to land the 28-year-old, and that would take up a large chunk of the Reds’ summer transfer budget.

Liverpool have been linked with a number of expensive centre-backs in recent months, seemingly ignoring the fact they already have fierce competition between Joe Gomez and Joel Matip to partner Virgil van Dijk.

Sure, Dejan Lovren may leave this summer – although probably not to Arsenal or Tottenham – but we don’t expect Liverpool to break their transfer record to replace their fourth-choice centre-back. Maybe we’re just cynical.

Since joining Tottenham in 2019, Ndombele has found it difficult to adapt to the Premier League, with his fitness publicly questioned by Jose Mourinho.

French outlet Foot Mercato claim that Klopp is looking at a loan deal with an option to buy for the midfielder, but that seems pretty unlikely.

Liverpool aren’t exactly short of options in central midfield, and the prospect of Daniel Levy allowing a club-record signing to join a Premier League rival on loan after just one season at the club seems…well, it doesn’t really seem like Daniel Levy at all.

"I was expecting my players to not be tired and to give more to the team."

Barcelona signed Dembele from Borussia Dortmund in a deal worth £135million in 2017 but the France international has failed to consistently produce that kind of form that earned him the move in the first place.

The Spanish giants have run out of patience with the 23-year-old and, in March, Sport suggested that Liverpool could make an £80million bid to secure his services.

Bu the winger has been plagued with injury problems over the last few years and there are also several concerns about his attitude off the pitch.

His £200,000-a-week wages would also prove a stumbling block as Liverpool try to budget for the losses made during the pandemic, especially when they already have Sadio Mane and Mo Salah firmly established out wide.

Liverpool have been heavily linked with Timo Werner in recent months, meaning fans were a bit underwhelmed when the Daily Mirror reported that they are one of four clubs interested in King.

After seeing a return to Manchester United botched in January, King has managed just four goals in 20 appearances for Bournemouth this season – Divock Origi has more than that and he hasn’t scored since December.

“I moved to England as a 16-year-old to achieve my dream and wanted to reach that goal at Manchester United,” King told Norwegian outlet TV2 in February 2020.

“When you hear that you are connected to United and a bid comes in, then the feelings you had as a 16-year-old come back to you.”