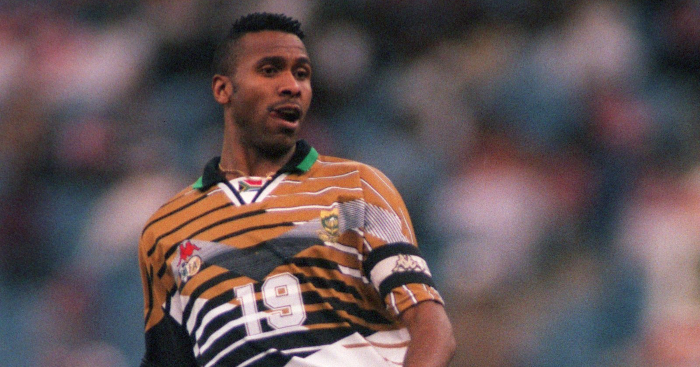 The 2022 Africa Cup Of Nations is almost underway, featuring many of the Premier League’s brightest stars, but can any of them join the pantheon of the tournament’s greats?

Liverpool’s Sadio Mane and Mohamed Salah travel to Cameroon looking to lead their nations to international glory and follow in the footsteps of some iconic African stars.

Eto’o’s short stints with Chelsea and Everton are little more than a footnote on a glittering club career that famously featured back-to-back Trebles with Barcelona and Inter. In fact, it’s easy to forget he was a Premier League player for 18 months.

But there’s no forgetting his exploits at the Cup of Nations. He scored in six different tournaments (a joint record), was the top scorer in 2006 and 2008 and is the all-time AFCON top scorer with 18 goals in total. With Cameroon, he also won it in 2000 (where he scored in the final as a 19-year-old) and again in 2002.

Asamoah Gyan’s time in England burned very brightly for a short time. After a brilliant 2010 World Cup with Ghana, he scored 10 goals in his first season at Sunderland before moving the Abu Dhabi side Al Ain.

But he’s been Mr. Consistent for his country, and ties Eto’o’s record for Cup Of Nations scored in – six in total.

After a bizarre captaincy row in which he announced he was retiring from international football, he was convinced to change his mind and made it to one last AFCON back in 2019.

He never quite managed to lead Ghana to the trophy but made a massive mark on the competition as the Black Stars’ all-time top scorer and appearance-maker. Gyan will even be on punditry duty for the 2022 tournament for massive African platform SuperSport.

McCarthy was largely slowing down in the final years of his career while he was in the Premier League, with diminishing returns after he scored 18 league goals in his debut season with Blackburn Rovers.

But the South African enjoyed a great career before he came to England, peaking with a Champions League in 2004 for Jose Mourinho’s Porto.

He was a handy player for his national team, too – he was the top scorer (seven goals) and player of the tournament as South Africa finished runners-up to Egypt in 1998.

Nobody has played in more Africa Cup Of Nations tournaments than the former Liverpool and West Ham defender, who remarkably made it to eight. He captained a great Cameroon side to their triumphs in 2000 and 2002.

Song scored the winning penalty in 2000, and was named the player of the tournament two years later as Cameroon won it without conceding a single goal.

He also inadvertently played a part in one of the tournament’s most bizarre moments, and one of Garth Crooks’ greatest meltdowns, when he was lying injured on the floor as Andre Bikey was sent off for pushing one of the medics on the pitch to treat him.

The Nigerian was just 20 when he featured for Nigeria in their Cup Of Nations win in 1994, and 10 years later would be named player of the tournament as the Super Eagles suffered penalty shootout heartbreak in the semi-finals against hosts Tunisia.

That 2004 tournament came as he was dazzling Premier League audiences during an unforgettable spell at Sam Allardyce’s Bolton. 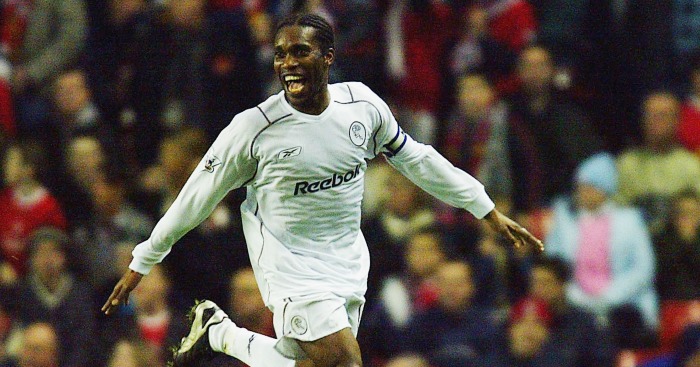 Unlike Salah and Mane, Mahrez has actually won the Cup of Nations – and the Manchester City forward played a key role as Algeria beat Mane’s Senegal to the trophy in 2019.

Named African Footballer of the Year in 2016 after his starring role in Leicester City’s miraculous title win, Mahrez provided one of AFCON’s most iconic recent moments with the definition of a clutch free-kick in the 95th minute of their semi-final against Nigeria.

He’ll be aiming to repeat such heroics as Algeria target retaining the trophy in Cameroon.

The Leeds United cult hero is just as loved in his home country. The centre-half was a huge figure as they won the Cup Of Nations in 1996, which had symbolic importance in post-Apartheid South Africa just as the Rugby World Cup did a year before.

“Winning the tournament was the making of us – Bafana Bafana were national heroes,” he told FourFourTwo in a 2018 interview.

“We beat Tunisia in the final at Soccer City and the atmosphere was incredible. We met Madiba [Nelson Mandela] before the game, which was inspiring, and a lot of the nation’s cricket and rugby stars were there. It brought the country together.”