Six of the weirdest transfer rumours in 2020: Hendrick, Sorloth, Pellegri 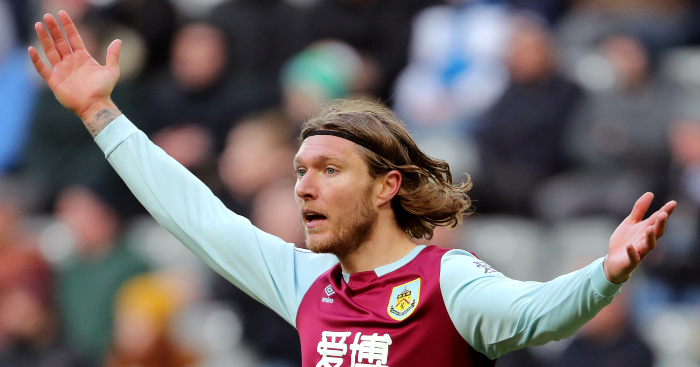 Just as we were starting to get tired of tedious transfer speculation, the rumour mill has really upped its game over the last few weeks.

There has been an air of intrigue surrounding Milan in recent months, amid reports of Ralf Rangnick’s potential appointment and a revamp of the club’s transfer policy to target young, up-and-coming players whose values are only going to increase.

And then last week Sky Sports published a story suggesting Milan are targeting Burnley midfielder Hendrick on a free transfer, interest which the Irish Independent have confirmed is genuine.

We’re gonna look like d*cks when he gets sold for £50million to Barcelona.

In December 2018, Sorloth sent a personal letter to a fan in his native Norway who had captained the striker in their Fantasy Football team, despite his struggle for first-team football at Crystal Palace.

“You are the ones I think of when I’m on the pitch for five minutes in every other match,” Sorloth wrote. “I don’t think too much about my playing time. And since I don’t get too much time on the ball I don’t need to think about it either.

“Therefore I can just wander around on the pitch, look up to the stands, and wonder if you’re in the stands cheering me on.”

The 24-year-old is still on the books at Palace, albeit on loan at Trabzonspor, where his record of 23 goals in 35 appearances this season has seen him linked with Real Madrid in recent months.

We eagerly await his letter when we captain him in our Fantasy team while he’s warming the bench at the Bernabeu.

Honestly, this whole Sørloth saga is the most “Palace” thing I can remember happening. The bloke looked off the pace against Grimsby Town and now he’s being watched by Real Madrid.

You couldn’t make it up.

A very big ‘been playing far too much Football Manager during lockdown’ vibe to this.

The Chilean Times claim that Bravo is among a potential list of targets for Celtic if they fail to re-sign on-loan Southampton goalkeeper Fraser Forster on a permanent deal.

Joe Hart and Tom Heaton are two other names linked, but the report suggests Bravo is the most enticing option as he would cost just £1million from Manchester City.

We fully endorse this one.

At the start of April, Goal published an article titled, ‘What happened to Pietro Pellegri? The €25m teenager in injury hell at Monaco’.

The headline pretty much answered it’s own question; Pellegri has failed to play a competitive game since September 2018 after Monaco spent £22million to sign the then-16-year-old from Genoa in January of the same year.

The forward broke Kylian Mbappe’s record to become Monaco’s youngest ever goalscorer and is the first player born in the 21st century to score in both Serie A and Ligue 1.

Pellegri was compared to Lionel Messi at Genoa and attracted the interest of Manchester United, but a series of groin and hamstring injuries mean he is now used as a warning for the over-exposure of young players to senior football.

Yet, just as you think United may have dodged a bullet:

Gianluca di Marzio with bizarre rumour of the day – claims that Manchester United are considering a bid for injury-stricken 19-year-old Italian & AS Monaco striker Pietro Pellegri.

Just to add to the sense that someone, somewhere, is taking the piss – the other club reportedly interested is PSV.

*to be clear to any lawyers reading, they definitely haven’t. It’s just a crap joke about PVA glue, which, as we all know, is the best kind of glue to sniff.

A bonus managerial rumour, but could you f*cking imagine?

‘Arry himself couldn’t resist a bit of banter on talkSPORT (eurgh), but the Nigerian Football Federation landed a haymaker in return, as a spokesman told Goal: “The news is all a hoax ….. even if Nigeria ever thought of having a new coach, it would definitely not have been Redknapp. Hiring him would mean returning the Super Eagles to the 1980s.” Ouch.

Peter Crouch, however, welcomed the news.

So excited to get my Nigerian passport through today #gosupereagles 👍🏻