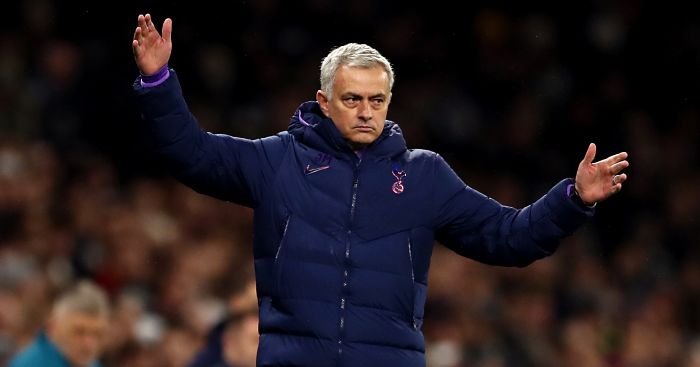 As Tottenham players are quickly discovering, Jose Mourinho is not afraid to criticise a player publicly if he feels it is needed – but he has had mixed results so far throughout his career in this regard.

Mourinho has long used psychology as a way to inspire a reaction from his players – or put pressure on opponents. He even admitted it in 2014: “Everything I say and do are mind games. The only thing that is not mind games are the results.”

Here are seven examples of him criticising one of his players publicly, along with what happened next.

What Mourinho said: “When he scored the goal the game finished for him. After that I needed 11 players for my defensive organisation and I had just 10.”

What happened next: Cole had flattered to deceive at Chelsea until the arrival of Mourinho as manager. The attacker responded to the Portuguese’s tough love by establishing himself as a regular for both club and country, so much so we still really love him. 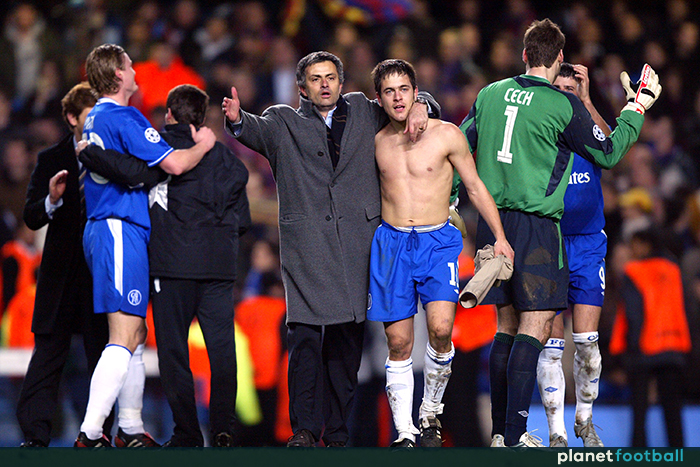 What Mourinho said: “Ricardo Carvalho seems to have problems understanding things, maybe he should have an IQ test, or go to a mental hospital or something.”

What happened next: Carvalho was unhappy at not being picked for the first match of the 2005-06 season but worked his way back into Mourinho’s good books and linked up with the manager for a third time at Real Madrid, having also served under him at Porto.

What Mourinho said: “Pepe has a problem. And his name is Raphael Varane.

“That’s the whole story. It isn’t easy for a man aged 31 with a lot of experience behind him to be blown out of the water by a kid of 19. It’s very simple. The problem is very simple. Pepe’s life has changed.”

What happened next: Mourinho’s time in charge of Real Madrid ended in acrimony, with the club’s senior players unhappy at the treatment of Iker Casillas. After labelling the 2012-13 season the “the worst of my career”, he left the Bernabeu, paving the way for his return to Stamford Bridge.

What Mourinho said: “When the comments come from a player like Eden it’s normal because he’s not the kind of player to sacrifice himself for the team. Normally you get these kind of comments from players like him, from players that can’t resolve a problem like we had in the first goal.

What happened next: Mourinho’s first season back at Chelsea ended in disappointment, but the following campaign the Blues claimed the title, with Hazard winning the FWA Footballer of the Year and PFA Players’ Player of the Year awards. Let’s not mention the third season.

Eden Hazard has said that he had improved more after one week of working with Conte than after two years by Jose Mourinho. (Mirror) #Chelsea pic.twitter.com/KgTbtU92wR

What Mourinho said: “I cannot compare the way he trains [with other contenders for the position], the way he commits, the focus, the ambition. He is a long way behind.”

What happened next: This was not the first or the last time Mourinho has criticised Shaw, but this was perhaps the most stinging. The were signs of improvement at one stage, but it never really got going, did it?

Paul Pogba – Pretty much all the time

What Mourinho said: Well, where to start? We pulled together this timeline of Pogba and Mourinho’s turbulent relationship at the start of his final season at Old Trafford, which ended with the manager claiming he had never been happier with the midfielder. A month later, Mourinho stripped Pogba of the vice-captaincy.

What happened next: Mourinho failed to get the best out of Pogba and ultimately paid the price by losing his job.

What Mourinho said: “I cannot say that he is injured because in five minutes we start the training session that maybe you go to the stands and you can watch it. ‘And he’s going to be training normally. So I cannot say that he’s injured. I can say that yesterday he told me he was not feeling in conditions to play the game.”

What happened next: Three days later, Mourinho praised Ndombele for an “absolutely phenomenal” performance in a 2-2 draw with Norwich City. Once another three days had passed, Mourinho was taking another swipe at the midfielder’s durability: “He’s always injured. He’s injured, he’s not injured, he plays one match. This is the same since the beginning of the season.”

And Mourinho took arguably his biggest swipe at Ndombele after replacing the midfielder at halft-time in Spurs’ 1-1 draw at Burnley: “In the first half we didn’t have a midfield… I’m not going to run away and I have to say he [Ndombele] has had enough time to come to a different level. I know the Premier League is difficult, and some players take a long time to adapt to a different league.

After landing himself in hot water by training with Ndombele during lockdown, Mourinho still only handed the player 64 minutes of Premier League football upon the league’s restart – but he did feature off the bench in Spurs’ opening fixture of 2020-21 having been praised on the eve of the game by his manager.

“I have to be honest and say he is working better than ever,” Mourinho said.