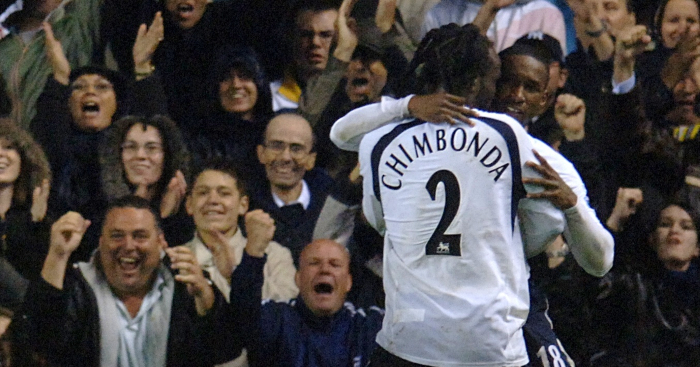 Manchester United‘s Paul Pogba has raised a few eyebrows by being included in this season’s PFA Team Of The Year, but there have been much more questionable choices in the past.

Football writer Michael Cox (@Zonal_Marking) has gone through the painstaking process of compiling all of the previous teams into one handy spreadsheet, and it all looks pretty standard stuff on first glance.

Some of these players have been named in the team of the year as many times as the likes of Dennis Bergkamp, Peter Schmeichel, Eric Cantona and Kevin De Bruyne – just once.

The PFA Team of the Year during the Premier League era. Colours to show repeat players. pic.twitter.com/D9ojAcR8rA

Here are some of the names we couldn’t believe when we saw them:

The long-serving QPR right-back was named in the Premier League’s best XI in its inaugural year, featuring alongside the likes of Paul Ince, Roy Keane, Ryan Giggs and Alan Shearer, while Paul McGrath was named player of the year.

Alex Ferguson won his first title in charge of Manchester United, but it was safe to say the top flight was almost unrecognisable then. Not only did Bardsley’s QPR finish fifth, but Aston Villa, Norwich and Blackburn were all in the top four, while Schmeichel was the only non-British or Irish player in the team of the year.

Jones famously never scored in 243 appearances for Liverpool. But those that played alongside him remember that he was as a brilliant right-back at his best.

“I played with Rob Jones a few times and he was a bit unfortunate with injuries and his best form was probably before I got into the team, when he was as good as probably anything in Europe at the time,” said Jamie Carragher, years later. “He was playing out of his skin and I think if he’d have stayed fit he probably would have gone on to win 70 or 80 caps for England instead of Gary Neville.”

The Reds defender was a faithful servant through the 90s. His time at the club is largely associated with fallow years in which Liverpool gradually started to become accustomed to not winning much, while serial title winner Neville would go on to be named in the team of the year six times whilst an England mainstay.

Excellent for Nottingham Forest in the 1995-96 season in particular, before suffering a horrific leg break that kept him out of action the following year.

We’ll never not associate his name with this miss though:

This was the year in which Johnson would regularly win penalties and then step up to convert them, like Wilfried Zaha and Luka Milivojevic rolled into one. Referees cottoned on to his technique, though, and spot-kicks became a lot less common from then on.

Erratic performances with Spurs have earned Chimbonda a reputation as a bit of a joke figure, but he was genuinely very good in his breakout year at Wigan.

And what a year it was.

He had a great year. Wore gloves on the first day of the season, got stung by a wasp midway through a game in September, handed in a transfer request in the dressing room minutes after FT on the final day

Dunne will forever be remembered for the many, many own goals and general oafish style on the pitch, but Man City’s long-serving captain was a useful player to have in the years they transitioned from scrappy midtable rogues to all-conquering oilballers.

The year in which he was named in the team of the year, though, was actually his first away from Manchester. Villa finished one place behind City in the 2009-10 campaign, as well as runners-up in the League Cup and FA Cup semi-finalists. Dunne was a rock.

13 legends who moved to England too late: Shevchenko Gullit, Larsson…