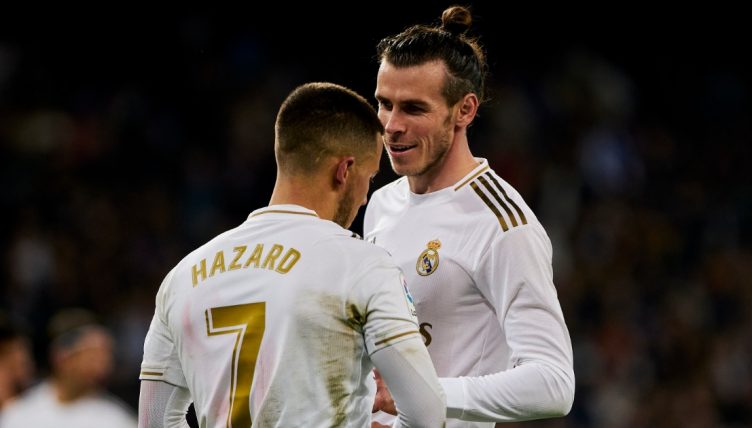 Real Madrid are the most successful club in European football, so it’s to be expected that representing them comes with certain demands.

Some truly sensational footballers have found themselves unable to escape the wrath of the famously discerning Spanish press. If they believe that a player isn’t good enough, or isn’t pulling their weight, writers in Madrid-based sports dailies like AS and Marca will not mince their words in saying so.

Here are six Madrid players that have found themselves strongly criticised by the country’s vociferous, at times downright vicious, media.

You might have imagined that lively Spanish football debate program El Cheringuito was announcing the death of a beloved figure, such was the sombre presentation after Real Madrid’s Champions League semi-final defeat to Chelsea in 2021.

No, this was far more grave: Los Blancos record signing Hazard committed the unforgivable crime of laughing with his former Chelsea team-mates after the final whistle.

“Real Madrid are out of Europe as Hazard finds time to laugh and joke,” host Josep Pedrerol stated after a dramatic pause.

“Two years of taking the piss out of Real Madrid supporters, two years of being overweight, just another Gareth Bale.

“We are angry, we don’t understand him. He cannot stay at Real Madrid for another second.”

Such are the standards held by the Madrid-based press, that “just another Gareth Bale” is meant as a bad thing. That’s quite something, given the Wales international has won four Champions Leagues with the club, scoring some truly iconic goals in finals.

But he failed to step up to the mantle as Cristiano Ronaldo’s successor and fitness issues have prevented Bale from making a regular impact at club in recent years.

In 2019, former Real forward and sporting director Predrag Mijatovic suggested that Bale cared more about playing golf and representing his country than he did about playing for his club, a charge gleefully adopted by Wales’ dedicated supporters.

After securing qualification to Euro 2020 with Wales, amid a protracted run of poor form for Real, Bale was photographed smiling behind a flag reading: “Wales. Golf. Madrid. In that order.”

Needless to say, Marca didn’t see the funny side and called him disrespectful, misguided and ungrateful.

The Spanish outlet attacked Bale once again in 2022, labelling him a ‘parasite’ before Wales’ World Cup qualifier against Austria.

Little bit of lovely Bale drama that passed me by yesterday:

Bale screamed "suck that" into the camera after scoring the free kick and kissed the badge, after Marca depicted him as a parasite sucking the blood from Real Madrid.

Another big-money signed that once shone brightly but was eventually deemed surplus to requirements, Rodriguez’s professionalism and fitness were called into question by a number of Spanish sports dailies.

The criticism did not go unnoticed by the Colombian, who responded by posting an Instagram picture showing off his ripped physique.

“The talk really pisses me off. My people know how I act and that I always seek to take good care of myself,” he told Marca.

“I’m a professional. What’s been said about me going out a lot at night is a lie. It really pisses me off that people doubt me and say I’m looking fat.”

Diego Torres is one of the most prominent journalists working in Spanish football, best known for an explosive behind-the-scenes expose of Jose Mourinho’s time as Real Madrid manager, as well as something of a running feud with Isco.

Writing in El Pais, Torres criticised the Los Blancos midfielder’s performances for Spain at the 2018 World Cup, which resulted in Isco calling him out directly on Twitter: “Diego Torres, you are very, very bad.”

That wasn’t the end of it. A couple of months later, Isco was on press conference duty and refused to answer a question directly from Torres.

“I won’t answer that question as you’ll write whatever you like in your section in the newspaper, so I’ll just you let you carry on in that manner,” he responded.

“We’re the ones playing on the pitch for the national team but we need people around us who are helpful instead of putting obstacles in the way constantly as that offers nothing.”

In spite of being the club’s third all-time top scorer, Benzema hasn’t always escaped stick, especially when he was playing second fiddle to Cristiano Ronaldo.

But Madrid’s No.9 is well-versed in dealing with criticism, given his history with the France national team and terse relationship with his country’s media.

“The best players are constantly criticised because that is what sells newspapers,” Benzema told Marca in April 2018, towards the end of a season where he’d scored just five goals in La Liga.

“When I do not play well, I know I did not have a good game so I have no need to read more about it in the press.

“When my name is in the papers it does not impact me, I do not care about it because it does not mean anything because I know I always try my best to win every game.”

Infamously outspoken AS columnist Tomas Roncero gave Owen both barrels during his unsuccessful one-season stint in the Spanish capital.

“This newspaper said so on that ill-fated 12 August, that desperate day of self-inflicted pain when Madrid signed Owen, sold [Samuel] Eto’o to Barcelona and missed out on Patrick Vieira,” he wrote.