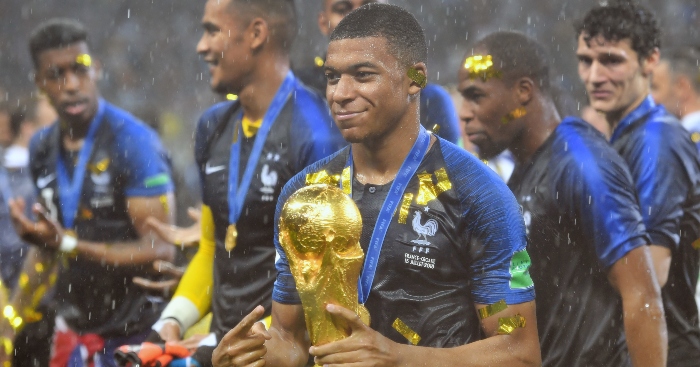 Kylian Mbappé has quickly established himself as one of the world’s best footballers after his meteoric rise to greatness.

So many players are tipped as a youngster to succeed, but only few develop into the player that many thought they might be. Mbappé is undoubtedly one of those few.

Still just 20, Mbappé has astonishingly already reached 100 career goals, but there is still much more to come from the PSG star.

Mbappé grew up in Bondy, situated in the suburbs of Paris, an area described as “breeding grounds for crime and terrorism” by the New York Times.

He started his career within this area with AS Bondy and quickly stood out. One of his former coaches, Antonio Riccardi, told the BBC: “Kylian could do much more than the other children. His dribbling was already fantastic and he was much faster than the others.”

Mbappé joined the Clairefontaine academy as so many young French players do and impressed a host of European giants, including Real Madrid, before deciding on Monaco as a 16-year-old.

The club quickly showed their trust in the exciting teenager as he became the youngest player to appear for the club at 16 years and 347 days.

His first goal, which came in a 3-1 victory over Troyes, also saw him write his name into the Monaco history books as the club’s youngest goalscorer at 17 years and 62 days. Oh, and both those records were previously held by Thierry Henry, so good signs and all that.

He mainly had to settle for cameo appearances here and there in his first professional season, but the footballing world started to take note as it became apparent that this boy was going to be something special.

It would have been easy for Mbappé to fall under the pressure that the previous season’s glimpses brought, but if anything he excelled under his new reputation, playing a huge part in Monaco earning their first title for 17 years.

The forward reached 15 goals and 11 assists by the end of the domestic season, but it was on the European stage that he really shone.

Despite not starting any of the Champions League group games, he finished as one of the competition’s top scorers, netting six goals in Monaco’s run to the semi-final, which included that ridiculous 6-6 draw with Manchester City.

Paris-Saint Germain brought Mbappé to the Parc des Princes for a mouth-watering figure of around £160million, making him the second most expensive player in the world with only his new team-mate Neymar costing more.

Unai Emery threw the Frenchman straight into the team and got his just rewards, with Mbappé scoring on his debut against Metz and then again four days later against Celtic in the Champions League.

Mbappé, alongside Neymar and Edinson Cavani, continued to run riot throughout the 2017-18 season which saw PSG lift all three domestic trophies

France’s players were in the media spotlight having been dubbed favourites to win the tournament, but perhaps none more so than Mbappé.

You wouldn’t know he was just a teenager, though, as he seemed to thrive under the pressure at the 2018 World Cup finals and showed exactly why many have tipped him to eventually win the ultimate individual award: the Ballon d’Or.

The then-19-year-old scored four times in his six starts, one of which was the last goal in the 4-2 victory over Croatia in the final.

But it wasn’t just his goals that got everybody talking. His overall gameplay was exceptional, and he was quite rightly was named the Young Player of the tournament.

If you don’t know quite how impressive this is, just look at this for a comparison with the world’s best.

There’s absolutely no sign of his progress slowing down and, at this rate, it seems the boy has no limits.

Forget Neymar, Allan Saint-Maximin is the Ligue 1 showboat for you