7 times Marcus Rashford was a better person than everyone else 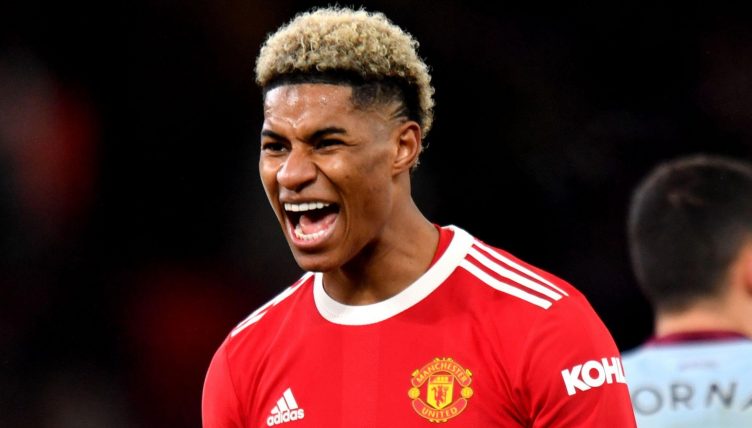 Manchester United star Marcus Rashford has become a class act off the pitch as well as on it, and he is one of the game’s genuine good guys.

Rashford has managed to become one of the best players in the Premier League – recent form notwithstanding – while also disproving the stereotype of a modern footballer.

We’ve taken a look back at seven times we’ve just really wanted to tell him how much we love him.

In December 2019, Rashford began an initiative to encourage people to support Manchester’s homeless community over the festive period.

He linked up with department store Selfridges to launch the ‘In-The-Box’ campaign, which would help some of the city’s biggest homeless shelters in Barnabus, Centrepoint and Lifeshare.

The initiative saw members of the public fill a shoebox with essential items such as warm clothing and sanitary items and the boxes were then distributed to people in greater need.

“I’m extremely proud of where I’m from,” Rashford said. “I love this city and appreciate all of the support the city has given me over the years so this is my opportunity to help out those that might not otherwise have the best Christmas.

“I’m hoping lots of people will want to get involved too so we can make a real impact together.”

Over 1200 boxes were donated during the campaign and Rashford personally delivered hundreds of boxes to the homeless shelters.

Marcus Rashford and his mum Melanie were at homeless shelters in Manchester yesterday handing out the more than 1,200 boxes donated during his In The Box Christmas campaign. Top man.

In February 2020, Rashford received a letter from a young fan, who invited him to be a judge at his school for a poetry competition.

“Dear Marcus Rashford, please will you be our judge for our World Book Day poetry competition?” read the letter.

“The deaf children in Manchester will write poems. Please can you pick your winners! And give our prizes if you can? Please let us know if you can before Feb 7th.”

After agreeing to judge the competition, Rashford then started learning sign language in preparation for meeting the kids.

The England international also vowed to hand out the awards in person after the lockdown restrictions were lifted.

When schools across the country were closed due to the coronavirus pandemic, children that are reliant upon free school meals were at risk of going hungry.

Rashford took it upon himself to raise awareness and partnered with Fareshare, a national network of charitable food distributors who take surplus supplies to community groups.

“In the past I have done a lot of work in regards to children and when I heard about the school’s shutting down, I knew that meant free meals for some kids that they are not getting at school,” Rashford told BBC Breakfast in March 2020.

“I remember when I was at school I was on free meals and my mum wouldn’t get home until around six o’clock so my next meal would have been about eight o’clock. I was fortunate, and there are kids in much more difficult situations that don’t get their meals at homes.”

With his help, over £20million has been raised and Fareshare are now supplying three million meals a week to children in need across the UK.

The forward then wrote a personal letter to MPs and convinced the government to extend its free school meal voucher scheme into the summer holidays.

An Open Letter to all MPs in Parliament…#maketheUturn

Despite Rashford’s brilliant work off the pitch in recent months, he was one of three players subjected to vile racist abuse after missing a penalty in England’s Euro 2020 final defeat to Italy.

His mural in Manchester was also defaced with abusive graffiti, although it has since been covered in messages of support for the player.

In an emotional statement sent out on Twitter, Rashford apologised for missing his penalty and said that he felt like he’d let everybody down.

While a lot of people would have understandably snapped back at the horrible trolls, he then decided to focus on the positive comments that he had seen on social media.

“The messages I’ve received today have been positively overwhelming and seeing the response in Withington had me on the verge of tears,” Rashford said.

“The communities that always wrapped their arms around me continue to hold me up. I’m Marcus Rashford, 23-year-old, black man from Withington and Wythenshawe, South Manchester. If I have nothing else I have that.”

Lifelong Manchester United fan John Burk planned a celebratory trip to England after beating cancer and was hoping to complete his visit by attending a match at Old Trafford for the first time.

Rashford was alerted to the campaign on social media and stepped in to give John and his friends some tickets for United’s Premier League game against Brighton in November 2019.

But the 23-year-old wasn’t stopping there, as he helped to sort out John’s accommodation and also gave him a signed United shirt after the game.

Rashford has also reserved two match tickets for an NHS worker as a thank-you for his efforts during the coronavirus crisis.

Humbled to meet @Jobu_13 and his friends after the game as well.

It was a pleasure to host you after the journey you’ve been on, John. Hope you enjoyed the win and also enjoy the rest of your time in Manchester 👊🏿❤️ pic.twitter.com/M4bZSloyqb

After the terrorist attack at Manchester Arena in 2017, Rashford and team-mate Jesse Lingard went to Manchester Children’s Hospital to spend time with some of the injured children.

The pair brought United shirts for those being treated at the hospital and were able to put huge smiles back on the children’s faces.

“That’s one of the reasons why we wanted to visit the hospitals. We are doing all we can to support the families and the victims of the attack.”

Good spending the day on the children's ward with some of the children injured during the recent events in Manchester #OneLoveManchester ❤️ pic.twitter.com/g2g5wjV0mD

While most people love receiving presents on their birthday, Rashford decided to hand out some gifts on his 21st birthday in 2018.

After a group of young trick or treaters sang ‘Happy Birthday’ to the United star, he responded by handing out £20 notes to each one of them.

It may not be a big gesture but that small act of kindness would have made their day.

My 8 year old has just been trick or treating with 4 other friends in Sale. Nice man pulled up in his car. Lady in passenger seat said ‘sing happy birthday, he’s 21 today’, so they did. And he gave each of them a £20 note. Thank you @MarcusRashford 👏🏻👏🏻