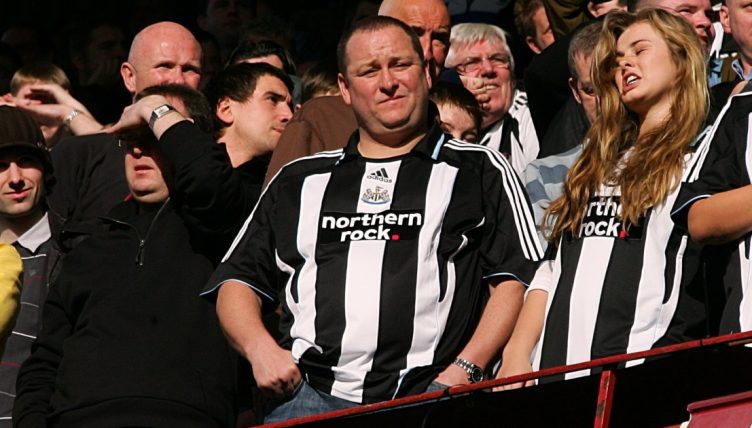 “I would like to say sorry to our magnificent supporters who have turned up in their thousands, home and away, up and down the country and who have given the team amazing backing throughout.

“And I would also say sorry to all of the club’s hard-working staff, who have gone about their jobs all year long.”

It is has been 12 years since Mike Ashley published this heartfelt apology to Newcastle United supporters and staff after the club’s first Premier League relegation.

You almost have to do a double-take. Seasons have passed and it seems almost as though these sympathetic words were spoken by a different man entirely, not one who has once again decided not to improve upon a relegation-battling side.

In the very beginning, his intentions with the club seemed quite genuine. Ashley allegedly only found out about the club’s debt after purchasing it, and so gave the club a £110millon interest-free loan on top of the £134million he bought it with.

In February 2009, he used some £10million of his personal wealth to pay off outstanding player fees. Kinder people would say he was merely a man out of his depth at this point. But what has followed is a series of abysmal mistakes and irreparable neglect that’s spiralled Newcastle into the biggest nadir in its 128-year history.

In order of obscenity, here are six of the most disastrous Ashley incidents during his 14-year tenure at Newcastle, the times when he really did take the biscuit.

When he announced a huge training ground overhaul, then quietly pulled the plug (2014)

If there was ever a picture to sum up Ashley’s reign at Newcastle, it is the sight of elite Premier League footballers in what looks like a 12-foot Argos-bought inflatable paddling pool. The picture is a testament to just how much dire need of rejuvenation Newcastle’s facilities were (and still are.)

In 2014, Newcastle released a statement saying that there are preparing to rejuvenate the training ground into a state-of-the-art facility. But the project was scrapped a few months later. Many reasons were cited as to why; none hugely satisfying.

As for the infamous pool, it has never been seen in public since. You’d suspect that if it even received a puncture and the tight-fisted club would’ve ensured some gaffer tape was lying around to mend it, so its whereabouts remain a mystery.

Can we all just take a moment to realise that this picture is real & #nufc players are given a f***ing paddling pool to cool down after training.

This sums up Mike Ashley's ownership of Newcastle Utd.

Technically, it does the job & it's cheap.

Despite it all, you have to admit Ashley must have some degree of intelligence to be a self-made billionaire. But then at such a juncture, it is bewildering to think some of his antics strongly suggest otherwise; a businessman who, in regard to Newcastle, does not understand the fundamentals of risk versus reward. This incident proves no different.

Newcastle might have been in the Championship during 2016-17 season, but it felt as though good times were on the horizon. The side were looking ever more likely to earn promotion, while they had their prized hero, Rafa Benitez, as manager.

Such was the elation you could almost forget that Ashley even owned the football club, the only reminder being that huge Sports Direct emblem hanging off the East Stand like an inoperable towering wart.

In the January transfer window, when Newcastle were neck-and-neck with Brighton contending for automatic promotion, Benitez wanted to bring back Andros Townsend to St James’ Park on an initial loan deal.

It made sense. Townsend would certainly be that inch Newcastle needed to tip the northern side to an automatic promotion place, and in doing so they could expect a cool £100million TV money on their return to the top flight. Not only this but Ashley would keep one Spaniard very happy indeed.

But It was like Ashley must have looked across Tyneside, seen still calmness and lack of disgruntlement, and decided it needed immediate rupturing.

As the transfer reports showed that the deal was about to be wrapped up, Ashley pulled the plug on the entire move, simultaneously angering Benitez and the fans, while also reducing Newcastle’s chances of promotion. All for a relatively minimal sum.

It may not have seemed a significant moment at the time, but it was the beginning of the end of Benitez, and a stern reminder to Newcastle fans who truly called the shots are their football club: the walking flush-faced Paddy Power baddy.

​For a man who otherwise seems completely apathetic to the club, Ashley has an uncanny knack of meddling enough to upset or fire some of the most respected and loved managers on Tyneside, from Alan Shearer to Chris Hughton to Benitez.

But it’s the treatment of Kevin Keegan that’s made this list. The incident was an absolute horror show, not least because he had to fork out a huge paycheque to Geordie hero, who sued his once-beloved club on grounds of constructive dismissal.

Bringing King Kev back to Newcastle was a popular move; treating him with contempt and siding with I’m A Celeb TV star and occasional pundit Dennis Wise really wasn’t.

Keegan asked for investment to make Newcastle a force again, particularly after the sale of James Milner to Aston Villa. But Ashley imposed certain players on him, Wise demanding the signing of Nacho Gonzalez after watching him ‘on YouTube’.

An enraged Keegan left the club, saying he was unable to manage on his own terms.

At the tribunal, he spoke about how the trio of Ashley, Wise and Derek Llambias undermined him. The panel said that Keegan was misled by Newcastle and so was awarded £2million in pay-out in damages from the club.

The concluding statement: “The club admitted to the employment tribunal that it deliberately mislead the press, public and fans of Newcastle United” has been used as an anti-Ashley slogan by supporters ever since.

In this quite spectacularly graceless move, Ashley striped St James’ Park, Newcastle’s home of 128 years, of its name and rebranded it the title of his mockable-if-very-large-and-profitable retail company.

What makes this matter is worse that it came at a time where Newcastle fans were jubilant and were enjoying a rare high as they were sitting third in the league, unbeaten.

The decision provided great ammunition for mockery by rival supporters, while Newcastle were stripped of one of their proudest assets and the last remaining reminder that there are, indeed, a club of some prestige.

You would have thought the £35million-or-so sale of Andy Carroll the previous January would have been enough to generate funds instead of rehashing the stadium’s name. For Ashley, clearly not.

Following what was supposed to be a meal to ease tensions with then-manager Rafa Benitez and his side, Ashley exited a Ponteland restaurant and did something unprecedented for an owner.

He was met by an angry mob as he lept the backseat of a car and subsequently stuck two fingers at the protesting supporters through the window as he sped off into the night. What should have been a turning point for the owner, manager, players, and supporters turned into another debacle for Ashley.

In the interest of fairness, it must be said that Ashley released a statement denying he made the V-sign at fans, and that his legal team will be in touch with newspaper editors of their reporting of the incident. But to public knowledge, no one has heard from them since.

This is not among the others as it is not football-related per sue, and yet it’s probably the most damning indictment of all.

Following an investigation into Sports Direct warehouse practices by the Guardian, an opinion piece in the Times stated that Ashley was a “supreme leader”, and “in charge of what many regard as a rogue institution”, while his “inner circle is packed with family members and toadies”, before concluding “apart from that, and a common rotundity, there is no similarity between Mike Ashley and Kim Jong-un.”

The Times argued that the comments were made with “adequate factual basis” and an IPSO investigation concluded the same.

When an article comparing you to a murderous dictator is legally fair, it’s probably time to reconsider your values.

Can you name Newcastle United’s Xl from their 3-2 win over Barcelona, 1997?