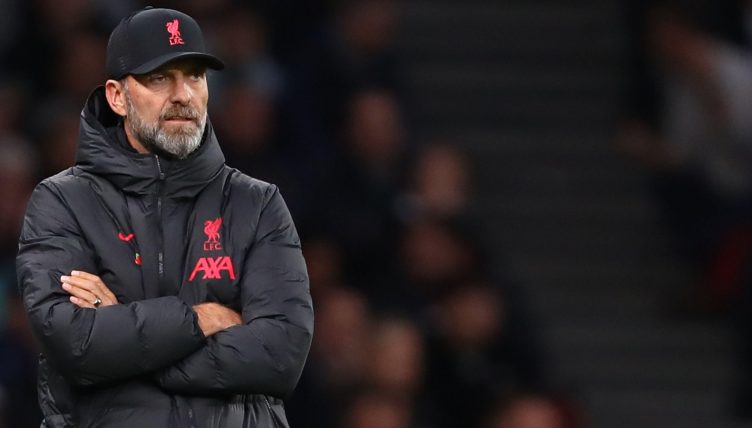 Since becoming Liverpool manager in October 2015, Jurgen Klopp has made a series of brilliant signings in the transfer market.

While the Reds have given Klopp players like Virgil van Dijk, Mohamed Salah and Alisson, he has also missed out on some of his other top targets.

We’ve looked back at nine deals that Klopp came incredibly close to sealing and, where applicable, we’ve then included who Liverpool turned to instead.

After Liverpool’s win over Spurs in November 2022, Klopp took to praising one of the opposition forwards in his typically effusive style.

Asked about Son Heung-min, the Reds boss said: “One of the big mistakes in my life was that I didn’t sign him. Outstanding player. World-class player and one of the best strikers in the world. Yeah, you should be proud.”

Somewhat surprisingly, Liverpool were linked with a shock transfer swoop for Son this summer following the departure of Sadio Mane, who joined Bundesliga champions Bayern Munich.

Son would have been the ideal replacement for Mane but, with the move always looking unrealistic, Klopp invested in Darwin Nunez instead.

Klopp was keen to bring Tchouameni to Anfield at the end of last season after missing out on both the Premier League and Champions League in agonising circumstances.

The 22-year-old France international was seen as the perfect candidate to strengthen Liverpool’s midfield but he chose to join their European conquerers, Real Madrid, instead.

Liverpool failed to sign a top-class midfielder last summer and have suffered the consequences with a slow start to the current campaign. We can’t imagine Klopp making the same mistake in the summer of 2023…

After starring for RB Leipzig and fluttering his eyelashes in the direction of Anfield, Werner looked set to join Liverpool in the summer of 2020.

But the financial impact of the global pandemic scuppered Liverpool’s interest in the Germany international. who ultimately joined Chelsea instead.

The Reds then signed Diogo Jota for £41million but only paid £4million up front after Wolves agreed to take the transfer payment in instalments.

While Wener has become renowned for his erratic finishing, Jota has become a goal machine, scoring 34 goals in his first 93 appearances for Liverpool.

📊 STAT: Diogo Jota has scored in 17 different Premier League games for Liverpool – they have won 14 and drawn three. #awlive [lfc]pic.twitter.com/k6ZAyVmNHq

In January 2016, Klopp attempted to secure his first major signing as Liverpool manager and made an approach for Shakhtar Donetsk’s Alex Teixeira.

The Brazil international expressed a strong desire to move to Merseyside, but the Reds weren’t willing to meet the £38million asking price.

“The team received one offer from Liverpool,” Teixeira told Anfield HQ in January 2016. “It was rejected, I don’t know why. There’s only been one offer and Shakhtar rejected it.

“I know my agent is still attempting everything possible to help get me to Liverpool. It was a great offer. It’s frustrating.”

The deal failed to materialise and Teixeira joined Chinese side Jiansu Suning instead, where he scored 72 goals in 150 appearances.

Klopp, meanwhile, had to settle for Steven Caulker that January.

After taking over at Liverpool in 2015, Klopp realised that they needed to add more quality on the flanks and identified Dembele as the man for the right wing berth.

Dembele had enjoyed an impressive breakthrough season at Ligue 1 club Rennes in 2015-16, but he went on to join Borussia Dortmund before moving to Barcelona 12 months later.

“I saw Klopp in Paris but I told him I’d made up my mind to sign for BVB.” Dembele told FourFourTwo in 2017.

Liverpool turned their attention to Sadio Mane. Klopp probably isn’t losing any sleep over that one.

After Liverpool’s defeat in the 2016 Europa League final, it became clear that they needed a new left-back.

The Reds attempted to sign Leicester City’s Ben Chilwell, but they were ultimately priced out of a move for the player and refused to meet the £10million asking price.

“My agent was the one dealing with it all, talking to Liverpool and Leicester about the situation,” Chiwell told Sky Sports in 2019.

“At the time, I was trying to break into the Under-21 team at Leicester so I was just focused on getting into that and progressing into the first team here.”

Robertson has become a key player for Klopp’s side, while Chilwell later completed a £50million move to Chelsea in 2020.

Zielinski caught Liverpool’s eye with his performances on loan at Empoli in Serie A and met with Klopp in 2016 to discuss a potential transfer.

“My head was a mess. Liverpool finally got a plane and I met with Jurgen Klopp,” Zielinski told Polish outlet Przegląd Sportowy in 2016.

“He said he wanted me in his team. I saw a different world and after returning my head was an even bigger mess.”

The midfielder was even pictured wearing a Liverpool shirt on Polish television but negotiations with Udinese proved extremely difficult, and he joined Napoli instead.

Liverpool went to plan B and signed Georginio Wijnaldum from Newcastle United for £25million, which didn’t work out too badly.

Zielinski in a Liverpool shirt. pic.twitter.com/WEpOJtecmu

Klopp was keen to bolster his midfield options in 2016, but the Reds failed in their attempts to prise Dahoud from Borussia Monchengladbach.

The Bundesliga side were reluctant to lose another key asset after selling Granit Xhaka to Arsenal and rejected a £25million bid for Dahoud.

Borussia Dortmund then announced that they had secured a move for the midfielder in 2017 and Liverpool turned their attentions to Naby Keita. Meh.

Liverpool looked to have signed their Philippe Coutinho replacement when they agreed a £53million fee for Fekir in 2018, only for the deal to fall through at the eleventh hour.

The Reds reportedly pulled out of the deal due to concerns over the midfielder’s knee during the medical, although he disputes those claims.

“You want the truth? Even I don’t know, I promise you,” Fekir told L’Equipe in 2019. “I did my medical and then [Liverpool] decided not to sign me.

“At some point they wanted to have me believe it was because of my knee, but an excuse needed to be found.”

Liverpool then decided to spend that money on other areas, while Fekir joined Real Betis for £17million 12 months later.

READ MORE: An impressive Xl of players Jurgen Klopp has sold during his career

TRY A QUIZ: Can you name Rafa Benitez’s 30 most-used players at Liverpool?