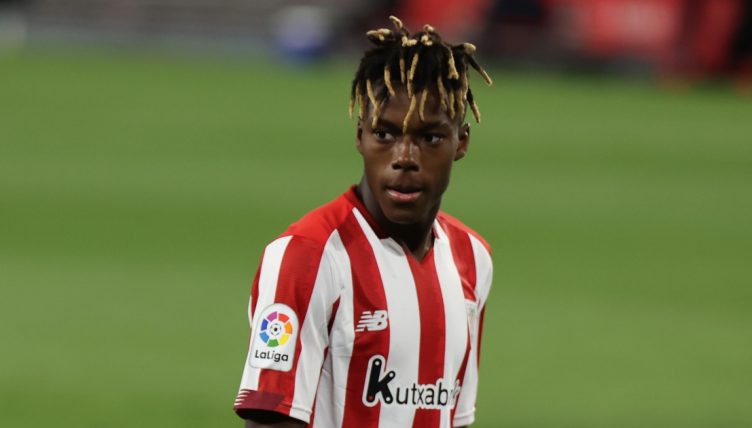 La Liga has traditionally been a producer of top technical players over the years, and there’s no reason to believe that well of talent should run dry any time soon.

In fact, with a number of Spain’s top clubs feeling the squeeze when it comes to their finances, we may see the likes of Real Madrid and Barcelona depending more on their academy graduates in the upcoming 2021-22 campaign.

Following in the footsteps of Pedri and Bryan Gil last term, here are six young players we’ve earmarked as on the cusp of a breakthrough in the Spanish top flight.

Not to be confused with Liverpool’s Wales international – spelt Neco – Athletic Bilbao prospect Nico Williams is the younger brother of club stalwart Inaki.

A forward, just like his road-runner older sibling, Williams is 19 years old and poised to break through at the Basque club. He made his debut last term, totalling 55 minutes across two substitute appearances in La Liga, and played a prominent role in pre-season.

Williams can play on either flank and has caught the eye with his dribbling ability, acceleration and speed. Last term he registered nine goals and 12 assists across 26 appearances for youth side Bilbao Athletic.

But he struggled to stake a regular spot and was loaned out to Osasuna for the latter half of the campaign. He became an instant hit for the midtable overachievers and registered four assists in 16 appearances.

Brazil international Renan Lodi seems to have the left-back spot nailed down at Sanchez’s parent club, so it remains to be seen what happens next. But another impressive loan campaign isn’t out of the question.

With Real Madrid since he was 11 years old, Arribas made it to the fringes of the first team last season. There’s plenty of chatter about his ability so expect the 19-year-old to continue being integrated by Carlo Ancelotti in the 2021-22 campaign. 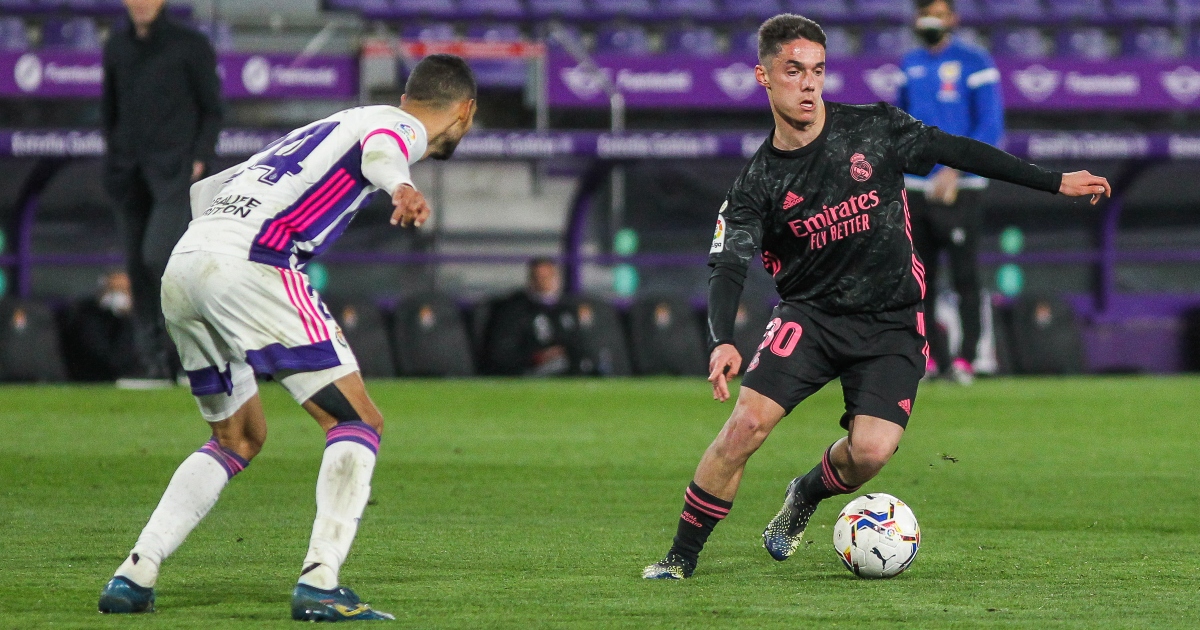 READ: All you need to know about Madrid ace Sergio Arribas, ‘reminds you of Isco’

Like Arribas, local lad Gutierrez – a left-back by trade – was given a handful of first-team appearances by Zinedine Zidane last term, and may be eyeing more opportunities in the upcoming season.

He featured alongside Arribas for Raul’s youth side as they won the UEFA Youth League in 2019-20, and scored the decisive third goal in the 3-2 victory over Benfica in the final. He continued under the watchful eye of Raul last term with 15 appearances for Real Madrid Castilla.

Crisis club Barcelona may be forced to turn to the products of their famous La Masia academy as they stare into the financial abyss, struggling to register their free summer signings on the eve of the season.

It’s been an ordeal trying to offload high earners such as Ousmane Dembele, Antoine Griezmann and Philippe Coutinho but one player that they were able to sell on was back-up left-back Junior Firpo to Leeds United.

That should see a spot open up for much-hyped 17-year-old Alejandro Balde, one of the jewels of their academy with a big future ahead. Chelsea were reportedly sniffing around, but in July he committed his future at the Camp Nou, signing a long-term deal that runs to 2024.

You can’t imagine that he’d have been given such a contract if Barcelona weren’t plotting his pathway to the first team.

The 19-year-old was briefly on Monaco’s books before making the switch to the Basque country in 2019. He scored 10 goals and registered a further seven assists in 34 appearances as Sociedad’s reserves topped their regional Segunda B division.

Sporting director Roberto Olabe has announced that Navarro will be promoted to the senior squad for the 2021-22 season, following his La Liga debut against Barcelona last December.