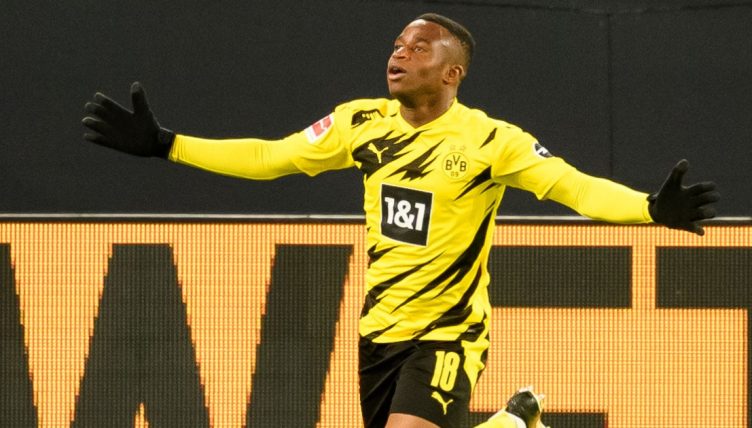 Bundesliga clubs have been traditionally been a producer of top technical players over recent decades, and there’s no reason to believe that well of talent should run dry any time soon.

With the likes of Bayern Munich and Borussia Dortmund eager to field young talent, the Bundesliga has been home to plenty of exciting and talented footballers taking their first steps in the game.

Following in the footsteps of Jamal Muisala and Gio Reyna last term, here are six young players we’ve earmarked as on the cusp of a breakthrough in the German top flight.

There’s an argument that Wirtz has already had his breakthrough season – last term he made 25 Bundesliga starts, notching five goals and five assists for Bayer Leverkusen before his 18th birthday – but if he continues on the same trajectory, this could be the year the rest of Europe sits up and takes notice.

Poached from FC Cologne in 2020, he remains contracted at the Bayer Arena until 2026. With their star asset well protected, we may see a big-money Kai Havertz-esque move in the coming years.

17-year-old Florian Wirtz bags his sixth goal of the season and it could be a massive one for Bayer Leverkusen!

Composed and clinical, what a talent 🙌 pic.twitter.com/a1el1iTd2W

18-year-old left-back Netz made 11 Bundesliga appearances for boyhood club Hertha Berlin in the latter half of the 2020-21 campaign, catching the eye enough to earn a move to Borussia Monchengladbach this summer.

Adi Hutter has a decent track record of developing young talent across his time in Austria, Switzerland and at Eintracht Frankfurt and that looks set to continue at new club Gladbach, who aren’t afraid to lean on younger prospects.

Nianzou joined Bayern Munich from PSG in July 2020 and made six appearances for the German champions during his debut season. Unfortunately, the defender was soon laid back due to a muscle injury, which restricted his appearances.

Although Nianzou is nowhere the finished product, the 19-year-old has shown glimpses of the exceptional ability he possesses. He is expected to make his way back into the first-team squad for the upcoming season and many tip him as the next best young centre-back in German football.

Moukoko became the youngest debutant and scorer in the Bundesliga last season and the 16-year-old is set for a breakthrough season under Marco Rose at Borussia Dortmund.

“We have to protect (his talent) and build it up carefully without slowing it down in any way,” Rose said recently. “I’m willing to encourage such good young players and to throw them into the game at some point.”

Having scored 137 goals in 81 appearances for Dortmund’s Under-17s and Under-19s, Moukoko appears ready to make the permanent step-up to first-team football. Whisper it, but he might even have the talent to replace Erling Haaland long-term.

Youssoufa Moukoko has been included in the Germany U21s squad for #U21EURO! 🇩🇪

The Borussia Dortmund striker is a serious talent 💫pic.twitter.com/0RJIeUDhpR

One of the rising stars of Dutch football, teenage striker Brobbey has decided to go a different path to the likes of Frenkie De Jong and Matthijs De Ligt by moving on before he really broke through at Ajax.

But it was something of a coup for RB Leipzig to land his signature back in March, ahead of Brobbey’s deal expiring in Amsterdam. It’s not different to see why there was a clamour to sign him: 16 goals in 24 appearances for the Netherlands Under-17s and 84 goals in 105 appearances at various youth levels for Ajax.

It will be fascinating to see what new Leipzig coach Jesse Marsch can do with him.

Another of the continent’s finest prospects snapped up by Leipzig, who beat Leeds United to his signature last summer, highly-rated defender Gvardiol continued his development on loan back at Dinamo Zagreb last season before featuring prominently for Croatia at Euro 2020.

Gvardiol, 19, can play both left-back and centre-back and will be a vital addition to Leipzig’s backline after they sold Ibrahima Konate and Dayot Upamecano earlier this summer.