Six youngsters set for a breakthrough season in the Premier League 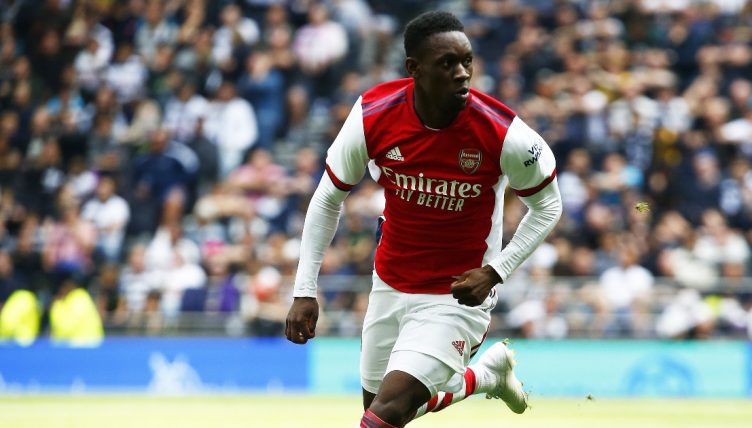 A lot of money has once again been splashed by Premier League clubs this summer, but there is also a new crop of youngsters waiting to burst onto the scene.

Jack Grealish, Jadon Sancho, Raphael Varane and Ben White have all been bought for big fees in the transfer window and each one is expected to hit the ground running. But there is nothing quite like seeing a gem emerge from your club’s academy.

There is a wealth of talent waiting in the wings for their chance. We’ve picked out six in the top-flight that are set for a breakthrough season.

Elanga impressed when first-team opportunities came his way at the back-end of last season and he will be eager to build on that in 2021-22.

A goal against Wolves on the final day looks likely to be the beginning of a brilliant Red Devils career for the winger, and that form has continued into pre-season, scoring against Derby and Brentford.

Bruno Fernandes has been impressed with the 19-year-old too. “Since last season when he [Elanga] came to the first team he has been training really hard and being very, very humble,” the United talisman said.

“The way he trains and treats the people is really important to be part of the first team.”

With the arrival of Sancho, Elanga’s path to the first-team is not exactly a clear one, but Ole Gunnar Solskjaer has already said he wants to keep him at Old Trafford this season. Opportunities are bound to come his way.

The pressure will be on Olise to hit the ground running with Crystal Palace as Ebere Eze continues to recover from a ruptured Achilles tendon, but the 19-year-old has all the attributes to do just that.

Usually found roaming around the final third, his wand of left foot brought Reading fans plenty of joy and Patrick Viera will likely throw the youngster in as soon as he is ready.

A back injury means he is likely to miss their season opener with Chelsea, but with Eze out for the foreseeable future, he will almost definitely be called upon before his team-mate.

The striker looked set for an Arsenal exit at the end of last season, but Mikel Arteta has persuaded him to stick around. When he can do things like this there is always a chance of a special campaign is in the offing…

Today: Arsenal knocked out of the #FACup by Southampton ❌

Yesterday: Arsenal wonderkid Folarin Balogun does this for the U23s 🔥

Should he not be in the first team? 🤨pic.twitter.com/WAkeqZBv3s

There is a lot of excitement around Anfield at the role Elliott could play in the coming campaign, after thriving on loan with Blackburn Rovers in 2020-21.

Joining the Championship at the age of 17 would be a daunting prospect to many, but not Elliott. The attacker scored seven goals and provided 11 assists in Tony Mowbray’s side playing off both the left and right-wing.

Jurgen Klopp has played Elliott in midfield, perhaps assessing his potential to replace Georginio Wijnaldum in the Reds’ midfield trio. If Klopp’s pre-season comments are anything to go by, we will see plenty of him.

“If Harvey stays fit then the football world can be really excited. In pre-season we wanted to see him in a deeper role because as a young player you have to learn a lot of things,” the manager said.

“When you are a bit more outside [on the flank] you get the ball from time to time and we wanted him to be a bit more involved. I liked his performance during pre-season. Good for us and good for him.”

A Chelsea academy product, Broja spent last season on loan at, you guessed it, Vitesse Arnhem. But this season has seen Southampton snap up the striker, giving the forward his shot in the top-flight.

The 19-year-old scored 11 goals in 34 appearances while in the Netherlands and, with Danny Ings leaving for Aston Villa, opportunities are bound to come his way at St. Mary’s, even with the arrival of Adam Armstrong.

A few concerns are popping up among Saints fans ahead of the new campaign but, if Broja can fulfill his potential, there will be no need to worry. And if he scores more goals like this every now and then, who cares what else happens.

The midfielder looked set to leave West Ham on loan this season only for David Moyes to pull the plug and is now looking to involve Coventry throughout the coming campaign.

There was plenty of disquiet among fans when rumours of a departure broke. With Mark Noble not getting any younger, Coventry is viewed as someone who will step into the first team soon.

Blessed with the ability to dictate the tempo of a game from the middle of the pitch, it is clear to see why there is such excitement around the 21-year-old. He possesses composure beyond his years and always looks for a forward pass.

Declan Rice and Tomas Soucek will be tough to displace but expect to see Coventry pop up throughout the season and play incredibly well when he does.