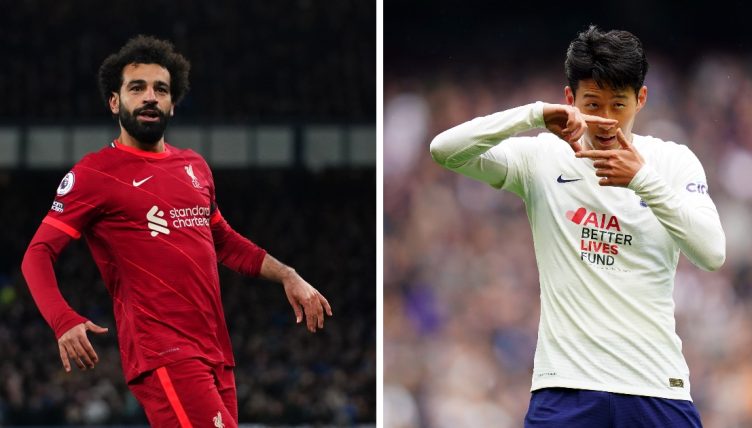 Son Heung-min and Mohamed Salah are two of the best players in the Premier League, and they’ve emerged as the two who will battle it out for the 2021-22 Premier League Golden Boot.

The two forwards have been sensational for Tottenham and Liverpool respectively, and so we decided to gather together a comprehensive set of stats for both players in the Premier League to see how their different playstyles compare.

Salah looked like he was running away with the Golden Boot this season, but seemingly out of nowhere Son has almost caught up with the Egyptian due to a remarkable 2022 which has seen the South Korean replace Harry Kane as the talismanic figure at the Tottenham Hotspur Stadium.

Yet despite scoring less since the turn of the year, Salah has continued to impress and was awarded the FWA Player of the Year Award, his second such prize.

“It feels great,” Salah said to the official Liverpool website after collecting the award.

“I just try to enjoy my football and enjoy my time at the club, help the team to win trophies – that’s the most important thing.”

Meanwhile, Antonio Conte was full of praise for Son after the attacker’s remarkable strike against Leicester.

“I gave him a big hug because, after an amazing goal, my question was, which is his favourite foot, right or left?” Conte said.

“We are talking about a great player, a fantastic player. But it’s important at the end of the season to celebrate a big achievement with the team. Otherwise, it remains only a personal success only to score these types of goals.”

But how do their stats in the league compare? We’ve had a look at the two players’ data on FBref and brought it together in one place so you can see who might have the edge in the race for the golden boot.

Mo Salah says he’s not hoping we beat Real Madrid, he believes we’re beating them and he’s not bothered what Madrid think of his comments because Liverpool want it more anyway. pic.twitter.com/KKNBRdyrhk

A moment of brilliance from @MoSalah 😍