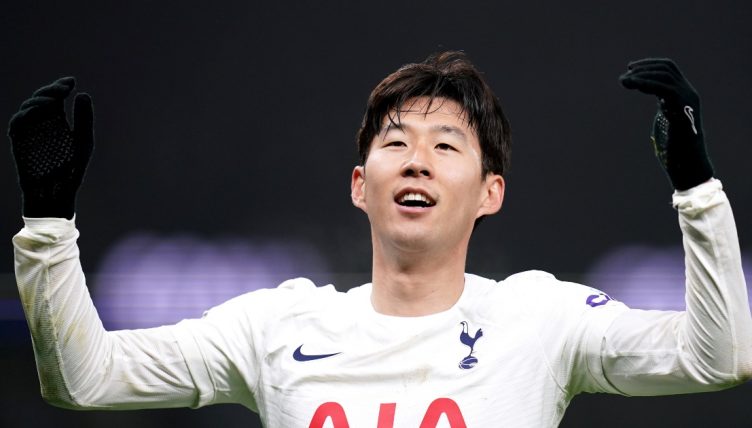 Son Heung min has been a sensational signing for Tottenham since joining the club in the summer of 2015, scoring a bucketload of goals and forming a prolific partnership with Harry Kane – and that’s reflected in the cumulative Premier League table since his arrival.

Son joined from Bayer Leverkusen for a fee of £22million and must go down as one of the best purchases Mauricio Pochettino – and Spurs – have ever made.

The South Korea international is considered an icon in his home country because of his footballing achievements and, with 121 goals since joining Spurs, it’s no wonder that Son is considered one of the best forwards in world football.

And a string of Tottenham managers have put total faith in Son to deliver for the side.“Sonny is a player who can change a result in the end,” Antonio Conte said this month.

“It can happen that a player can be in not the best form for a period, because we’re talking a player who plays every game. But, for me, he is playing well.

“And that doesn’t depend [on] if the player scores a goal or not. For me, it’s about their performance totally. Sonny is a player in my thoughts and in my plans.

“And that’s also for his commitment, so he has to start. I don’t have an idea to drop him. Honestly, no. It doesn’t happen. I’m not crazy to do something like this.”

Spurs enjoyed their most consistent spell of league form since the 1980s after his arrival, finishing in the Champions League slots every season between 2016 and 2019.

That may have tailed off in recent years, but Spurs have remained competitive in the top half of the Premier League and that’s reflected in our league table since Son’s arrival.

Here is the Premier League table since the summer of 2015, ranked by the number of points each side has won during that period.

Note: We’ve only included the 11 teams who’ve stayed in the Premier League for the duration of the six and a half seasons Son has played in England. Everyone has played 257 times unless stated.