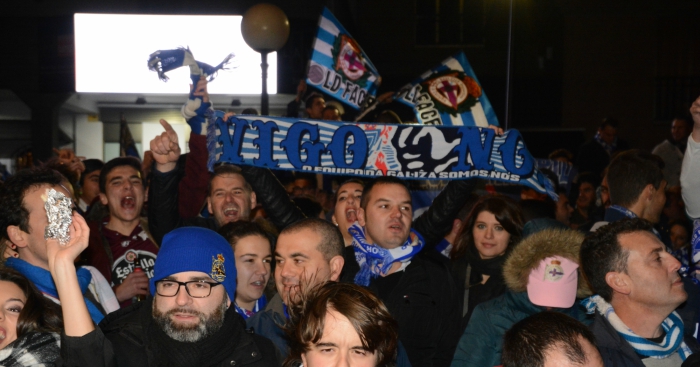 COPA90’s Derby Days series is back – and the brilliant first episode they head to Galicia to find out more about the fiesty rivalry between Celta Vigo and Deportivo La Coruna.

Galicia is nothing like the rest of Spain. From the weather right down to the culture and even the language, it’s a different way of life in the north-western region.

“There’s a famous line that says if you meet a Galician on the stairs, you don’t know whether they are going up or down, because they don’t tend to give you a straight answer,” says Spanish football journalist Sid Lowe.

And Galicians are certainly proud of their way of life, with one local claiming about their food: “It’s the number one, and the rest of the world is fifth or below.”

But it is clear that in every single subculture of Galician life, football is at the centre.

And then there’s the rivalry between Deportivo La Coruna and Celta Vigo.

“Like Chelsea vs Millwall in the 80s,” says one supporter as he recalls the violence and the intensity of the clash. “Neither of us can stand each other.”

“It’s all about identity,” another local said passionately. “It’s like ‘we are the true Galicians’, ‘no we are’. We call them Portuguese, they call us Turkish, and no-one knows why but we are proud.”

Watch the excellent mini-documentary below.

Football’s own Best Actor Oscars: 17 of the most memorable dives in football