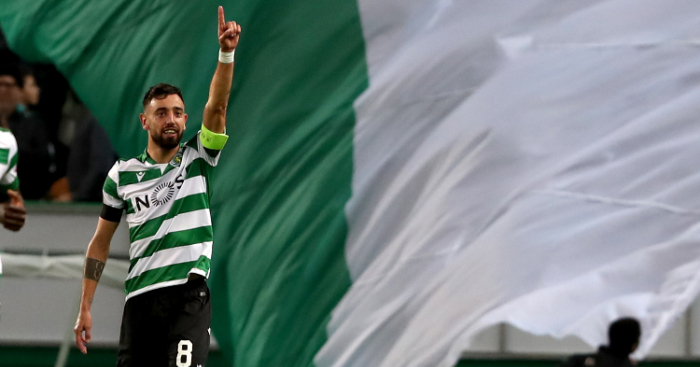 Sporting Lisbon star Bruno Fernandes was a frequent fixture of the summer’s gossip columns. He ended up staying put, but the rumour mill is cranking up again and Tottenham or Manchester United have been touted.

The attacking midfielder scored 20 goals and registered 13 assists in the Portuguese top flight for Sporting last season, and he’s got his head down and carried on performing since a potential move away never materialised.

The talk of making the switch to Old Trafford hasn’t died down, while speculation is mounting that he’s set to join his Portuguese compatriot Jose Mourinho in North London. But how does he compare to their existing options – Jesse Lingard and Andreas Pereira at United, and Giovani Lo Celso and Christian Eriksen at Spurs?

One major plus for Fernandes is his match fitness and rhythm. He was a frequent fixture last season, and has played in 10 of Sporting’s 11 league games so far this season, clocking up 900 minutes. He’s also played every minute of their Europa League campaign, playing five games.

That’s 1350 minutes for his club so far this season.

Both Manchester United and Tottenham have struggled to get consistency from their creative midfielders this season. 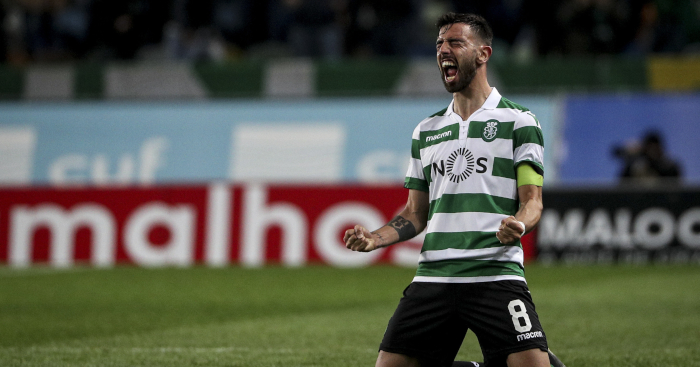 READ: Bruno Fernandes has turned into Gareth Bale at Spurs – get him in the PL

Fernandes has five goals and five assists in the league for Sporting – ahead of any of his competitors on both counts. He also leads the Europa League for both goals (five) and assists (three).

For comparison, Pereira, who has played nearly as many league minutes, has just one goal and one assist from his 870 minutes the Premier League. Lingard scored in United’s 2-1 defeat to FC Astana, his first and only goal (still no assists) from his total 676 minutes.

Does Bruno Fernandes want some nachos with that dip?! 😳

An incredible strike from the Sporting man 👏 pic.twitter.com/opHOAkqWBt

Fernandes averages 1.7 dribbles, 3.4 shots and draws 2.9 fouls per game in the league this season.

At United, Pereira averages 1.1 dribbles, 1.8 shots and draws one foul per game in the Premier League, while Lingard averages 0.5 dribbles, one shot and draws 1.3 fouls per game.

For Spurs in the league, Eriksen averages no dribbles, 1.4 shots and draws 0.5 fouls. Lo Celso – with a very limited sample size – averages 0.5 shots, 0.3 dribbles and one foul drawn per game.

Fernandes averages 3.5 key passes (the final pass before a team-mate takes a shot) per game and 54.2 passes per game with a pass accuracy of 77.1%. Once again, he’s ahead of the competition.