The stats which prove how much Manchester United missed Paul Pogba 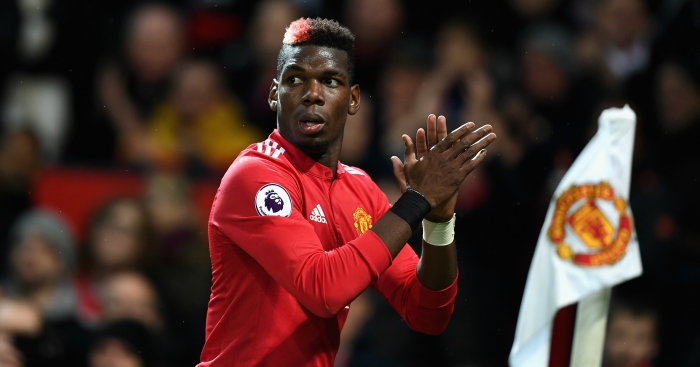 Jose Mourinho doesn’t cry about injuries, or so he says, but the Manchester United boss has made it very clear over recent weeks that his team have suffered in the absence of Paul Pogba.

The club’s record signing missed more than two months after suffering a hamstring injury against Basel in United’s Champions League group opener on September 12. During his lay-off, United have surrendered top spot in the Premier League, slipping eight points off the pace now being set by Manchester City.

Not only have United faded in the title race, the exhilarating football they played in the opening games of the season has seemed a distant memory over recent weeks. There is no question the void left by Pogba has contributed to their recent struggles.

With the midfielder placed alongside Nemanja Matic, United have won four and drawn one of their five Premier League matches, with an average points per game of 2.6. During his seven-match absence, they lost a couple as well as drawing another, with a 1.85 points per game average.

Had United maintained the success they achieved with their talisman throughout all of their dozen matches, they would now be three points off City, with the derby on the horizon, rather than eight behind.

United’s defence does not appear to have suffered without Pogba patrolling the area in front of it. The Red Devils have conceded six times this season – three with Pogba and three without. Indeed, given the quality of the opposition, it could be argued that 0.42 goals conceded per game in his absence is considerably more impressive than 0.6 conceded per game while he is on the field.

But United’s attack has been severely blunted by Pogba’s non-appearance.

The Red Devils have averaged double the number of goals with Pogba on the pitch, netting 3.2 times per match in contrast to 1.57 goals per game while he has been on the sidelines.

United have also made an average of 116 passes per game more with Pogba in the team, while their passing accuracy stands at 87 per cent with him – an improvement on the 80 per cent accuracy they managed in his absence.

Without Pogba in the heart of midfield, United averaged five passes into the final third per game more, despite enjoying only 50.8 per cent possession against their opponents who did not have to worry about the £89million man. With Pogba, United have averaged 63 per cent possession.

That perhaps indicates a more direct approach, though the quality of the opposition must be considered. The average placing in the Premier League table of United’s opposition while Pogba has been fit is a lowly 15th. United have had to take on Chelsea, Tottenham and Liverpool in his absence, with their seven opponents averaging 10th place in the table.

Their more direct approach and the class of opponent also suggests why Romelu Lukaku has struggled of late. There seems little question that the £75million striker has missed his mate.

Lukaku ended a four-game barren run against Newcastle on Saturday, taking his tally to five goals in five games alongside Pogba.

Not only was Lukaku receiving criticism for his lack of goals, but his involvement in United’s build-up play was questioned too. The Belgium record goalscorer was making fewer passes and having fewer touches with Pogba out, with his number of touches in the opposition box being cut in half from an average of 7.8 to 3.42.

At Chelsea, he managed not a single touch in the Blues’ box. No wonder he reportedly tore into his team-mates after the game.

Everyone at Old Trafford, not just Lukaku and Mourinho, was delighted to see Pogba back in the XI on Saturday. The manager just needs to hope and pray injury doesn’t deprive him of his record signing again this season.