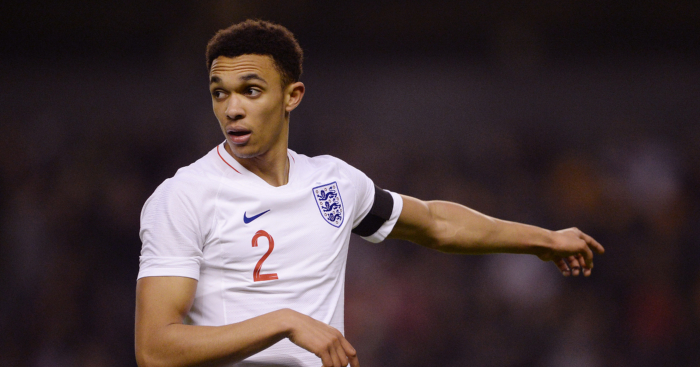 Despite English football providing the most players at this summer’s World Cup tournament, England go to Russia with the most inexperienced squad of all.

Gareth Southgate’s men have an average age of just 26, the second youngest in the competition, while also having the joint-lowest average number of caps with 20.

Nigeria, who England beat in their first warm-up game prior to the competition, have an average age slightly below 26, while the much-fancied French squad have the next youngest group of players after England.

Neither of the three countries’ 23-man squads have much in the way of international experience either, with England averaging just 20 caps per player.

Combining the two means England will statistically take to the World Cup with the least experienced squad – where they will face one of the most experienced in the group stage.

The three qualifiers from central America in Mexico, Costa Rica and Panama – the second side Southgate’s men will face in Group G – are the three most experienced teams in the competition, with both the highest average ages and average number of caps.

Panama’s squad members average an impressive 62 caps, while their average age is over 29 – more than three years’ older than the England average.

Argentina are joint-third with Panama when it comes to squad age, while Iran are the fifth nation to average an age of 29 or over.

There are only six nations whose average age is 27 or under, while there are 10 whose players have won an average of under 30 caps.

English clubs have 124 players flying out to Russia, which is 46 players more than are going from the Spanish divisions, who have the next highest number of participants on 78.

The 736 players selected for the tournament play their domestic football in 54 different nations, with nine of those providing just one player.

English clubs (again) collectively the providers of most players to the World Cup. But the 736 players confirmed in the 32 squads today currently earn their livings in 54 different countries. pic.twitter.com/4fZ1XmF9xC

Germany, Italy and France join Spain and England as Europe’s top five leagues, with each providing 50 or more players to the World Cup.

Just two members of Russia’s squad do not play their domestic football in their homeland, so they are next on the list with 36 players, closely followed by Saudi Arabia on 31.

Canada, Iceland and Norway are among the nations whose domestic leagues will see just one player travel to the World Cup, while there are just seven heading to the tournament from Scotland.