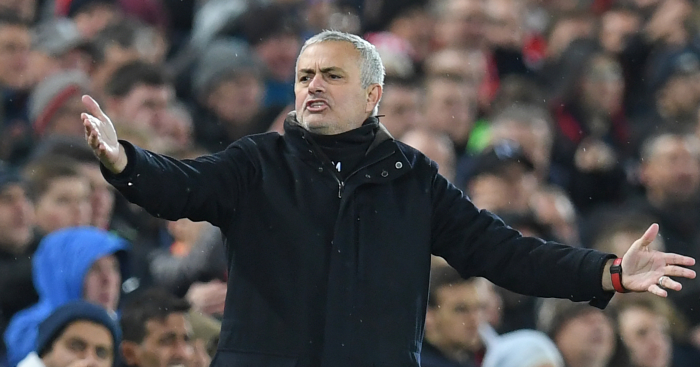 Whether it be during his spells at Chelsea, Real Madrid or Manchester United, Jose Mourinho’s tenure as manager of a club seems to follow a similar pattern.

Mourinho has become famed for lasting no more than three seasons at a club, with the final campaign usually ending in acrimony.

But do the stats back up that narrative? Danny McLoughlin of RunRepeat analysed all 909 of Mourinho’s competitive matches as a manager and has found a trend of it taking 95 games before things start to take a turn for the worse.

At every club Mourinho has managed, his win rate has dipped in the third season, while the second campaign has generally been the most successful – at least in terms of win rate – as was the case at Porto, Inter, Real Madrid and Manchester United.

His two spells at Chelsea, however, slightly buck that trend, with his first season on both occasions producing a higher win rate.

Mourinho only spent half-season spells at Benfica and Uniao de Leiria, so little credence should be placed on them. 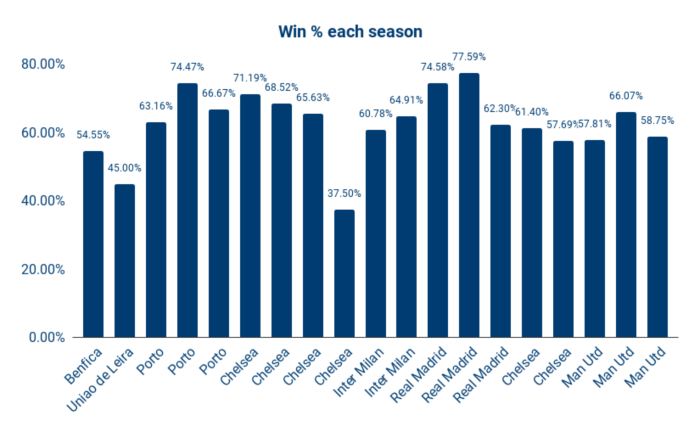 Chelsea made an incredibly fast start to life under Mourinho, and so their initial drop off is understandable.

But once they dipped after 90 games, the Blues never truly recovered to what they once were under the Portuguese. 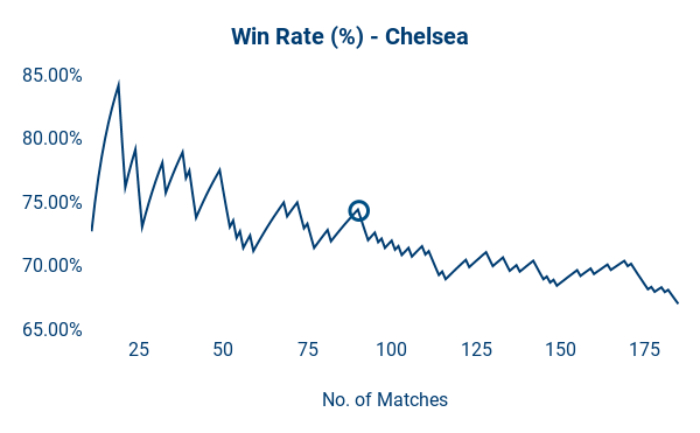 Despite winning the Treble in that second campaign, the season produced just his eighth highest win rate of his career. 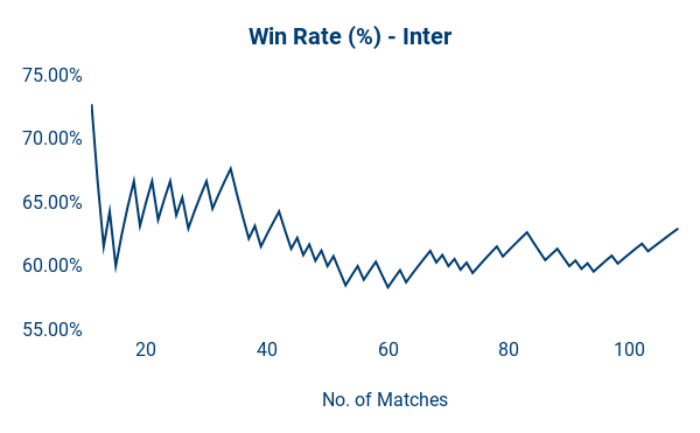 Competing against Pep Guardiola’s great Barcelona side inspired Mourinho’s Real Madrid to produce his two best campaigns in terms of win rate in his first two years in the Spanish capital.

After 89 games, a 2-1 win at Mallorca saw Mourinho’s win rate rally to 77.53%, but it would never reach those heights again. 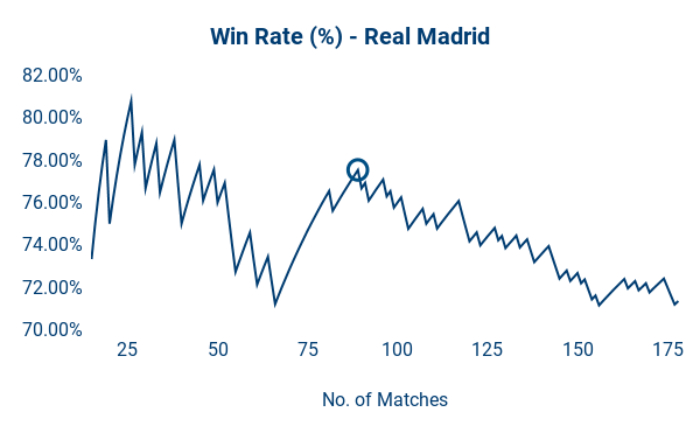 Back at Stamford Bridge, this time it only took until the 84th game before the decline started to set in.

Chelsea beat West Ham 2-0 on Boxing Day 2014, but a sharp downturn in form followed after an excellent start to the season.

While the Blues went on to still win the title, the following season continued in the same vein, and Mourinho was sacked in December 2015. 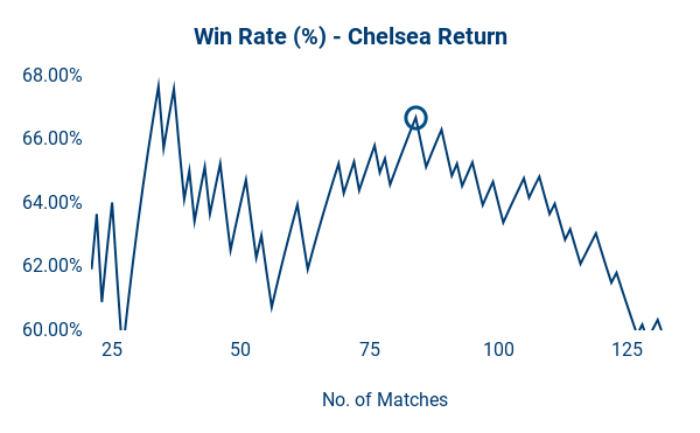 Despite only winning trophies at Old Trafford in his first season, that campaign featured a fairly average win rate as United finished outside the top four, securing Champions League football by winning the Europa League.

There was an improvement in the following season as United finished second, but signs of the oncoming decline began to emerge towards the end of that campaign.

After 116 games, United lost away at Brighton, and they never rediscovered the 62.93% win rate they had reached after a home win against Arsenal in the league a week before. 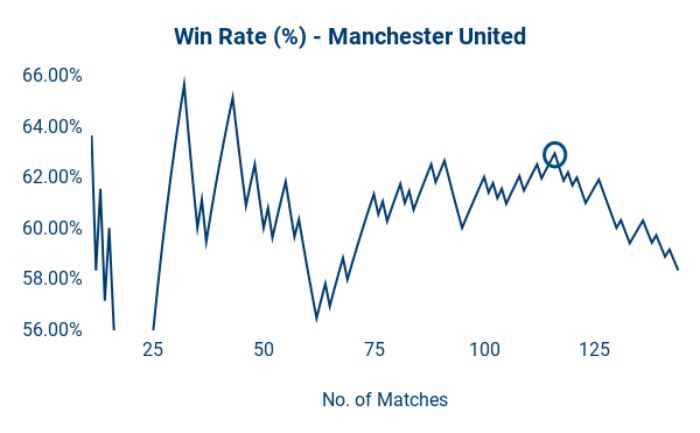 Judging Mourinho’s career as a whole, you can see his own performance is in decline.

That was the last time his career win % was below his current rate of 64.47%. 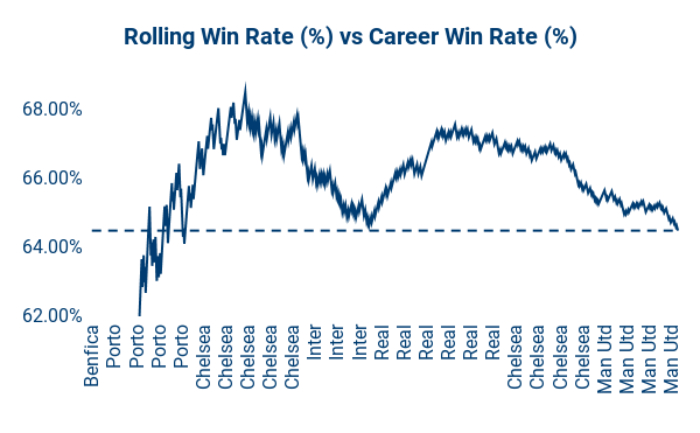