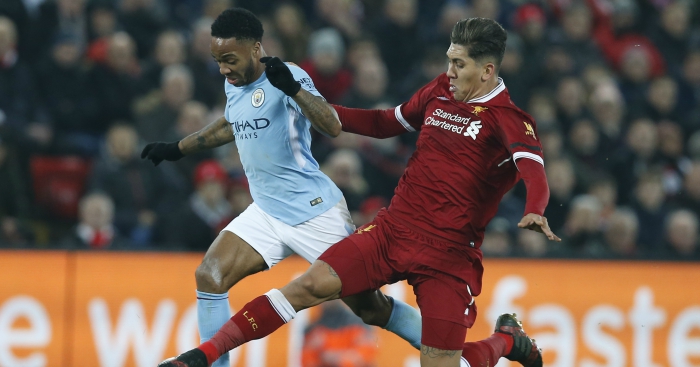 Roberto Firmino has won more tackles in the Premier League this season than most Liverpool defenders and has been the hardest-working forward in the English top flight by a distance since joining the Reds in 2015.

Following an impressive performance against Manchester City on Sunday, Firmino was described as “one of the most underrated players in the Premier League” and “the first name on the teamsheet” by former Liverpool defender Jamie Carragher.

Firmino currently sits as the Premier League’s fifth joint top scorer with 10 goals having outscored the likes of Jamie Vardy (9), Alexandre Lacazette (8) and Alexis Sanchez (7) so far this term. After previously being criticised for a lack of goals, he is well worth backing in the goalscorer markets each weekend.

The 26-year-old has also weighed in with five assists, more than a number of creative players, including Cesc Fabregas (4), Raheem Sterling (4) and Eden Hazard (2). Even without Phillipe Coutinho, the R

However, despite Firmino’s impressive attacking stats, it’s his defensive qualities that separate him from any other forward in the Premier League. 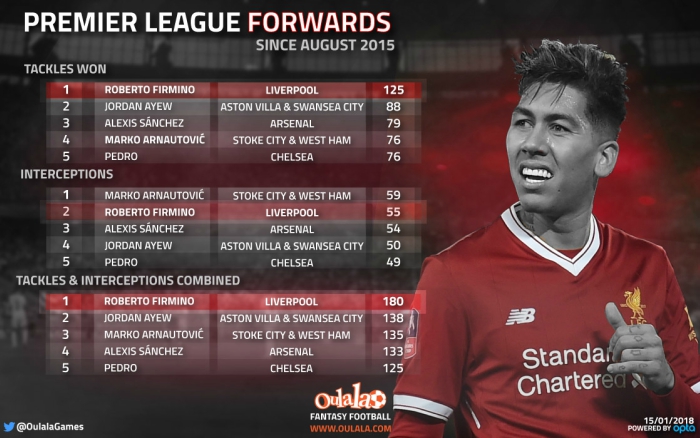 The Brazilian has won 25 tackles in the league this season. That’s more than Liverpool defenders Joel Matip (19), Dejan Lovren (12) and Ragnar Klavan (7).

While in his two and a half seasons in English football, Firmino has won more tackles (125) than any other forward in the Premier League. His 55 interceptions in 88 league appearances has been topped by just one forward, Marko Arnautovic (59).

When tackles won and interceptions are combined, Firmino leads the field by a distance. The 26-year-old’s combined figure of 180 currently stands at 42 more than his nearest rival, Jordan Ayew (138).