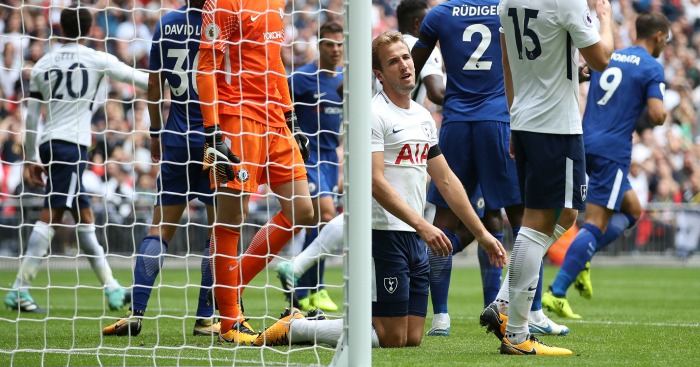 Tottenham host Burnley this week in what will be an opportunity to end two early-season hoodoos currently hanging over the club.

Not only will it be a chance for Spurs to secure an elusive victory at Wembley, all eyes will be on Harry Kane to see whether the striker can finally score a Premier League goal in August.

Despite scoring 75 Premier League goals since 2014-15, winning back-to-back Golden Boot awards in the process, Kane has started every season slowly and is yet to net in the first month of a campaign.

The 24-year-old remains calm about the unwanted record, telling the Daily Telegraph after Spurs were beaten 2-1 by Chelsea: “Sometimes the ball does not go in, as it didn’t against Chelsea with one off the post and the few chances I had.

“It is part of the game, I just need to keep working hard, keep my head down and I am sure the goals will come.”

And stats from Oulala suggest it would be a big mistake to remove Kane from your fantasy team just yet. 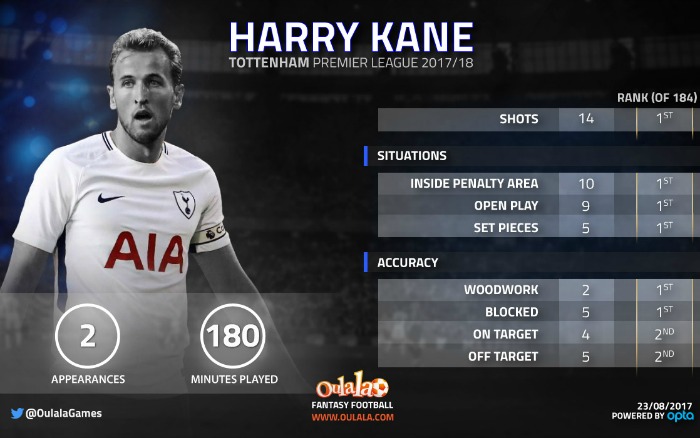 Of the 184 players to have registered at least one shot in the Premier League this season, Kane ranks first or second in eight key categories.

In terms of attempts at goal, Kane’s nearest challenger, Arsenal’s Alex Oxlade-Chamberlain has taken five fewer, while the Spurs hitman has attempted three more shots from inside the penalty area than Romelu Lukaku.

Only Sadio Mane has managed more shots on target, meaning Kane is at least keeping goalkeepers sharp, plus he has also hit the woodwork twice.

With Burnley visiting Wembley on Saturday having already conceded three goals in their opening two matches, Kane and Tottenham will be licking their lips at breaking their respective ducks this weekend.