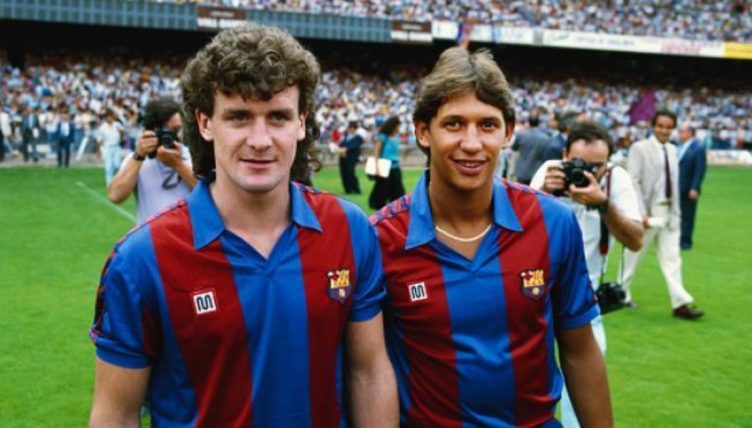 Very few British players have represented Barcelona. In fact, it’s only three in the modern era.

Barcelona have long had their pick of the world’s best talent, with players from around the globe representing them. They’ve signed plenty of big-name players from the Premier League, but very few of them have been Brits.

In the very early years of the famous club, several Scottish players, most of whom worked in the Sant Andreu textile mill, pulled on the Blaugrana shirt.

But, since the advent of professionalism, only three men from the British Isles have played for Barca.

We’ve profiled the trio of British players who’ve represented Barcelona during their history and how they fared.

Archibald became the first British player to play for Barcelona after they paid Tottenham £1.15million for his services in 1984.

The striker, who played 27 times for Scotland during the 1980s, helped Barca win La Liga in his first season in Spain and was part of the squad that reached the 1986 European Cup final.

But, after Barca lost that match to Steaua Bucharest, restrictions on fielding foreign players meant he was excluded from the squad after manager Terry Venables signed two replacement forwards.

He was loaned out to Blackburn before signing for Hibernian on a permanent deal in 1988. He still lives in Barcelona to this day.

“The league [title] was enormous,” Archibald said in an interview with The Guardian in 2021. “It took five hours to get from the airport to town. A million people.

“Seville was my big regret; it should have been historic, the first, but it became a trauma and everything was torn up.

“You can’t imagine the burning sensation in your stomach when you lose a European Cup final. It lives in all of us. And it wasn’t that we took our eye off the ball.”

Lineker’s international profile was raised after winning the Golden Boot at Mexico 86 and Barcelona snapped up the striker for a cool £2.8million fee immediately after the tournament.

He scored twice on his debut against Racing Santander and ended up notching 21 goals in his debut season – including a hat-trick in the Bernabeu against Real Madrid.

But new manager Johan Cruyff eventually marginalised Lineker from the first team, often playing him on the right wing. A move back to English football, with Tottenham Hotspur, was agreed in 1989.

“Cruyff didn’t want me,” Lineker told The Guardian in 2021. “He played me on the wing so I got pissed off and asked to move. It was obvious.

“You could only have two foreigners and he wanted his own. I understood and accepted that – my ego’s not that big – but he didn’t have the courage to tell me.

“His system was made for me. The centre-forward can’t leave the limits of the area, runs near post. That’s my game! Play me! That’s what I do! But he didn’t give me the chance.

“I just carried on. Anyone can play on the wing. Honestly, it’s easy. Then he would take me off early so I would whine. I ain’t daft.” 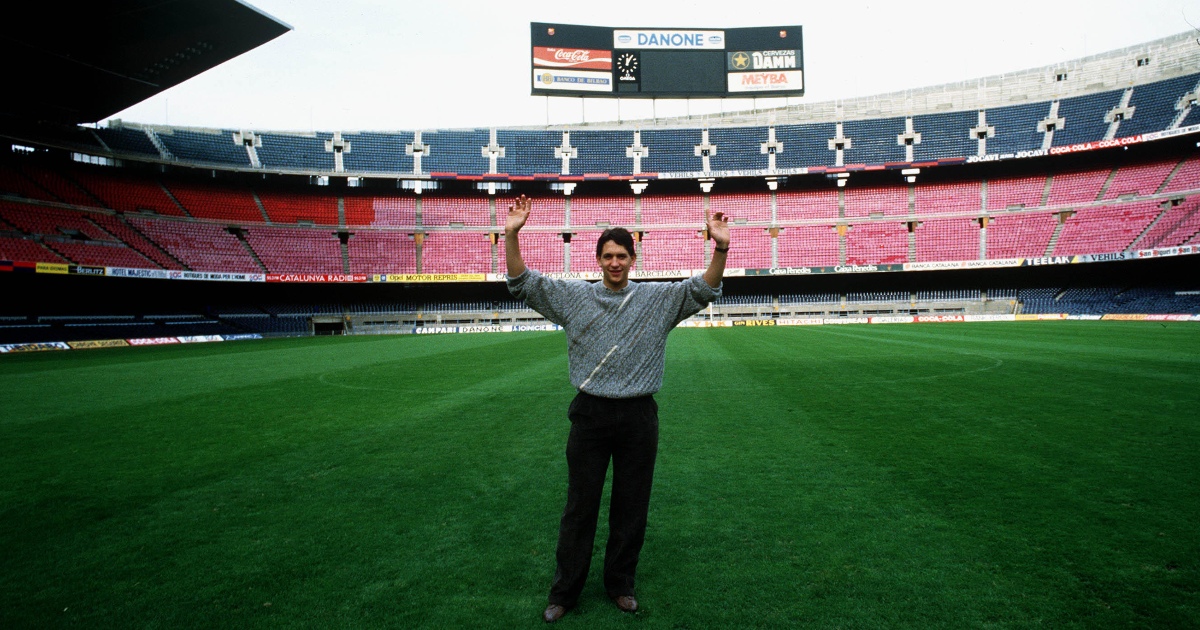 READ: An ode to Gary Lineker at Barcelona: King of El Clasico and almost-legend

Hughes joined Barcelona in the same summer as Lineker – but later revealed that he never wanted to leave Manchester United.

Appearing as a guest on the UTD podcast, the former Wales international said: “The feeling was that a bid was going to come in, from maybe a foreign club, just because that’s where the money was.

“In those days, Italy was the big place or Spain, either Real Madrid or Barcelona. I was in-between agents or agents were coming out of the woodwork because they could see what was likely to happen.

“I was just trying to play my game. I was quite happy. I was centre-forward for Manchester United, for goodness sake. And I was coming in here week-in, week-out to play in front of 40,000.

“I was having a great time, I didn’t particularly want to go anywhere.”

And Hughes would only spend one season in Spain, scoring just five goals in 36 appearances, before being sold to Bayern Munich in 1987.

READ NEXT: Mark Hughes tells the story of the day he played for both Wales and Bayern

TRY A QUIZ: Can you name Barcelona’s XI from the 2009 CL final vs Man Utd?