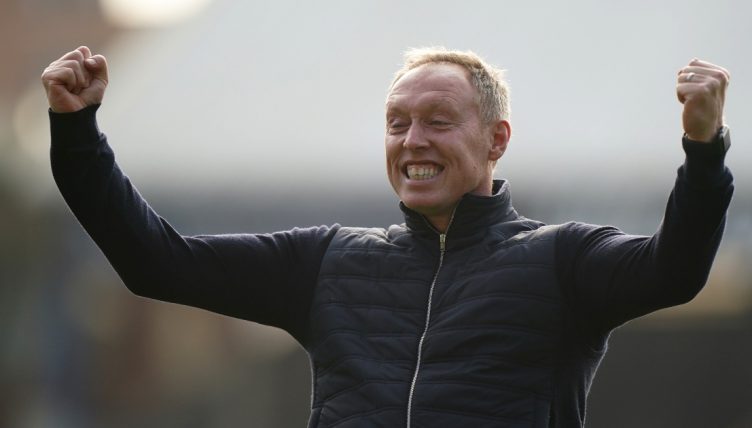 Nottingham Forest’s form under Steve Cooper has been one of the stories of the Football League this season – the table since he was appointed shows what a brilliant job he’s done.

Experienced coach Chris Hughton has led Newcastle and Brighton to promotion to the Championship in the past, but he failed to get the most out of Forest’s squad.

The 63-year-old was sacked in mid-September after Forest made their worst start to any season since 1913. The club had taken just one point from their opening seven matches and were in the relegation zone when Cooper was announced as his successor.

Cooper, who enjoyed notable success by leading England’s Under-17s to World Cup glory in 2017, since led Swansea to back-to-back top-six finishes in the Championship during his two years at the Liberty Stadium.

Taking Forest into the play-offs appeared a tall order, given they appeared something of a crisis club when he walked through the door.

But, remarkably, that’s exactly what he’s done – Forest’s play-off place is secure with four games to spare, and they still even have an outside chance of pipping Bournemouth to an automatic promotion spot. Who knows what they might have achieved this season if they appointed him last summer.

“We just try to be positive,” Cooper told Sky Sports in a recent interview.

“We have a can-do mentality. When you do that you give yourself the best chance. That is all it is. We just try to embrace the situation that we are in, playing for this huge, iconic football club and doing the best we can.”

“You can only judge what you see yourself. You start as you mean to go on and that means belief in people, positive attitudes. We try to stick to that at all times. It gives you the best chance in rocky moments and allows you to enjoy the good moments.”

Note: all teams have played 36 games unless otherwise specified.