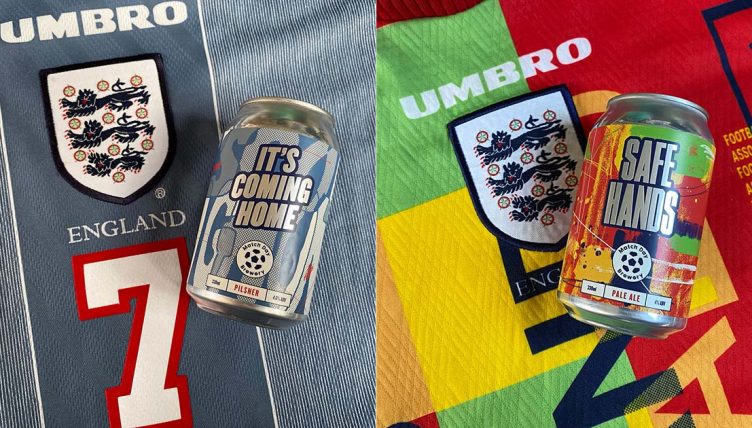 Summer is nearly here (allegedly) and we can’t think of a single better way of celebrating than with a beer from MUNDIAL that makes us think of Euro 96.

We love summer. Not so much summers present when we have to go to work and still moan about the weather, but summers past that our brains have convinced us consisted of only sun, fun and brilliant international tournaments.

The summer of 1996, of course, was the best summer of all time. Three Lions. Wembley. The dentist’s chair. Gazza against Scotland. Gazza against Germany. Just Gazza. The 4-1 against the Netherlands. Psycho’s penalty. Seaman’s save. Seaman’s shirt. Glorious football played out in glorious 24/7 sunshine. We won’t hear any different.

We also love beer, by the way. Not just any beer, nice beer. Dead nice beer. And yep, we drink it out of cans with fancy designs.  We’ll probably get the bucket hats out soon, too. Sue us. 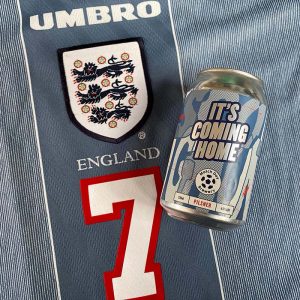 So imagine our joy when we learned our mates at MUNDIAL – don’t worry, we love you, too – our combining pretty much all of the above with their first beer collection in time for the Euros, once again seeking to remind us all why we love football.

Working with independent West London beer makers Portobello Brewery, MUNDIAL have collaborated with a team of brewers, beer-lovers and football fans from all over the UK in an effort to improve how beer was enjoyed at the game.

The result of that is a limited edition run of their first beers, inspired by the 25th Anniversary of when football (nearly) came home.

Dan Sandison, founder of MUNDIAL said: “To those who think we are all Union Berlin fans, with fold-up bikes, manicured moustaches, and first names that sound like surnames, it won’t come as a surprise that MUNDIAL is getting into craft beer. It’s an opportunity to work with our really talented friends on something really exciting, after a year of working in our kitchens on our own. We’re really proud of the beers, and we hope you like them. Roll on the Euros.”

Pricing starts from £13.99 for four 330ml cans of the good stuff. Each order comes with an exclusive Euros wall chart and is guaranteed to arrive before Euro 2020ne. 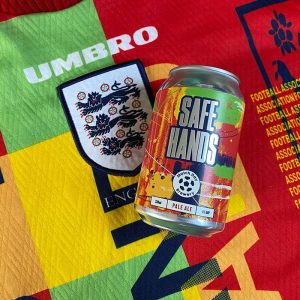 Product Description: A no-nonsense, shot-stopping, dry-hopped pale ale with the body and smoothness of a carefully maintained moustache. As bitter and fresh as a Yorkshire morning, with aromas of grape and citrus. It’s all there. You’re in Safe Hands.
Design Description: Well, it looks like David Seaman’s iconic shirt from ‘96, doesn’t it?
Colour: Golden
Hops: Challenger, Golding, Cascade
Malts: Planet Pale, Cara, Wheat