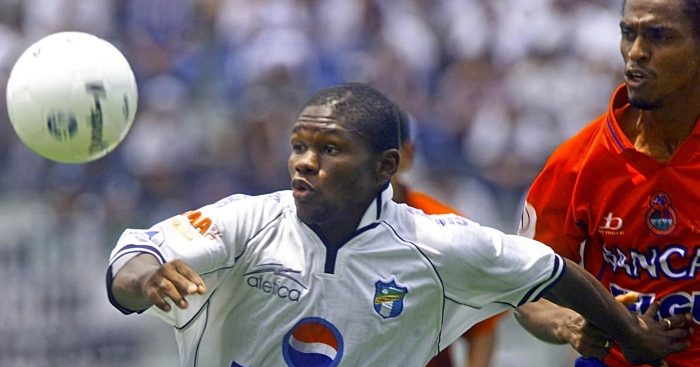 Sunderland’s entire Premier League existence, from their signings to their on-pitch displays to… well, their entire being… has for the main part been nothing less than bizarre.

It has been a challenge to put this list of weirdest signings together because the bar for weirdness at the Stadium of Light is nowhere near that for any other club.

As such, we’ve focused on the Premier League era and have completely ignored Paolo Di Canio’s solitary transfer window – just take it as read most of the signings he made were ridiculous. Don’t worry, there’s still plenty to work with.

If Sunderland had signed Greg Halford six months earlier, he’d have cost them 40% less than the eventual £3.75million fee. Based on that, he must have lit up Reading’s Madejski Stadium in his time at the club, right? Two Premier League starts suggests otherwise.

Based on Kyrgiakos earning himself a podium place among Liverpool’s weirdest signings, and arriving at Sunderland after leaving the Reds and joining Wolfsburg, you might expect him to be higher on this list.

If that’s your thinking, though, you don’t know Sunderland. 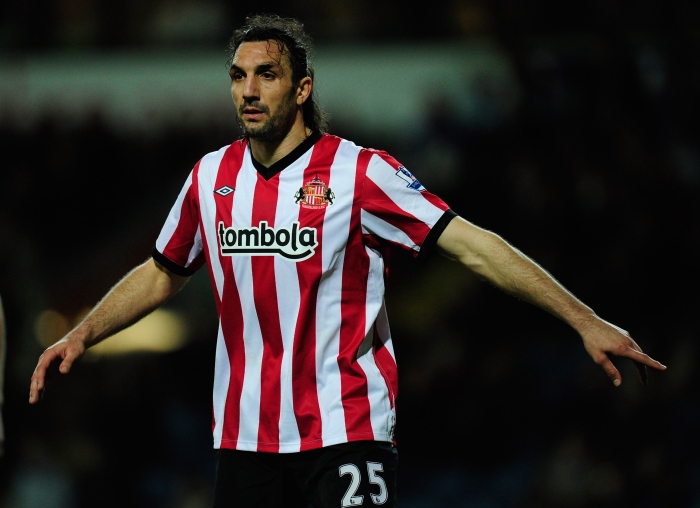 When Sunderland secured their Premier League safety in the 2015-16 season, a big part of it was down to their January signings.

Those brought in by Sam Allardyce were often treated as one, though, meaning those given credit included Steve Harper – a man who had been out of contract for six months before joining on a free, didn’t play a single minute for the club and was seemingly only signed so he could carry on living in the North East.

Remember when Lescott tweeted a photo of his car in what he claimed was definitely not an attempt to rile up fans upset with his poor performance in a 6-0 defeat? He joined Sunderland two clubs after that. 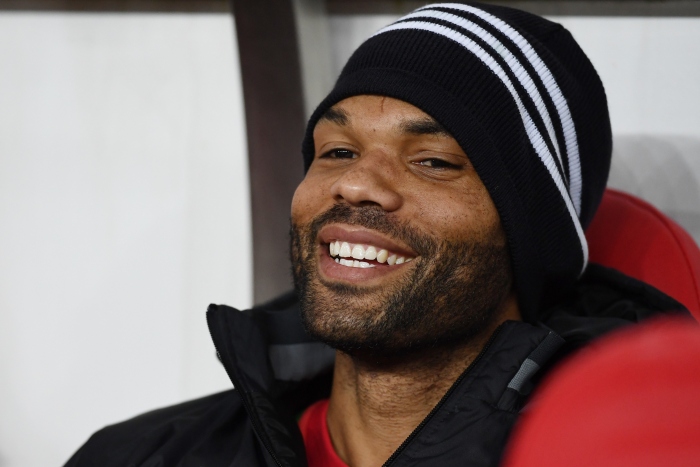 Signing a player from Bayern Munich, deciding he’s not good enough but loaning him out in time for him to play in Champions League victories over Chelsea and AC Milan? Extremely Sunderland behaviour, that.

Before Twitter, when a club had a big lead-up to a new signing you just knew it would be something special. Especially when Sunderland let the world know they were about to sign a “mystery international player” from an overseas club, calling an impromptu press conference for the big unveiling.

The gathering media wondered aloud among themselves, curious as to who this megastar might….Phil Babb. It was Phil Babb.

I know, I know, Jermain Defoe was extremely good for Sunderland. The thing is, that is exactly what makes it weird.

Signing a 32-year-old striker from MLS, who scored one league goal in his last Premier League season, shouldn’t work.

Signing him to play as your main creative force, something which he had never seemingly even shown an interest in before joining, should work even less. And yet… and yet.

Rory Delap played only 12 games for Sunderland. Yet he played under four different managers: Mick McCarthy, Kevin Ball, Niall Quinn and Roy Keane. That’s too many. 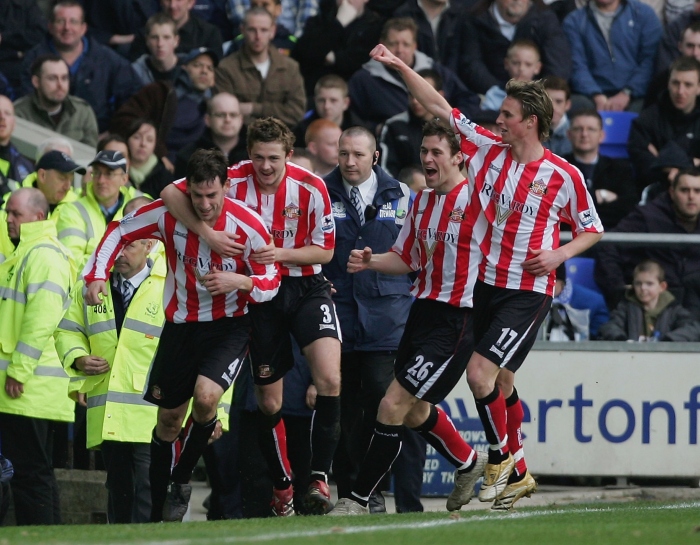 A relatively sensible signing in many ways, but on the other hand he ended a team-mate’s career by shooting him in the eye with an air gun.

A spokesperson for the club said at the time: “It was an unfortunate accident as neither player believed that their air pistol was loaded” – which they must have thought would be the end of it all.

However, we still have to ask why someone would fire any air gun, loaded or unloaded, at someone’s eye. Answers on a postcard, please.

Remember earlier when we talked about Andy Cole signing for the club despite having once played for Newcastle? Well, the reason for keeping such a difference between the two spells might come down to Lee Clark’s stint at the Stadium of Light.

Clark wasn’t just a former Newcastle player but also a boyhood Newcastle fan. In fact, he was the kind of Newcastle fan who would wear a “Sad Mackem Bastards” T-shirt to watch the club he supports. While still under contract to Sunderland. 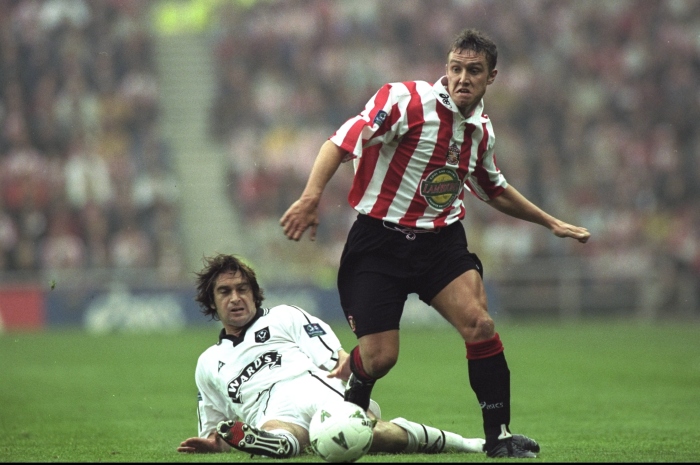 When you sign a player, it helps to do some due diligence.

Sadly for Sunderland, while they were busy making sure the Ivorian was fit enough to pass a medical after being out of the game for a little while, they somehow overlooked an ongoing dispute with his former agent which would lead to Eboué facing a one-year ban from football within a month of signing for the club.

Oh, and if you’re wondering whether this was sprung on them at no notice, the case was opened in 2013, three years before Sunderland signed him. Yeah, they probably should have done their homework.

One of two players here who were signed when Sunderland were in the second tier (along with Clark), but bear with us.

Fans of many clubs will find themselves complaining that certain things could “only happen here”, but we do genuinely believe Sunderland are the only club who could have a promising new signing turn his career upside down by hiding a literal murder suspect in the hotel room the club was paying for him to live in.

When Sunderland signed Stefan Schwarz, they insisted on a clause in his contract preventing him from going into outer space. We wish we were making this up. 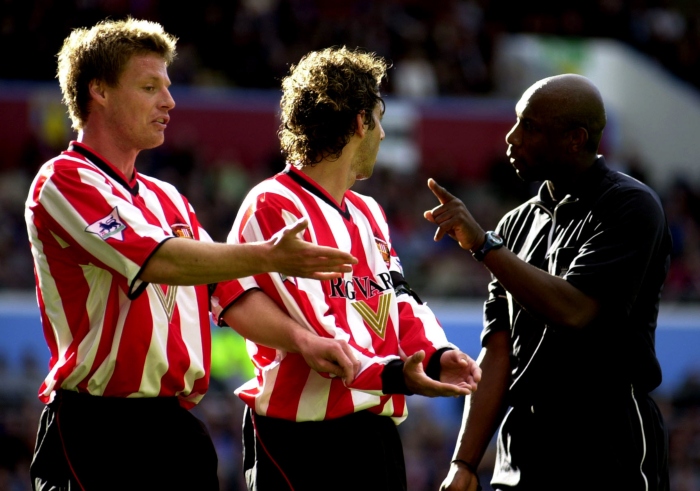 Excuses for Milton Núñez failing at Sunderland, in order of most to least regularly repeated.

– They thought he had once played for Uruguayan giants Nacional, whereas he in fact played for a third-tier team with a similar name
– Sunderland tried to sign Núñez’s PAOK team-mate Adolfo Valencia but ended up with him instead
– There were two active players called Milton Núñez, and they signed the wrong one
– He was used poorly by the coaching staff

Seeing as he scored 11 international goals when under contract to Sunderland, we’re starting to think the fourth option is very probably the most accurate one…actually, nah.

If this was any other football club, Núñez would have been the clear number one. Sunderland, however, are not your normal football club.

Álvarez spent time on loan at Sunderland, helping keep them in the Premier League. The thing is, in a classic “I bet all our money on the other team so there will be no victory pizza” scenario, the Black Cats hadn’t accounted for needing to pay €10.5million for the Argentine due to their Premier League survival.

The club reneged on the deal, but parent club Inter refused to take him back, leading to Álvarez being described as “a footballer who plays for Sunderland or Internazionale pending a FIFA decision”. Footballers should not, as a rule, have the word “or” in a description of their current employer.

Sunderland were eventually forced to pay the sum, but only after Álvarez had moved on to Sampdoria, meaning one of the most expensive signings in the club’s history never actually played for them – or indeed even actually officially signed. 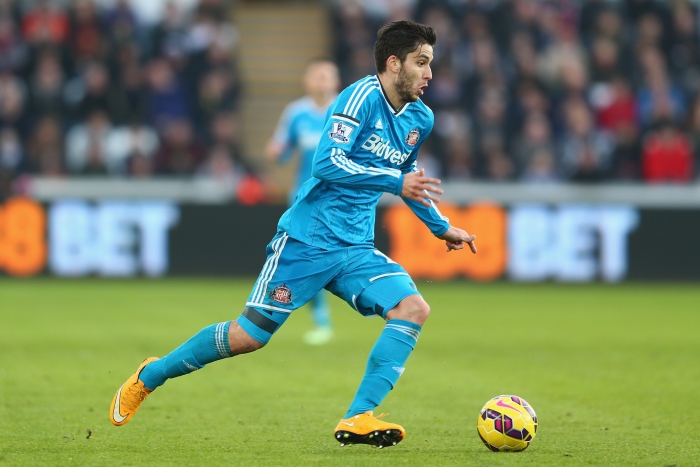