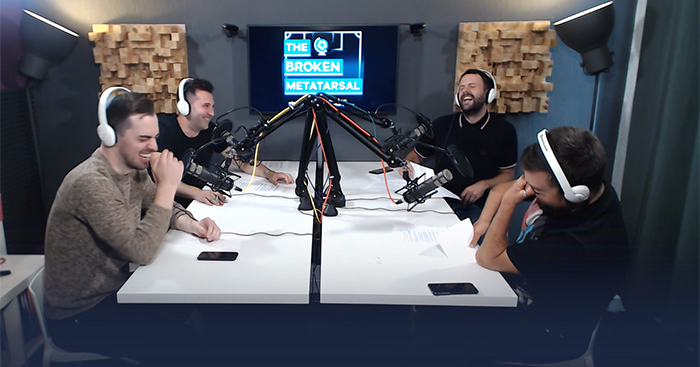 Manchester City‘s final season before the arrival of Sheikh Mansour was crazy even by their standards – and we remember some of the strangest goings-on in the latest episode of The Broken Metatarsal.

Thaksin Shinawatra bought City in 2007 citing “modest ambitions [that] don’t end with domination of the world game”, but by the time he sold the club a year later he’s had his £800million assets frozen in Thailand amid allegations of corruption.

Presenter and comedian Alex Brooker joins Rich Williams, Mark Holmes and Pete Farries to look back on that year of Shinawatra which featured Sven-Göran Eriksson appointed, ignored, then eventually sacked; the signing of three Thai players who never once played for the club in a competitive game; and an 8-1 defeat at Middlesbrough on the final day of the season before which Richard Dunne had told Eriksson the players wanted to go on strike.

Michael Ball also joins the boys on the phone to provide a first-hand insight into the “madness” of that season which also featured the chairman’s wife interrupting team meetings and the chairman himself giving the players a team talk.

And, as always, the episode finishes with a game of Fact or Fiction in which Rich attempts to work out which of Mark, Pete and Alex’s unlikely stories about Sven are, in fact, true.